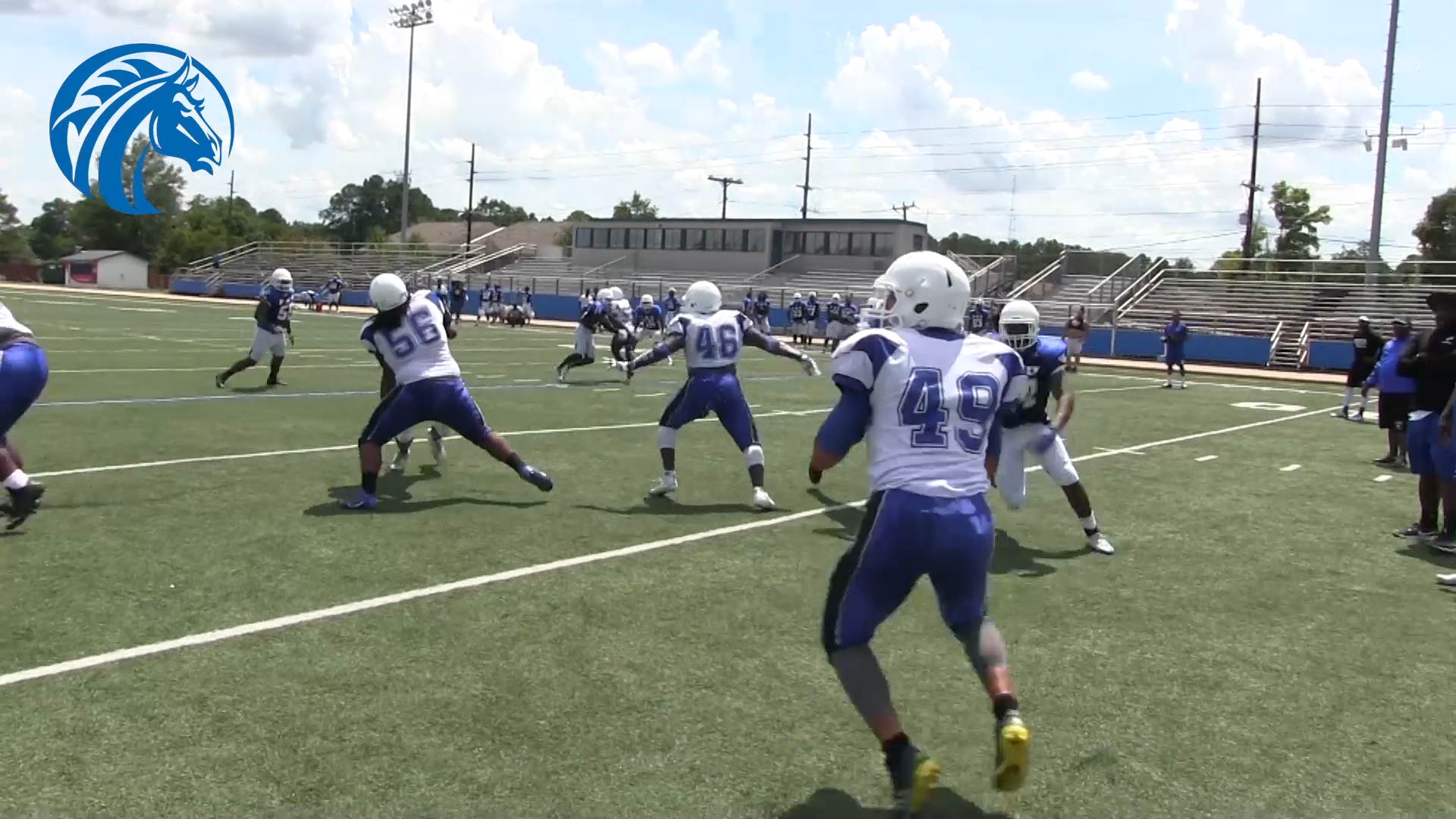 Fayetteville State University began the 2017 season in earnest on Saturday with their first live action in pads.  The Broncos are predicted to finish second in the CIAA Southern Division this year, just one place behind WSSU who they lost to in a 28-21 squeaker to end their 2016 season.

With a high of 91 degrees on Saturday, the Broncos jumped into the proverbial frying pan at Luther “Nick” Jeralds Stadium.  Not only were the players hot but so was the competition for starting roles.  Coach Richard Hayes has a young team with 51 freshmen out on the field, he tells his young guys that spots are open everywhere.

“We’re young all over the field but we’re not using that as an excuse. We expect those guys to come in and compete every day, take these jobs.  I told them all jobs are open and they are definitely competing for them,” said Hayes.

Experience can take you a long way in college football but youth isn’t necessarily a bad thing according to Hayes.

If the Broncos expect to meet or exceed the preseason predictions of finishing second in the division they’ll need to find the right quarterback to take them there.  Devin Knudsen gave FSU solid play last season but was injured and couldn’t compete in spring practice. DeMarius Davis did practice during the spring but Coach Hayes has some young players in the mix as well.  A starter hasn’t been named yet and it will be at least another week before they do so according to Hayes.

“As I said earlier in the year, Donshel Jetton is a special young man and I think we saw some footage of that today.  He’s going to be a good one for us.  Richard Latimer also a freshman came in and made a couple of big time throws today.  So we’re just letting those quarterbacks compete. We haven’t set a guy yet. By the end of next week, we want to have a starter named.  It’s a four man race right now.”

The Broncos open up the season on September 2nd at Chowan, followed by a home game with Wingate and then the Down East Classic in Rocky Mount versus Elizabeth City State.

Certain video used in this story is courtesy of Fayetteville State University Athletics.