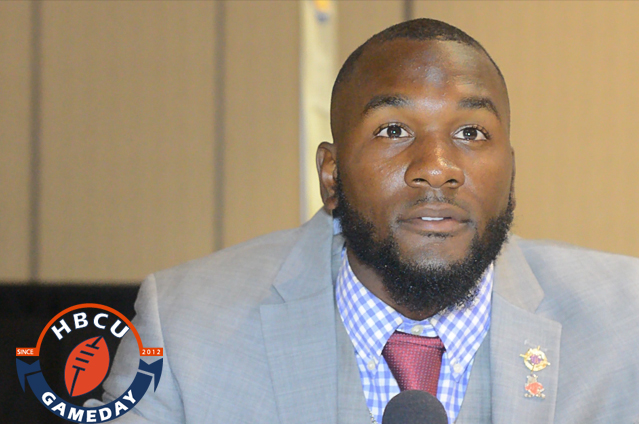 The STATS FCS Buck Buchanan Award released its preseason watch list that includes 21 of the top defensive players in the FCS (Football Championship Subdivision). Out of the 21 players named, three attend HBCUs.

The 2016 MEAC Defensive Player of the YearDarius Leonard, a 6’1,220 lbs LB out of South Carolina State, is among the candidates . He led the MEAC in tackles last season with 124, 3.5 sacks and two interceptions. Leonard had 10-plus tackles in seven of SC State’s 11 games highlighted by a 19-tackle performance at College Football Playoff National Champion Clemson on Sept. 17. He was also named the Sheridan Broadcast Network Sports Mel Blount Defensive Player of the Year and an AFCA All-American.

Keontre Jackson was selected as the 2017 SWAC Preseason Defensive Player of the Year after a stelalar junio season. Jackson, a 6’4, 230lbs, senior DE/OLB led the FCS with 25.5 tackles for loss to go along with nine sacks and six quarterback hurries. He also finished second on the team in tackles with 55.

Tennessee State’s Ebenezer Ogundeko, a 6’2, 260lbs defensive end has been named to the award list for the second consecutive year. The former Clemson star led all Ohio Valley Conference defensive linemen with 25 solo tackles despite playing in just eight games. In 2016, Ogundeko finished in the top three in tackles (48), tackles for loss (11.0) and sacks (5.5). He also had five quarterback hurries, a forced fumble, two fumble recoveries and a blocked kick to his resume for the season.

The Buck Buchannan Award is named after the former Grambling star defensive lineman that went on to become the top pick in the 1963 AFL Draft and was eventually selected to the Pro Football Hall of Fame.