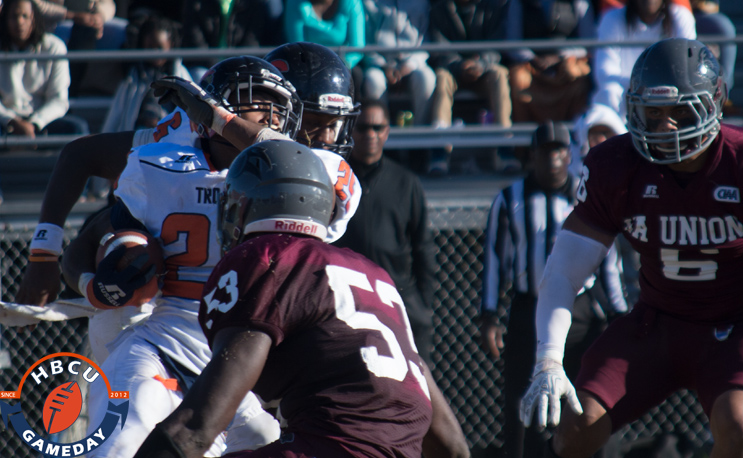 There are only two regular season CIAA games set for TV and both feature VSU.

The CIAA football television schedule has finally arrived, and if you are a fan of Virginia State, it was definitely worth the wait.

The conference has just three games selected for broadcast in 2017, including the CIAA Championship Game. VSU will be in both the regular season contests and possibly the championship game as well.

VSU’s Homecoming Game against Bowie State at Rogers Stadium on Oct. 14 will be the first broadcast of the season for the CIAA. The two Northern Division rivals put on quite a show in last year’s television game when Bowie mounted a thrilling comeback to defend its home field in its homecoming game. The game will feature BSU’s Amir Hall and VSU’s Trent Cannon, two of the leading candidates for CIAA Offensive Player of The Year.

The second broadcast will also take place at Rogers Stadium, as the home team takes on nearby rival Virginia Union on Nov. 14 at 2 pm. VSU dominated their Richmond rivals in 2016, turning it into a route as they won 48-21. VUU will have its first two games televised on local television as well, but those are not a part of the conference package.

The third and final game on the schedule is the CIAA Championship Game. The game will be played on Nov. 11 in Salem, VA. Bowie State and Winston-Salem State are the favorites to make it back to the title game for a third consecutive year.

WSSU and Bowie State’s Sept. 9 game won’t be televised, but it will be streamed on ESPN3 as part of the Division II National Showcase.

All three games have the potential to be exciting, high scoring affairs, and both regular season contests could go a long way towards determining who represents the Northern Division in Salem. That said, with the CIAA attempting to bolster its football resume and celebrate 125 years of HBCU football, this schedule seems a bit light.