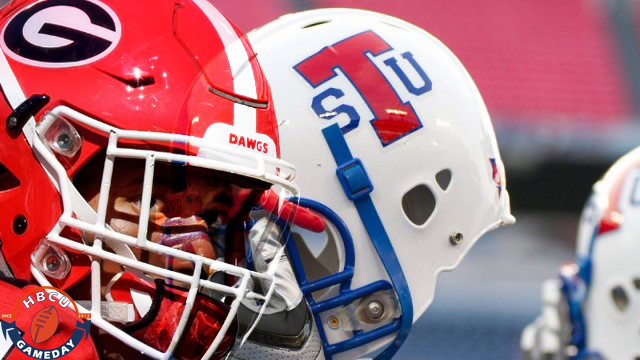 The SEC pipeline to Tennessee State is still pumping as the season gets close.

Tennessee State, like most of the college football programs around the country, is anticipating the start of the 2017 season. And with good reason.

TSU had a solid summer, racking up four SEC transfers in the offseason.

Former Georgia tight end Justin Hurston will be in football camp when it kicks off on Wednesday. The Stockbridge, GA native redshirted his freshman season in Athens, GA.  He will be joined by former Florida quarterback Treon Harris, former Ole Miss offensive tackle Christian Morris and former LSU guard Chidi Okeke who joined up earlier this year.

“(Hurston) was at Georgia and didn’t think he was going to get the playing time that he originally thought he was going to get,” TSU coach Rod Reed said via The Tennessean. “We had seen him in high school. He decided that he wanted to leave and tight end was a need position for us so we thought he would be a good one to come in.”

Hurston and Co. will join a program that has had success with former SEC players, as tight end A.C. Leonard put together a strong career after dropping down to the FCS HBCU a few years back.

And it’s not like the new guys will be joining a team with bare shelves. TSU has five preseason All-Ohio Valley Conference selections, including preseason Offensive Player of the Year Patrick Smith, and has been predicted to finish third in the conference. TSU went 7-4 last season.

The only HBCU not in the MEAC or SWAC at the FCS level, TSU will meet teams from both conferences this season as they host Jackson State in The Southern Heritage Classic on Sept. 9 and then travel to Tampa, FL to take on FAMU the following week.