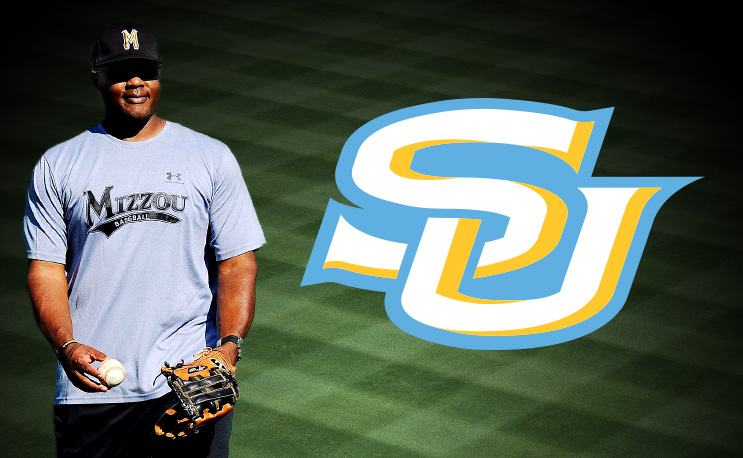 Jaguars hope they have a home run in new baseball coach.

Southern University officially announced their new baseball coach on Tuesday afternoon with the hiring of Kerrick Jackson, a former assistant coach for Missouri.  Jackson takes the place of longtime coach Roger Cador, who stepped aside earlier this summer after a 33-year stint with the Jaguars.

Jackson has a mix of collegiate and professional experience in baseball.  He was working as a professional sports agent for the past two years prior to taking the job at Southern.  Before his time at Missouri he spent three years with the Washington Nationals as their scouting supervisor.  Jackson is familiar with the Louisania area having also coached at Nicholls State.

Jackson spent five years with the Mizzou program before leaving for family reasons, after the 2015 season. At the time he told the Columbia Tribune that he wanted to be a stay at home dad for at least a year.  If his twitter handle (@Im_That_Dad_KJ) is any reflection of his reality, he really enjoys the family life.

Jackson is no stranger to HBCU baseball, despite his most recent job in the SEC. He was a pitcher at Bethune-Cookman in 1996 before moving on to the University of Nebraska. Jackson is replacing Cador but he will still have him in the proverbial bullpen on campus.  Cador will assist the university with fundraising with his new position of director of athletics advancement.

Jackson’s mission at Southern will be two-fold at the very least; winning on the field and in the classroom.  The Jaguars haven’t won a SWAC Championship in the last eight years going 31-59 over the past two seasons.  He will also have to deal with sanctions from the NCAA due to poor Academic Progress Rates.  The University has at least one more year of APR sanctions that reduce practice times, scholarships and a postseason ban.