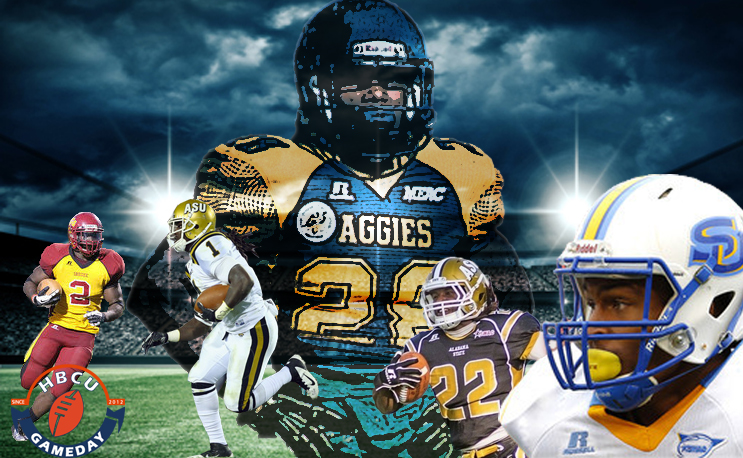 There have been several great RBs in HBCU football since 2012, but two stand above the rest.

As HBCU Gameday celebrates its fifth anniversary, we look back on the players, coaches and moments that have helped shape its tenure and build the foundation.

We started out with the quarterbacks on Monday, looking at the best QBs in each season and picking our all-time passer. On Tuesday we take a look back a the ball carriers who frustrated defenses and ignited crowds over the past five years.

Washington was a Division I talent in D2 and paid off big time for ‘Skegee in 2012. The former Missouri running back rushed for 1,399 yards and 18 touchdowns en route to being named the SIAC Offensive Player of The Year while helping his team win the SIAC title.

Cohen burst onto the scene in 2013, leading the MEAC in rushing with 1,148 yards as a freshman. But it was Isaiah Crowell, the former Georgia back, who stood out among HBCU backs that season. Crowell rushed for 1,121 yards and 15 touchdowns while averaging 6.6 yards per run. He also added nine receiving touchdowns on just 27 catches. He would go on to enter the NFL Draft the following spring, and despite going undrafted, he has led Cleveland in rushing in each of his first three years in the league.

After two years of being a known commodity in HBCU and FCS circles, 2015 was the year Tarik Cohen became a name no college football fan could ignore. It started over the summer with his viral “flip-catches” and ended in a wizard-like performance in the Celebration Bowl where “The Bunn Blur” rushed for almost 300 yards on an empty stomach. He finished the season with 1,543 yards and 15 touchdowns while leading A&T to a share of the MEAC title and an HBCU National Title.

Coming into the season the question was whether or not Cohen would be able to top his fantastic junior season. All Cohen did for an encore was rush for more yards (1,588 yards) on less carries (his average jumped from 5.8 yards per carry to 7.5) and rush for more touchdowns while catching 37 passes in one season after averaging just 20 per season his first three years.

The all-time leading rushers for the MEAC and SWAC respectively, these two backs had careers for the history books. Tillery finished with 4,856 yards and helped Southern to two SWAC title games (winning in 2013) after starting his career as a walkon. Cohen’s 5,619 yards put him second on the HBCU all-time list, according to the Black College Sports Page, trailing only Winston-Salem State’s Richard Huntley.

Both Cohen (Bears) and Tillery (Rams) will get a chance to join Crowell as HBCU backs to make an impact in today’s NFL, something that few have been able to do since the days of Walter Payton.