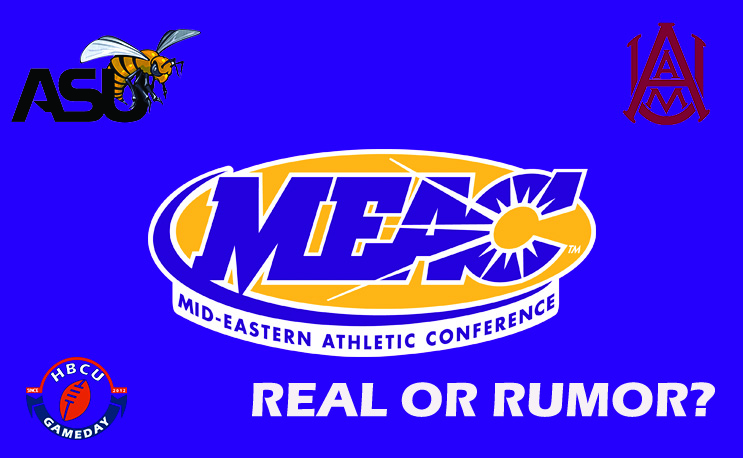 Summer is here and two things come along with that: hot weather and college football rumors.

The latest college football rumor in the HBCU world is that Alabama’s two FCS HBCUs, Alabama State and Alabama A&M, are preparing to jump from the SWAC to the MEAC.

This move, if it were true, would have a seismic effect on the landscape of black college football for both the MEAC and the SWAC. Adding ASU and AAMU would give the MEAC a total of 14 schools following Savananah State’s expected departure following the 2018 season, 12 of them with football teams. That’s a number that MEAC fans have hoped would help the conference get a championship game.

It would be a major loss for the SWAC. The conference just announced that it will discontinue its championship game following the upcoming season, and losing two schools would leave them with just eight conference members unless a new program was added. A

As for the schools themselves, the move might be a lateral one at best. Ask yourself this question, how much of a step up is the MEAC from the SWAC in terms of competition and TV revenue? Then there’s the little aspect of travel price? It’s a nice ride from Montgomery to Houston, but not as much of a haul to Mississippi or Louisiana as regular trips to Baltimore, DC and Delaware.

HBCU Gameday reached out to several sources, and all of them either denied any knowledge of such a move or said that they were false. Alabama State does have a press conference scheduled for Monday, but Alabama A&M’s football coach James Spady and women’s basketball coach Margret Richards both told Mo Carter of WZDX that their school was not hopping conferences, which means that at least half of this scenario is untrue.

So for right now we’ll have to file this under: