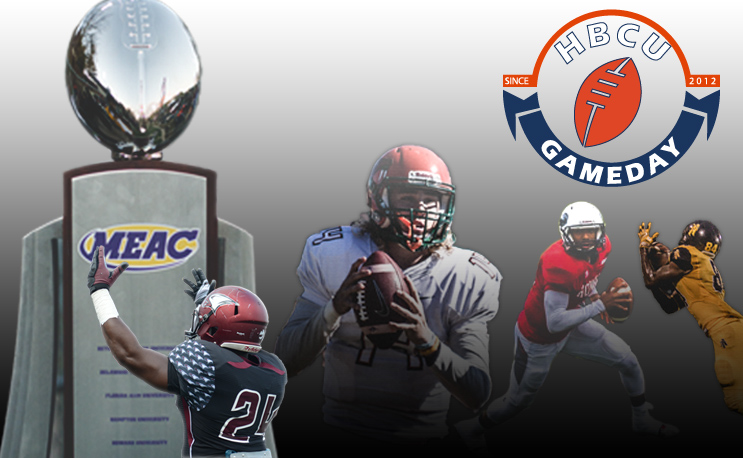 The top question for every MEAC squad heading into the 2017 football season.

Its still officially spring, but the minds of millions of college football fans are eagerly set towards the fall. We’re three months from the official start of the HBCU football season, but it will be here before you know it (at least that’s what I tell myself).

We’ll kick off our summer long 2017 HBCU football preview with a look at the top question for each MEAC program roughly 90 days before the start of the season.

Bethune-Cookman: Was last season a fluke?

Heading into the 2016 season, BCU was as consistent a program as there was in HBCU football, especially at the FCS level. BCU had won all or part of the MEAC title in all but one year (2011) from 2010 through 2015, and they were expected to contend again in 2016. But it was a star-crossed season from start-to-finish, as lightning delays resulted in a cancelled game against Alcorn State in its opener and it lost its next five games, resulting in a 4-6 finish.

Delaware State: Can the Hornets put together back-to-back wins?

Ryan Stanley had a solid first year for FAMU in 2016.

FAMU: Can Ryan Stanley and the Rattlers build off last season’s solid finish

The first month of FAMU’s 2016 season looked like another disappointing one with an 0-4 start, including a heartbreaking loss to Tuskegee in the Fifth Quarter classic. But the team improved as its freshman quarterback did, finishing 4-3 over its last seven games. Will that momentum carry over and make FAMU a factor in the MEAC once again?

Hampton: Is this a make or break year for the Connell Maynor Era?

It seems like only yesterday Hampton lured former North Carolina A&T quarterback Connell Maynor to the FCS ranks after his dominant stint at Winston-Salem State. Three years in Hampton’s record is 15-20 overall, 13-12 in the MEAC. It’s been 10 seasons since HiU won a MEAC title, its longest drought since going 50 years between CIAA titles.

If the Pirates can’t take a step forward this season, when will it happen and will the current coaching staff get the chance to be a part of it?

Howard: Can the Bison live up to the hype?

No team in the MEAC has had more headlines than Howard this offseason. Hours after landing Caylin Newton (Cam’s brother) as its future quarterback, HU made an even bigger splash with the hiring of former FCS champion and Virginia head coach Mike London.

London inherits a team that hasn’t won anything but does have some talent, especially with running back Anthony Philyaw, who is one of the top backs in FCS football. It’s been almost a quarter century since Howard has won a conference title, well before anyone on the roster was in diapers. London has had success early at jobs both at Richmond and UVa, and he’ll look to work his magic on the Hilltop this season.

Morgan State: Can Elijah Staley have a DeVante Kincade-like impact in Baltimore

Last season Grambling was the former HBCU football power who landed an SEC quarterback in DeVante Kincade. This year it is Morgan State, who landed former Mississippi State quarterback Elijah Stanley this winter. MSU ranked seventh in the MEAC in passing offense in 2016, so Stanley will have his work cut out for him.

Norfolk State: Can the Spartans find some offensive playmakers?

For much of the last decade, NSU has played good to great defense, but bad to just-plain ugly on offense, and last season was no different. NSU averaged just 15.8 points per game and finished next-to-last in the conference in yards per game. If the young Spartans can ever get a solid offense in place they could take a big step forward in 2017.

Elijah Bell caught eight TD passes as a freshman in 2016.

North Carolina A&T: Can the Aggie passing game pick up the slack for departed stars?

Not only will A&T have to replace the face of its program (not to mention the MEAC and HBCU football in general) in Tarik Cohen, it will have to replace the production put up by his running mate Denzel Keyes. The wideout from Kinston caught an A&T record 25 touchdown passes in his career (including 10 as a senior) and was a weapon that teams had to watch as closely at the goal line as they did Cohen.

Elijah Bell thrived opposite Keyes as a freshman last year, catching 35 passes for an average of 18 yards per catch and scoring eight touchdowns. This season he’ll be the top target of quarterback Lamar Raynard, who showed progress as the season wore on, but who won’t have Cohen to hand the ball to or Keyes to dump it to. Can Bell and Raynard guide A&T to continued success in a post Cohen-Keyes era?

To say NCCU lost a lot from last season’s team would be an understatement. Malcolm Bell, the quarterback who led the team to three straight MEAC titles, is gone. So is his center Carl Jones, who anchored the conference’s top offensive line. And so are his top receivers in Quintin Atkinson and Lavontis Smith. And so is All-MEAC defensive back Mike Jones, who went to Temple as a graduate transfer. That’s a lot to replace, but the last thing you want to do is count NCCU out.

Savannah State: Can the Tigers build on the momentum of 2016?

For the first time since they entered the conference a few years back, SSU was not a team that the rest of the conference could pencil in a win against as soon as the schedule came out. Erik Raeburn’s squad went 3-5 in MEAC play in 2016 and was a few plays away from going .500 or better conference play. The program’s MEAC days may be numbered, but don’t expect the Tigers to go out with handing out some losses before they head back to D2.

South Carolina State: Can Darius Leonard and the defense lead SCSU back to the MEAC title?

It was an overall disappointing season for SCSU in 2016, but as usual, the defense was a bright spot. Led by their talented junior linebacker, SCSU allowed a conference-low 31 touchdowns last season, and once again managed to hold Cohen below 100 yards. With a defense like that, a MEAC title run is always a possibility.