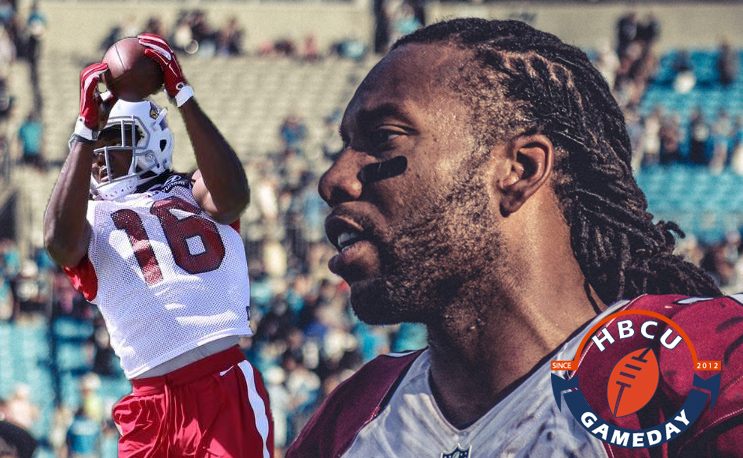 “Once it touches his hands, it just doesn’t move,” Boldin told reporters via Cardinals’ twitter. “He’s got unbelievably strong hands. He’s got deceptive speed, like when he’s running with guys, you see him and it’s like ‘man he’s moving. Man he’s really moving, getting behind guys.

Boldin played with the Cardinals from 2003 through 2009 before being traded to the Baltimore Ravens. The three-time Pro Bowler was named NFL Offensive Rookie of The Year and currently has 1,076 receptions for 82 touchdowns.

“I love his confidence, he’s a really outgoing young man,” Fitzgerald said. “He has a really high IQ, which always helps.”

Williams was picked by the Cardinals in the third round of the 2017 NFL Draft after a standout career at Grambling.

“Today was the most important day of my life.”@Go_10_ signed his first @NFL contract today! pic.twitter.com/Cgwms1RMpG