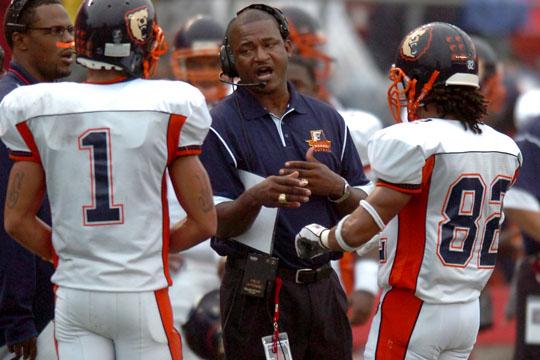 The winds of change are blowing in many football programs across the country, including several HBCUs. Livingstone and Virginia State of the CIAA have already begun their search for a head coach, as has Florida A&M. According to several internet sources, Morgan State may be the next program looking for a coach.

The Baltimore Sun, as well as websites like Football Scoop are reporting that a change is brewing in Baltimore .The Sun’s report says current head coach Donald Hill-Eley accidentally received an email that the university is seeking a replacement.

Morgan State officials have not made an announcement regarding Hill-Eley’s future with the program.

Hill-Ely has coached the Bears for 11 seasons, but he’s been under increased scrutiny for the last two years. Hill-Eley says he hasn’t been given the resources needed to be successful. The program hasn’t won a MEAC Conference Title since 1979. He has compiled a 54-69 record during his time at Morgan.

“It’s about resources, bottom line,” he told The Baltimore Sun. “They think that just because they have a stadium, that’s enough. But you look at a place like Towson, and they’ve significantly increased their investment in their program. I’m doing everything I can here, and the administration sits back and says I’m already getting enough.”

Editor’s Note: Donald Hill-Eley was eventually let go following the 2013 season. He would later go on to become an assistant at Norfolk State, and eventually, the head coach coach at Alabama State, going 20-21 before being dismissed in October 2021.