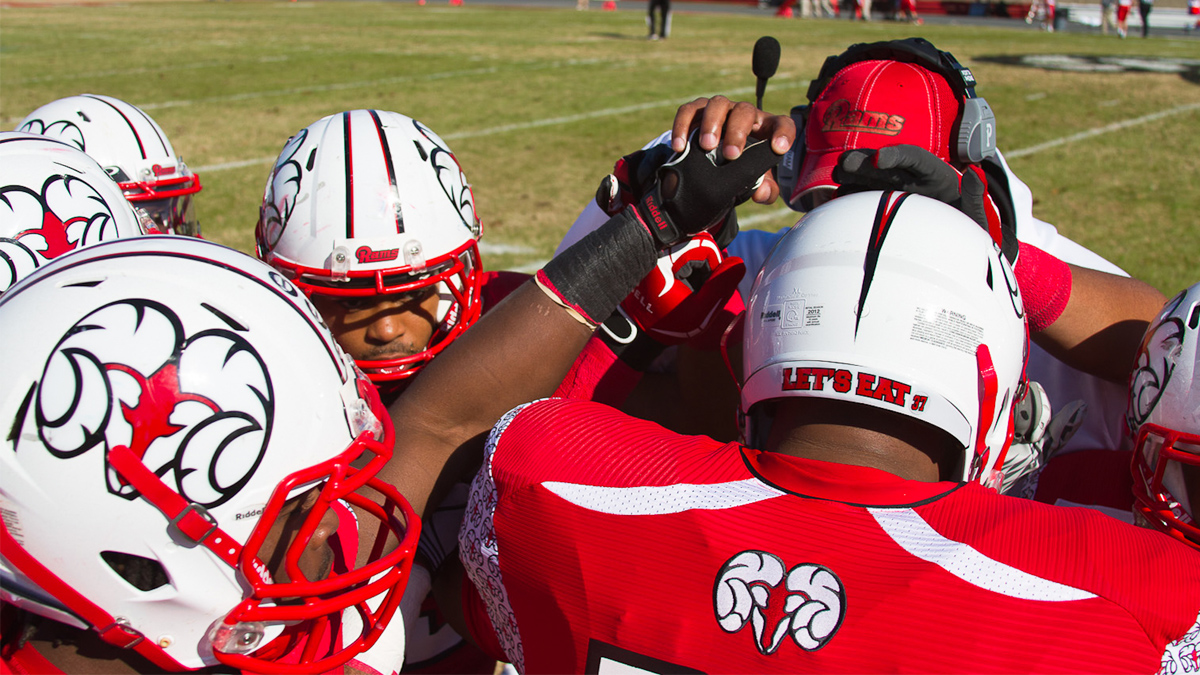 Winston-Salem State took care of business against Shippensburg to advance in the D2 playoffs.

Playing without their starting quarterback and conference Player of the Year in the playoffs, most teams would be happy just to win. But at this point in the season it’s clear, Connell Maynor and Winston-Salem State are no ordinary team. Though his WSSU squad dominated Shippensburg (PA) for a 37-14 win in the second round of the Division II playoffs, Maynor still saw room for improvement.

“The game wasn’t as close as our score was,” Maynor said. “Slice it any way you want, we should have beat them 50 to zip.”

Maynor chose to start backup quarterback Anthony Carrothers after Kam Smith was injured. Though Smith dressed for the game he would watch from the sidelines as Carrothers, a former starter at DI Grambling State, took the reigns of WSSU’s offense and directed the Rams to five touchdowns and 525 yards.

Carrothers completed 19 of 37 passes for 332 yards and three touchdowns. He did have one costly mistake, as a second quarter pass was picked off by Bryan Sourber and returned 64 yards for a touchdown.  He would make up for it in short order, however, connecting with Jameze Massey for a 69 touchdown strike and giving the Rams a 14-6 lead. The Red Raiders wouldn’t get any closer the rest of the game.

“I think Anthony played a great game for his first start in over two years,”  Maynor said of Carrothers’ performance. “You’re going to have some adversity in games, it’s what you do after adversity strikes and Anthony proved that he was a winner.”

The Red Raiders came into the game averaging nearly 50 points per game, and the Rams held them to just one offensive touchdown, a six yard toss from Zach Zulli to Trever Harman. Maynor couldn’t help but beam when talking about his team’s defensive effort, calling his defensive unit the best in Division II football.

“There is no question about it. We’ve proved it all year, we’ve proved it today when people thought we were going to get 45 points put on us.”

“We kind of knew what they were going to do before they did it,” Fields said. “It’s just basically game-planning before Saturdays.”

Winston-Salem State (12-0) will host Indiana University of Pennsylvania (IUP) on Saturday, Dec. 1. That game will mark the fifth time WSSU has hosted a playoff game in the past two seasons. Last year the Rams made it all the way to the national semifinals before losing to national runner-up, Wayne State . Despite the valuable experience they gained in their playoff run last year, Fields said he and his teammates are only looking forward.

“We know what we did last year,” Fields said. “We almost got it done, but we’ve got to do more.”

Maynor, however, has noticed a subtle change in his team’s demeanor after wins from last season to this one. The celebrations are much more brief, if they come at all.

“Even in the CIAA Championship against a great Elizabeth City team, that was a big win but the guys didn’t celebrate the way that normal teams celebrate after winning championships,” he said. “That’s because they are focused and have their eye on the big prize of winning the national championship.”