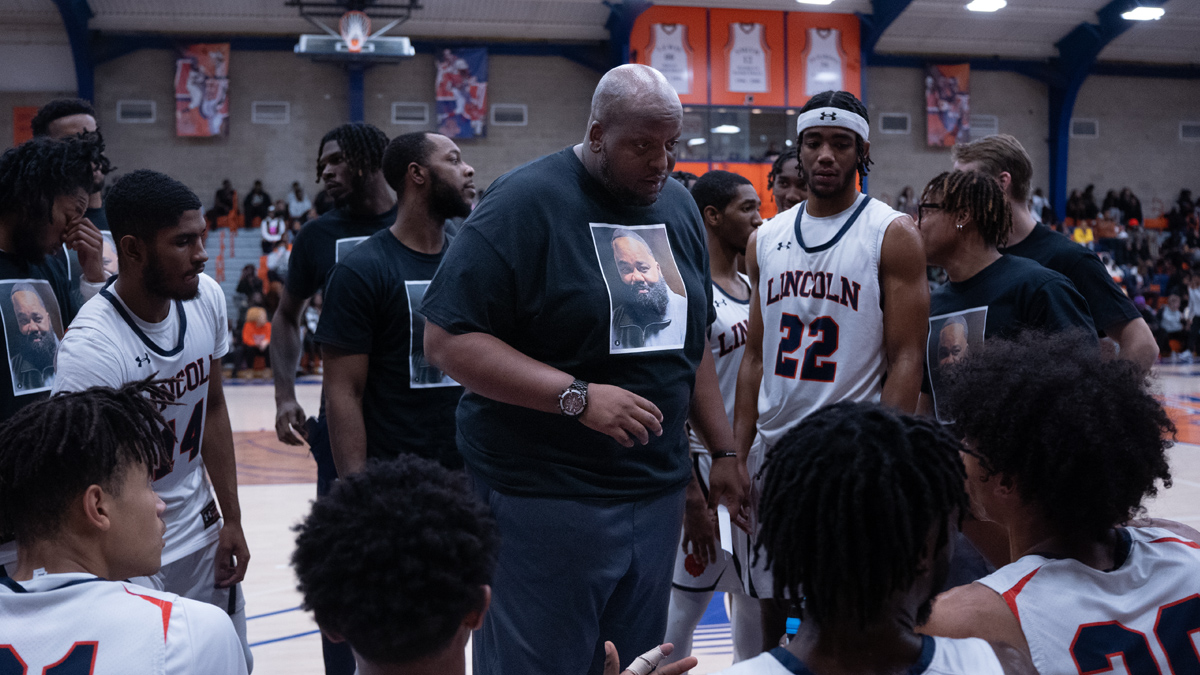 It takes a special man to bring together Lincoln University and Cheyney University. By all accounts, Gene Lett was that man.

There aren’t many things that Cheyney University and Lincoln University agree on — in fact there’s one never-ending dispute that defines their rivalry.

Lincoln and Cheyney call their annual meetups on the basketball court “The Battle of the First” as both Pennsylvania schools lay claim to being the first historically black college (better known as HBCU) in the United States. And you didn’t have to be an alumnus to feel the intensity in Manuel Rivero Gymnasium on Sunday when the two teams met on Sunday in the nightcap of the inaugural HBCU Gameday Classic.

The game was intense — if not competitive — from start to finish. Lincoln students arrived back on campus from Thanksgiving Break just in time to fill the orange bleachers in the intimate setting and make things hostile for the folks who bothered to venture over from Cheyney. Not just the opposing players, but even the Cheyney Cheerleaders weren’t immune from hearing boos.

One thing both Cheyney and Lincoln University did come together on was honoring the memory of Eugene “Gene” Lett Sr., a former Lincoln assistant and Cheyney alumnus who passed suddenly at the beginning of the week. Lincoln players warmed up in t-shirts with his photo on the front and a message on the back, and both Cheyney’s Terrell Stokes and Lincoln’s Jason A. Armstrong coached with those t-shirts.

“He is a staple in Philly coaching basketball,” Armstrong said after coaching his team to an 86-41 win. “A man that was amongst leadership in Philly, teaching young people, mentoring young people. He was well known. He coached here at Lincoln. He also graduated from Cheyney.”

Gene Lett passed away after collapsing following a basketball game on Nov. 20.  His death was felt within the program as well as in the greater Pennsylvania area all the way back to Philadelphia.

“We went to his funeral on Wednesday. His father came to the games, he supported the program. I literally talked to him two days before he passed. He passed away on Sunday. And we were just talking about basketball. He was a basketball mind. He coached. And just a great dude.”

Lett, Sr. had a direct tie to this year’s team. As direct as you can get. His son, Nas, is a sophomore guard at Lincoln University.

Needless to say, Nasir Lett has had an emotional week. The week before, his father was doing the things that he loved — being a rock in his community and playing basketball. Sunday he started his first collegiate game with his father not on the stands, where he would have undoubtedly been, but on the back of the shirts he and his teammates wore to warm up in. So much changed in his world over the course of those 170-odd hours.

Lett started in place of Korey Williams, the team’s leading scorer and lone senior — a decision that Armstrong felt was appropriate and one that Williams understood.

“I wanted Nas Lett to start,” he said. “Korey was okay with that, and was fine with that. So that’s leadership.”

Lett scored five points and grabbed five rebounds in 25 minutes on Sunday. He didn’t have much to say after the game —  understandably — but he did light up when talking about the support his teammates have given him so far.

“Speechless, really. They call me… call me every single day, checked on me even after the UDC game (on Saturday). They wasn’t even worried about the win. They were just happy that I was here. Cheering me on, you know, just giving me motivation.

No doubt, the young man will need that continued support in the days moving forward. Sitting on the bleachers following the win, Nas Lett contemplated what this game — basketball in general and “The Battle of the First” in particular — meant to his father, who hit the game winner in the final game of his some 170-odd hours earlier.

“He never missed a Cheyney game,” Lett reflected on his father. “I would say this game…this game meant a lot to him.”

While there is no doubt so much more that can be said about Gene Lett, his son’s assessment was a fitting last word.