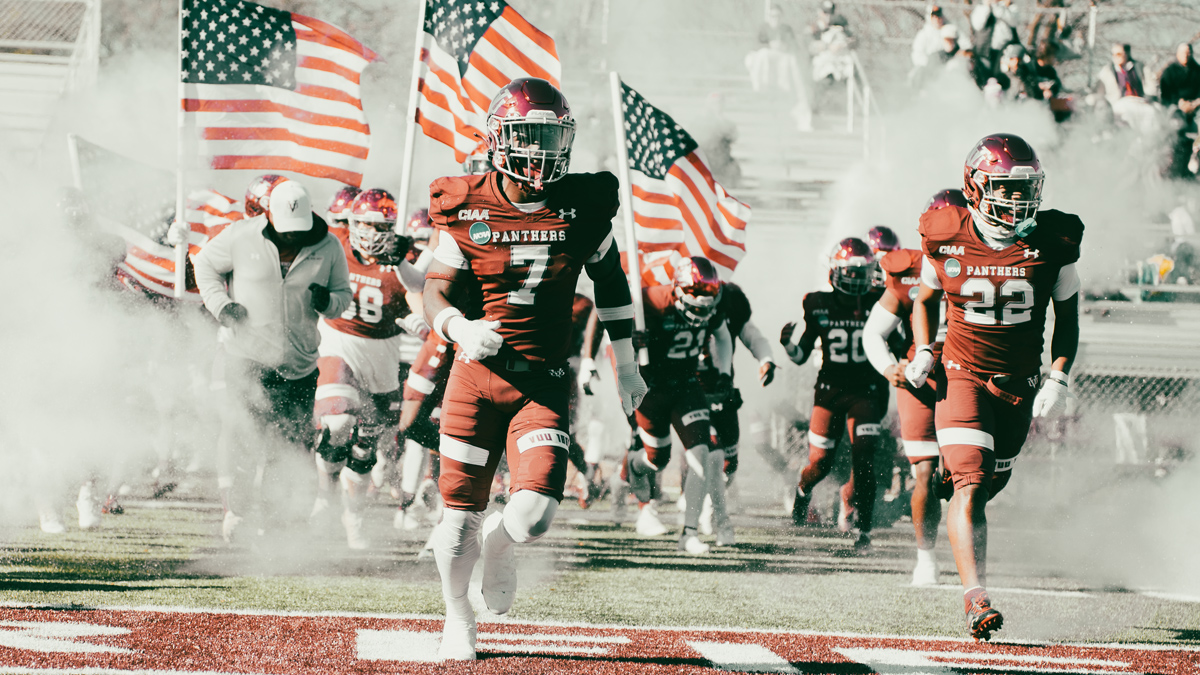 Despite Fayetteville State bringing the CIAA football title back to the south, the north continues to field stronger programs.

The CIAA football season has come and gone, which means it is time for grades. We started off with the CIAA South (read it if you dare) and we will conclude with the CIAA North which starts in *checks map* Northeast North Carolina.

Virginia Union (9-2) – Overall, VUU had an outstanding season.  The Panthers hosted a playoff game for the first time since 1991, and made the playoffs as an at-large for the first time since 2015.  Still, the Panthers played bridesmaid again by not making the CIAA championship game. Then they had a terrible matchup in the first round that really gave them a taste of their own medicine in Wingate, who had the offensive and defensive line strength to disrupt what VUU likes to do.

Nonetheless, Jada Byers, a sophomore, is a legitimate Harlon Hill candidate as Division II’s leading rusher and all-purpose yardage leader, and its defense was strong.  Other highlights include a win against Valdosta State, the first by a CIAA team, and a likely top 25 finish.  Big returners should be kicker Brady Myers, punter Marvin Holmes, wide receiver John Jiles, and defensive linemen Armonii Burden and Isaac Anderson.

Needs:  Many key pieces are graduate students or seniors, and have likely exhausted eligibility, including Mr. Everything linebacker Damontay Rhem, offensive linemen Darian Bryant and Brian Gibson, and quarterback Jahkari Grant.  So, the Panthers are likely going to be searching to build more depth in the offseason.

Chowan (7-4) – Chowan quietly amassed wins in the CIAA North, and was underrated all year. The signature piece of its season was making its first CIAA Championship game, and coming within a last second field goal of winning it. It ran the table in the North, including thrilling games on the road at Virginia Union and Bowie State, and a scintillating finish at home against Virginia State that involved scoring in the last minute to win.

Chowan’s offense struggled for much of the year as it tried to solidify its quarterback position, and it now looks like Rashad McKee is poised to be the next great Chowan quarterback. Its defense carried the team for much of the season, including its secondary and linebacker play.  The Hawks will lose star linebacker Montre Moore, but a number of pieces should return, including much of its offensive line and secondary. Demerits on its season includes Chowan dropping two winnable out of conference games, losing twice to Fayetteville State and extending a multi-year slide to the Broncos, and not quite shaking its reputation for losing in big games.   Needs: More depth at offensive line, linebacker, kicking, and quarterback.

Bowie State (6-4): BSU had lofty expectations coming into this season, but those expectations were likely too high given all the turnover that occurred late in the offseason.  Interim Head Coach Kyle Jackson should get another season to show what he can do with a full recruiting cycle, especially as he finished with a winning record and a win over a playoff participant as a first-time head coach. BSU was able to figure out its quarterback situation early, and its defense was rather steady, thought it was a bit depleted when compared to its gamebreaking abilities of years past.  The loss to Shaw was perplexing given how their season ended, while losing to Virginia Union at the goal line in overtime pretty knocked the Bulldogs out of conference and playoff contention.

Key returners should be linebacker Corey Shell, along with much of the wide receiver core of Kwincy Hall, Darious Bowman, and Quron Winder. Needs: There’s a lot of them.  Quarterback is a big one, with Dion Golatt exhausting his eligibility after a year of starting. CIAA Defensive Player of the Year and Senior Bowl Watch List defensive lineman Joshua Pryor has also exhausted his eligibility, as has fellow lineman Ellison Jordan. Defensive back is likely a need, as star Raymond Boone is also gone.

Virginia State (6-4): VSU markedly improved in a season that featured several highs and lows.  First-year head coach Dr. Henry Frazier was able to continue VSU’s strong run game with the pieces he inherited.  The defense was opportunistic, particularly with turnovers, as it was near the top of Division II in that category for much of the year.  The passing game was hot and cold, and wilted underneath the heat lamp that was Bowie State’s defense. Starting quarterback Jordan Davis should return, along with defensive back Kymon Pope.

Needs: VSU will have some pieces to replace, namely running back Darius Hagans, the conference’s second leading rusher. Linebacker and offensive linemen is likely a need too due to exhausted eligibility at those spots. Kicker and punter are also needs, as VSU lacked depth in this area and it occasionally hindered them from flipping the field and picking up easy points.

Lincoln (2-7) The Lions are trending up, especially since they now have a quarterback they can build around in Isaiah Freeman, the CIAA Freshman of the Year on offense.  Lincoln was one of the few schools that notched an out-of-conference win this season, and that win was one of its highlights. The Lions also proved to not be a pushover, losing three games by less than two scores, and challenging some of the conference’s top tier teams by scoring no less than 20 points.

The Lions will need to get more consistent on offense to take the next step towards respectability. Key returners should include defensive back Rontay Dunbar. Needs: The secondary has needs, as Eric Best and Kai Gray exhausted their eligibility.  Offensive line and wide receiver are also needs.

Elizabeth City State (2-8) While Lincoln is trending up, ECSU feels like another program stuck in neutral.  The Vikings notched wins against the other two schools at this grade, and even then those wins were a struggle. Opposing defenses harassed freshman quarterback Chase Williams and the accompanying offensive line, and converting third downs (22 percent) were a rare occurrence.  The defense was better, but asked to do too much with an offense who made a living coming off the field after three plays.

Key returners for next year should be defensive linemen Traveon Freshwater, Traevon and Raevon Freeman and running back Darian King.  Needs: Is it possible to say the entire offense? The wide receiver corps should be a top priority, as three receivers opted to transfer, and star Zion Riddick is graduating.   Quarterback and offensive line are also needs in order to continue reviving the offense.  The major contributors at running back, save for King, are seniors as well.  The linebacker group is losing Juanya’ Majette, a Harlon Hill nominee, to graduation too.