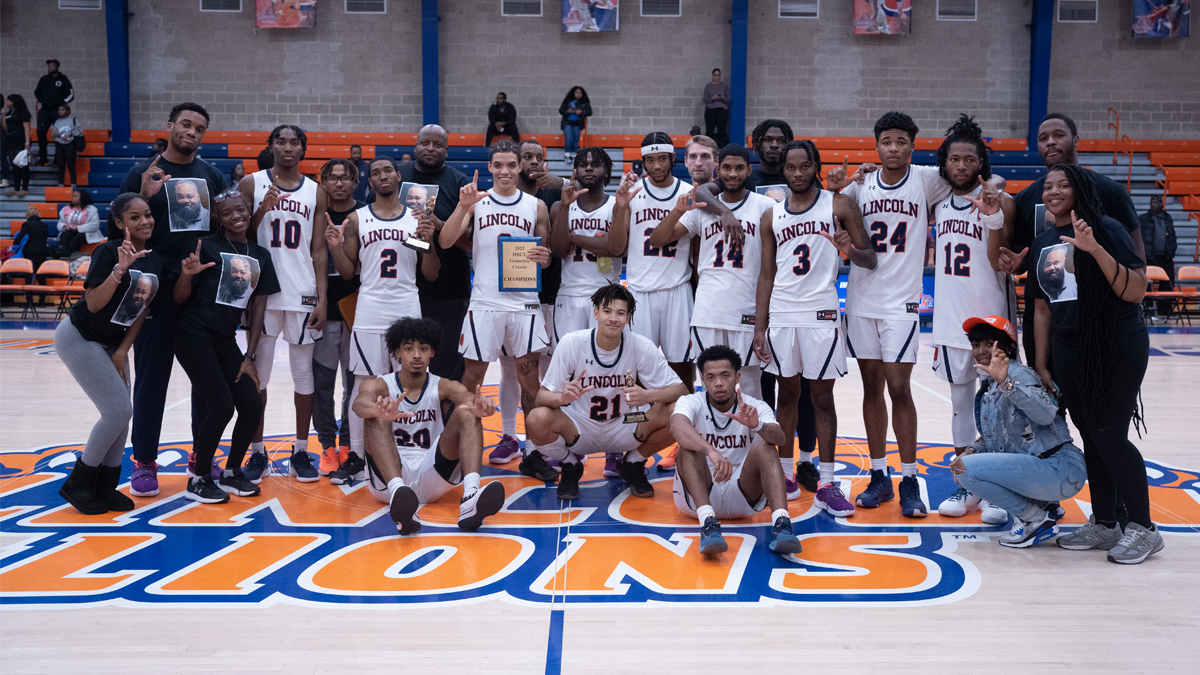 Lincoln University ran away from its rival Cheyney in the finale of the HBCU Gameday Classic.

The nightcap of the inaugural HBCU Gameday Classic featured a rivalry game between the two oldest HBCUs — Lincoln University and Cheyney University.

“The Battle of The First” was a battle for the first 10 minutes before host Lincoln overwhelmed their fellow Pennsylvania HBCU 86-41 in front of an exuberant crowd.

“This was great exposure for our guys, our families, our friends to come out and see some good HBCU basketball this weekend with Bluefield, UDC ourselves and Cheyney,” interim head coach Jason A. Armstrong said after the game. “It was a great opportunity for guys to showcase their skills on a positive network. And so we love the opportunity for and we definitely would love the opportunity to do it again and bring in some more teams, some more HBCUs next year.”

Leading the way for Lincoln was Korey Williams, who scored 19 points in 18 minutes after scoring 21 points in Saturday’s game against UDC. He was named the HBCU Gameday Classic Most Valuable Player for his performance in the tournament. Gabe Harris was two blocks shy of a triple-double, putting up 17 points and 11 rebounds to go along with his eight blocks.

Armstrong has known Williams since he was in ninth grade, as both men attended the same high school. When former head Coach Corey Lowery added him on to the staff, he signed Williams out of JUCO ball.

“I recruited him to come here when we needed a point guard when Corey asked me to be on the staff. Just the development of Korey, the leadership that we asked him to bring as a senior — a fifth year senior at that — and just the development and the leadership that I’ve asked him to bring every day to it, on the court, off the court, in practice, in games, and just seeing stuff on the floor. His game play this weekend was great. We couldn’t have asked for anything more.”

Williams’ senior leadership is necessary on a squad that doesn’t have much of it.

“I love the way that they’re developing and they’re growing together. You don’t have like one person. We have a plethora of guys that on any given night, somebody could give you 20, and that’s the best part about it because you don’t know who’s going to hurt you that night.”

Lincoln went 2-0 on the weekend, beating UDC 75-74. Bluefield State went 2-0 as well over the weekend, surviving a 96-95 barnburner against UDC on Sunday night.