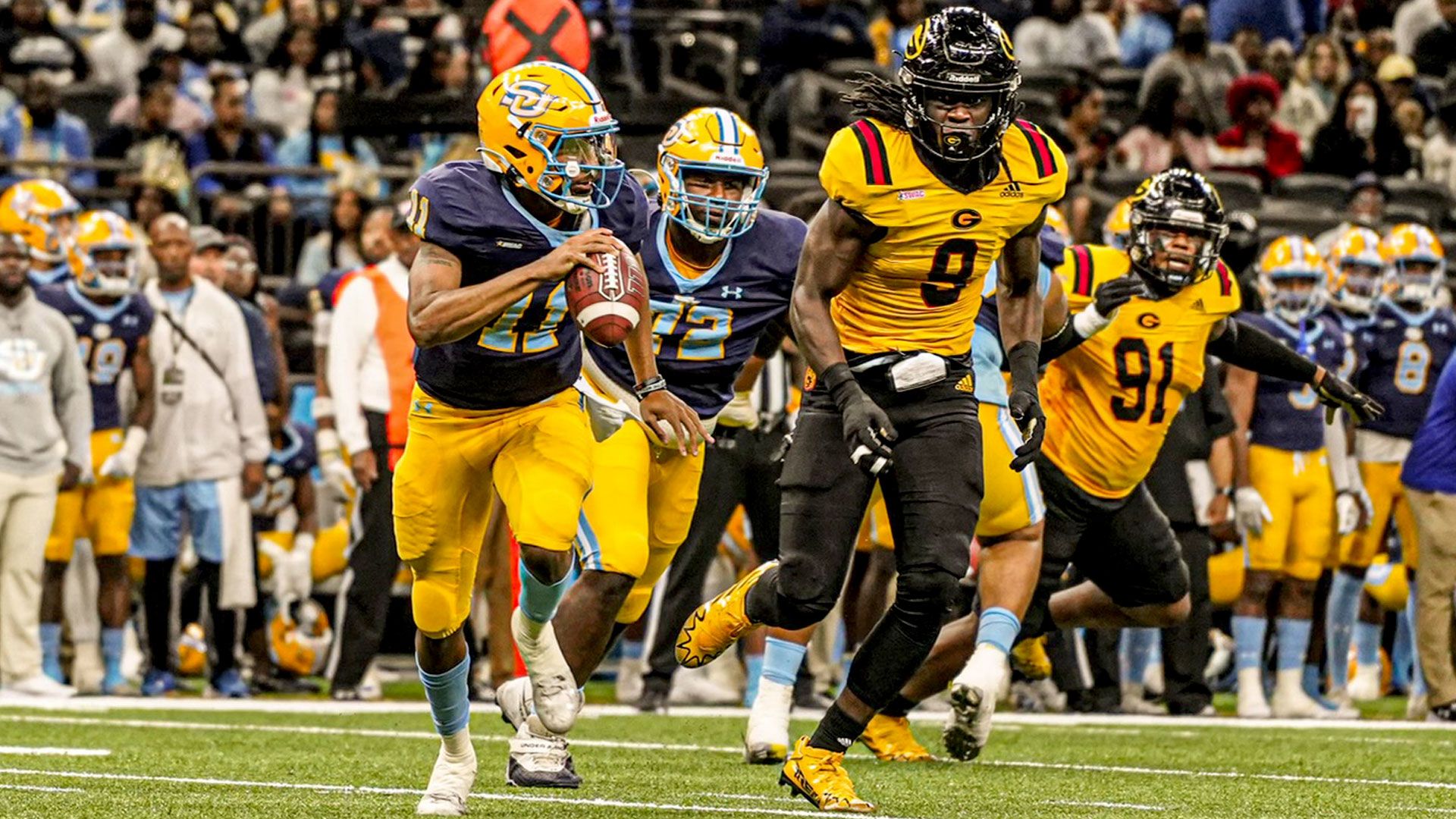 Southern got off to a slow start for the 49th Annual Bayou Classic on Saturday afternoon , but ultimately turned it up to overpower Grambling

Southern got off to a slow start for the 49th Annual Bayou Classic on Saturday afternoon , but ultimately turned it up to overpower Grambling by a final score of 34-17.

Besean McCray led the way for Southern, accumulating a team-high 93 rushing yards to set the tone. Southern put an emphasis on valuing the ball, as they did not commit any turnovers all game. Southern’s defense also caused havoc on the Grambling offense by forcing three fumbles on the afternoon.

Grambling had a 7-0 lead at the end of the first quarter, but couldn’t put together a full 60 minutes. In addition, the O-line was not in sync, allowing seven sacks. Floyd Chalk had a standout performance for Grambling. He rushed for a season high 120 yards.

Southern improves their record to 7-4 with the win clinching the top spot in the SWAC for the West. After spending some time celebrating, they’ll shift their focus to prepare for next week’s rematch against Jackson State in the SWAC Championship Game. For Grambling, today’s loss drops their record to 4-8. This was the last game of the season for the Tigers. Hopefully they’ll use this loss as offseason motivation.