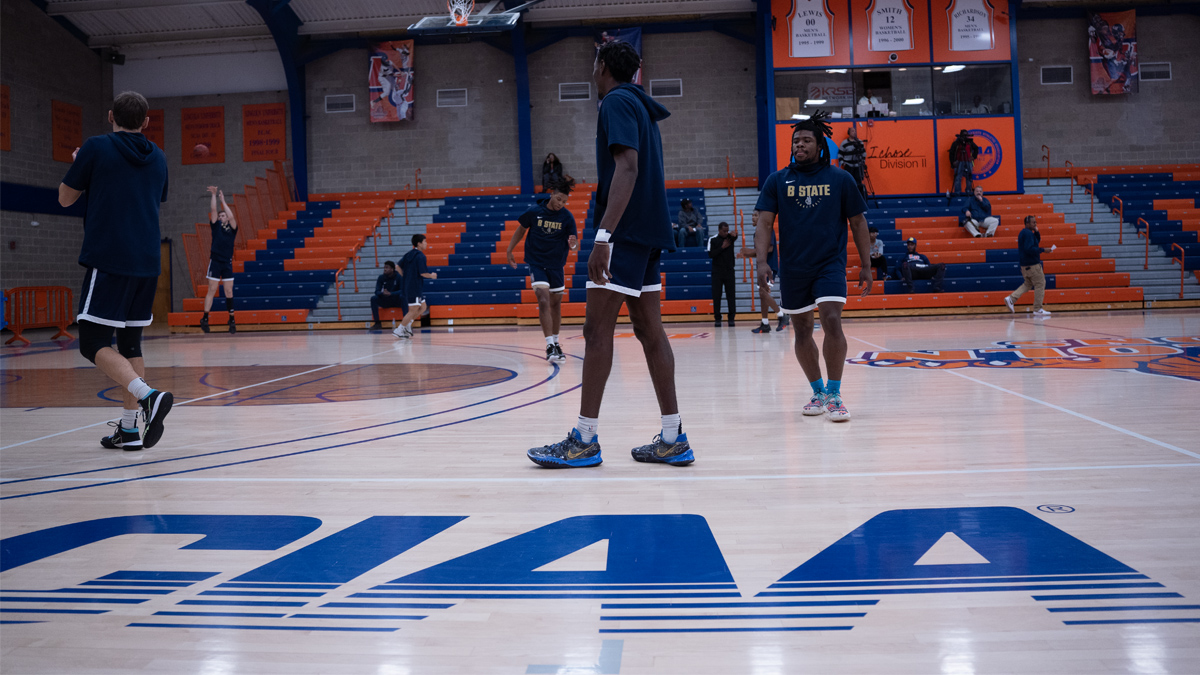 Bluefield State got a win in the HBCU Gameday Classic. But even getting a game is tough for this independent program.

Bluefield State got off to a blazing fast start in the inaugural game of the HBCU Gameday Classic on Saturday and never looked back.

It jumped out to a sizable lead early on Cheyney and cruised to a 103-52 win that didn’t make the game very competitive — but that was just fine with second-year head coach Devin Hoehn.

“Well, we needed that win considering we hadn’t had won all year. Chaney was a very good team. We knew we couldn’t take them lightly. They got players just like every other team in the country, and you got to go out there and play your game,” Hoehn said. “And I thought I thought our press kind of got to them a little bit today.”

That is probably an understatement, considering Cheyney turned the ball over 26 times. BSU only recorded eight steals, but the pressure on the defensive end and the shooting at the offensive end combined for a dominant performance.

BSU hit 12 of 18 3-point attempts, including a four-for-five performance from leading scorer Kaine McColley who finished with 21 points. Malik Lacewell and Samuel Desouza added 15 points each.

“It felt good and I’m hoping that we can kind of carry on from this,” Hoehn said.

The HBCU Gameday Classic offered Bluefield State a chance to get two games in the same location in back-to-back days, which is very important to its situation. The West Virginia-based HBCU is in an independent program without a conference, and just getting enough games is hard to come by.

“You have to schedule 26 games. We had nine games cancel out on us in July, so it was kind of scramble mode to try and get teams. We ended up getting teams, but it’s tough and that’s what we’re hoping. We get into a conference here sooner than later will make our job a lot easier. And I know our guys want to be in a conference as well.”

Sources have indicated that the CIAA leadership is admitting Bluefield State to its league in the near future. It has a total of six games against CIAA programs on its schedule this season.

BSU’s opponent for Sunday is UDC, who comes in at 2-3 after a close loss to host Lincoln on Saturday.

“We’ve got a tough schedule this year —  tougher than what I thought it was last year for sure. Which makes my job a little bit more difficult,” Hohen said. “But at the end of the day, it’s what these guys want. They want to play good competition.”