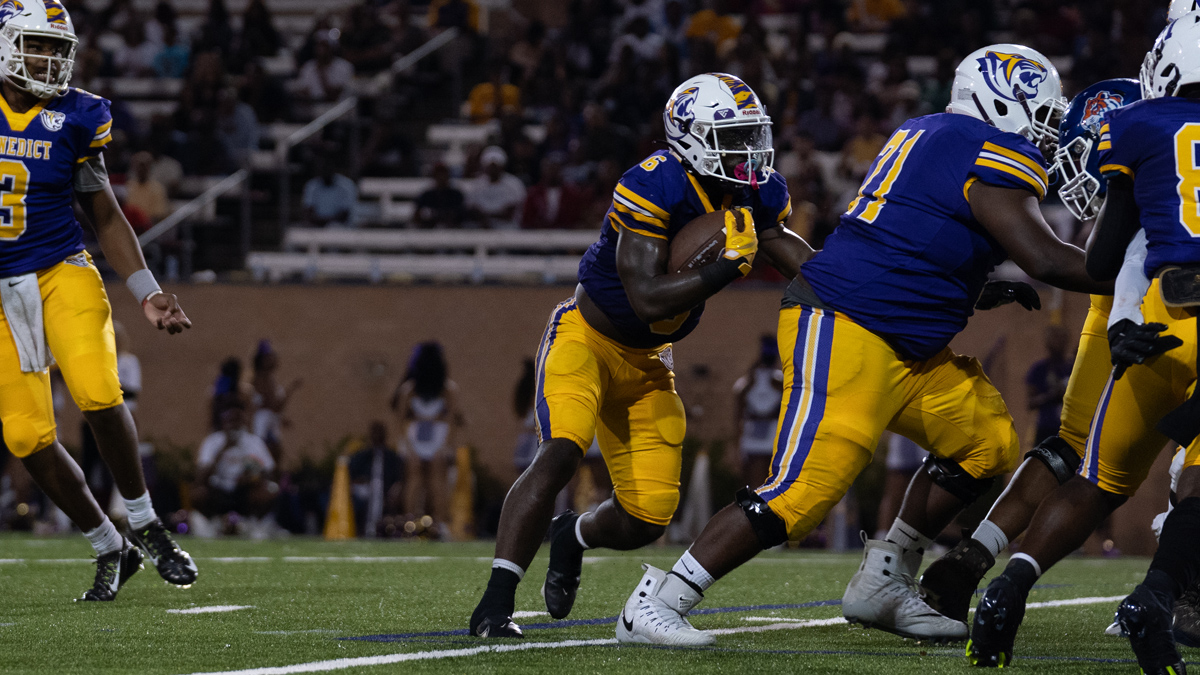 The Benedict Tigers saw their historic season come to an end Saturday as they fell to the Wingate Bulldogs 23-6 in the second round of the NCAA Division II Football Championship.

Benedict head coach Chennis Berry said the loss will do nothing but fuel them going forward.

The Tiger defense held tough for most of the game, giving the offense a change, but two costly interceptions by Eric Phoenix and seven sacks for 54 yards prevented Benedict from capitalizing on the momentum they built moving down the field. Berry said that’s when inexperience came into play.

“Like I said missed opportunities. I mean we had several chances in that football game. We talked about the first half we’re driving, then we’re in the red zone we had two turnovers,” he said. “Missed opportunities. It’s not like they stopped us we stopped ourselves. We’ll grow from that. We’re understanding next time throw the ball away. We’ll understand next time, when we get no situations let’s settle for field goal and get points you know so there is a lot of learning lessons.”

Berry added that one of the side effects of taking care of business early in games this year was not having as much experience in games that come down to the wire, particularly ones where the Tigers trail.

“You gotta think about it, our whole season played 11 games, we only have one close game. Most of our games were separated by a lot of points, so there was learning this like I told our football team a minute ago, I am so proud of them but we learned a lot. That’s why I give God all the glory in the good and the bad because we learned something about our team and when situations come like this again how to how to handle them.”

Wingate head coach Joe Reich had nothing but praise for Benedict as a host site for the playoff game.

Reich gave credit to his defensive line for really shifting the momentum in their favor throughout the game.

“I give [Benedict] a lot of credit, they’ve got a great scheme offensively. They throw a lot of RPO stuff,” he said. “ So it really started on 1st down. Can we can stop the run and make the game one-dimensional? If we can do that, we’re as good as anybody in the country because I think we can we have such good pass rushers on the edge. So to us, a lot of it came down to can we stop the run early, get them into some more passing situations and then be able to turn it into a one-dimensional game and set the pass rush up.”

Benedict finished with 332 total yards of offense, 303 of those yards coming through the air. Phoenix finished 21 of 35 for 303 yards and one touchdown. Tayven Grice was his primary receiver with five catches for 91 yards, followed by Chris Williams with four for 73 and then Elijah Watson with four for 66 and the Tigers’ lone touchdown.

Defensively, Olajuwon Smith finished with eight total tackles and Dedrick Starkes with seven. Loobert Denelus recored the Tigers’ only sack in the contest and William Johnson the lone interception.

49
The Latest in HBCU Sports and Culture