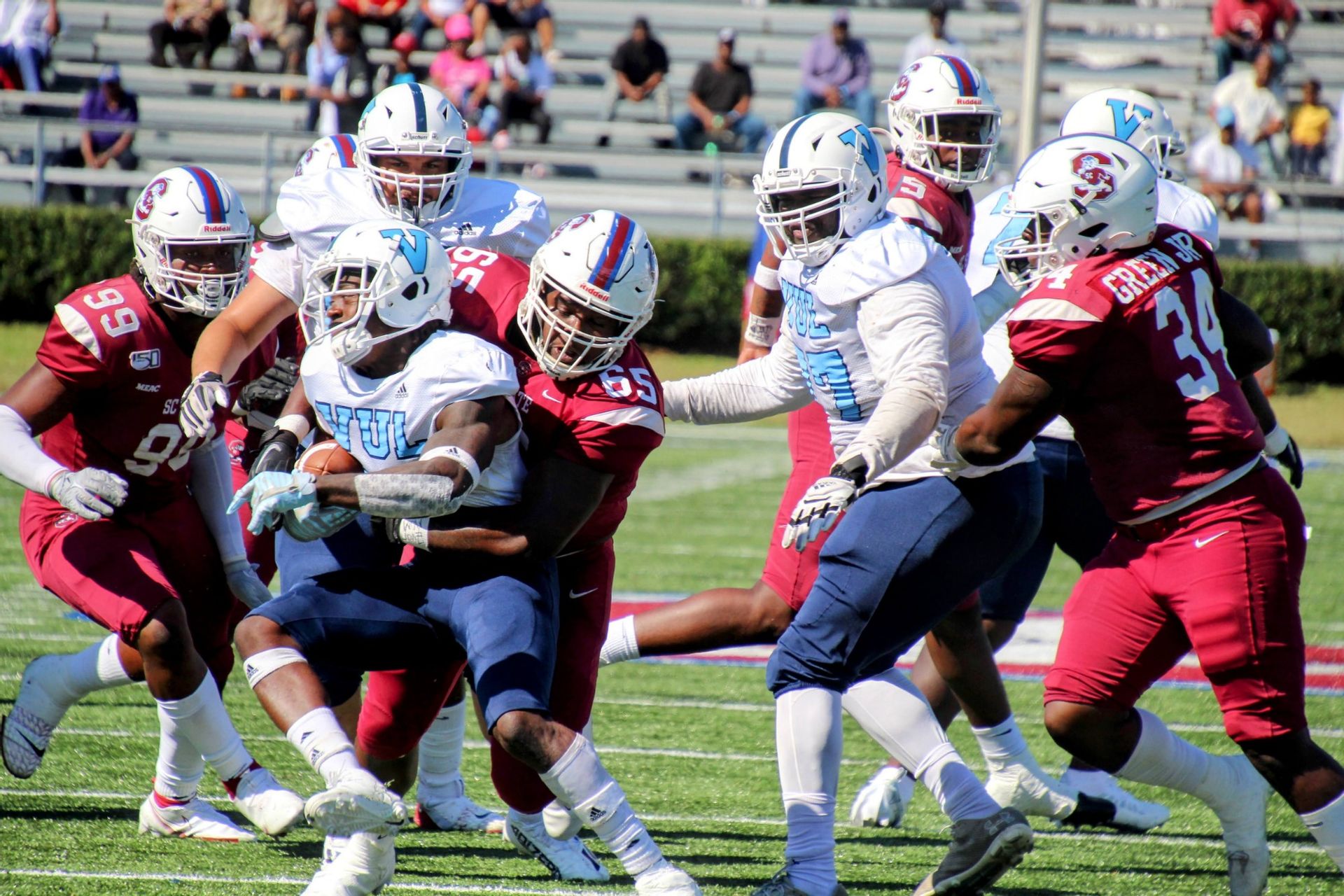 South Carolina State had an impressive start to the game against Virginia-Lynchburg on Saturday afternoon at Oliver. C. Dawson Stadium.

South Carolina State had an impressive start to the game against Virginia-Lynchburg on Saturday afternoon, scoring a quick 21 first quarter points. They kept that momentum going, ultimately winning 36-0.

Rakim White led the South Carolina State attack through the air with 110 receiving yards and two touchdown catches. SC State put an emphasis on valuing the ball, as they did not commit any turnovers all game. On top of that, South Carolina State’s secondary locked in. They held Virginia-Lynchburg to just 2.6 yards per pass attempt.

Virginia-Lynchburg struggled to sustain long drives, only controlling the ball for 25 of the game’s 60 minutes. Losing 77 yards to penalties certainly also played a role in their struggles. Cincere Clark was a bright spot for the offense, putting up 20 yards receiving on the day to lead Virginia-Lynchburg’s pass-catchers.

South Carolina State snapped a three game losing streak with today’s win. Can the good fortunes continue pushing ahead to next week’s game? It was more of the same for Virginia-Lynchburg as the losses continue to add up for the season. The Dragons’ current losing streak dates to September 1. Each team will get its next chance on October 22. South Carolina State will have a tough matchup at home next weekend, taking on North Carolina Central the no. 3 ranked HBCU team at this point in the season. The Dragons face the potential of double trouble next weekend. They’ll be playing in a hostile environment at A.W. Mumford Stadium while facing Southern, one of the top teams in HBCU football.