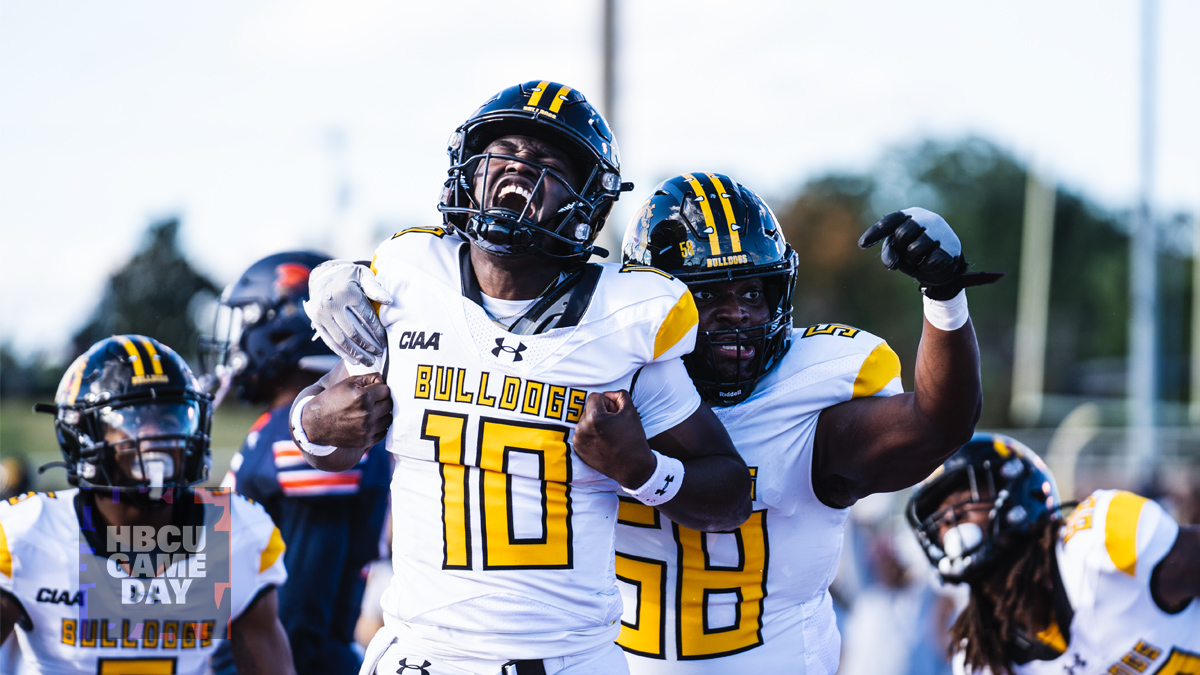 Virginia State dominated by Bowie State at its homecoming

Bowie State made itself at home at Virginia State’s homecoming on Saturday.

ETTRICK, VA — It was homecoming for Virginia State, but Bowie State made itself right at home on Saturday evening.

The three-time defending CIAA champion looked the part on Saturday, striking early and often to come away with a resounding 41-14 win over the home team.

“Anytime that we line up against Virginia State, we know it’s going to be a hard-fought game,” Bowie State interim head coach Kyle Jackson said after the game. “One of the things we talked about with the guys — with (Virginia State) coach Henry Frazier being a Bowie State alum — I know that he was going to have the guys ready to fight all game.”

And Bowie State’s preparation definitely showed early. DJ Golatt tossed his first touchdown pass of the day with 12:15 remaining in the first quarter, connecting with Kwincy Hall for a 45-yard score, and a field goal followed to give the visitors a 10-0 lead. Two more touchdowns just before the end of the first quarter — a short run by Larry Williams and a 27 yard pass from Golatt to Keshane Hinckley gave BSU a 24-0 lead heading into the second quarter that pretty much took the wind out of the Trojans’ sails.

VSU would respond in the second quarter with a 12 yard run to cut the margin to 24-7, temporarily giving the home team life. But a methodical 10 play, 75-yard drive that culminated in a Larry Williams score pushed the lead to 31-7 and VSU was never able to recover.

“We got our butts whipped,” Virginia State head coach Henry Frazier said after the game. “They kicked our tails up and down the field. Offense, defense, special teams. They out-coached us. They out-played us. And we just gotta get better.”

Golatt completed 17 of 29 pass attempts for 242 yards, three scores and no picks while Bowie State rushed for 204 yards as a team to pound VSU after the lead had blossomed.

BSU improves to 4-2 on the season, 3-1 in CIAA play, and 1-0 in the CIAA North. It returns home next week to face a Virginia Union program that is currently 6-0 and nationally ranked in a game that will likely have CIAA Championship Game implications. Virginia State is now 4-2 on the season as well, and 3-1 in CIAA play. But the in-division loss means it needs a lot of help to make it to Salem, VA.

Virginia State dominated by Bowie State at its homecoming