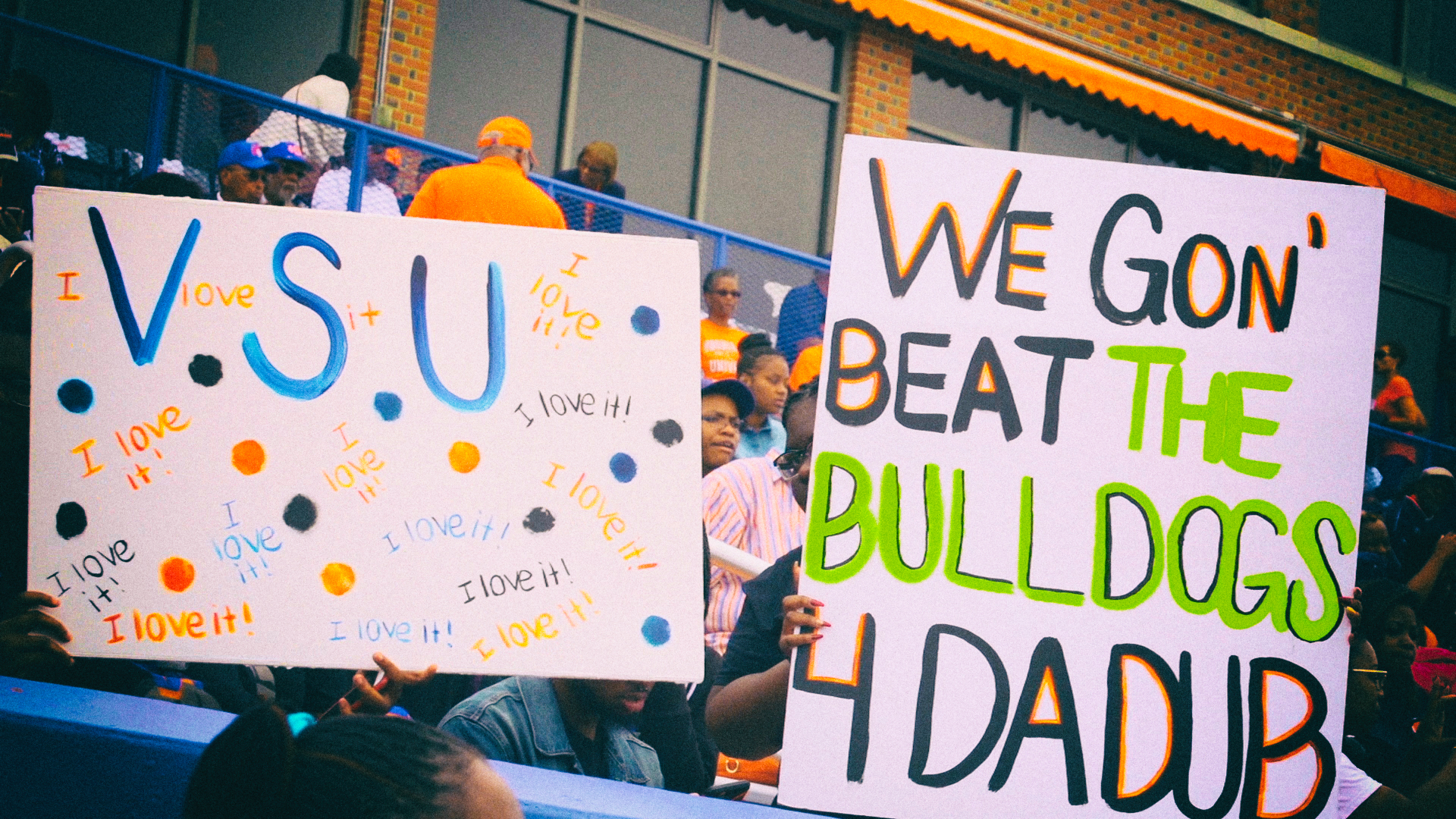 Virginia State plus Bowie State often equals classic CIAA football. What should we expect on Saturday?

A candidate for CIAA football game of the year is on tap as Bowie State heads to Ettrick, Va. Saturday for Virginia State’s homecoming (4 p.m.). It is an intriguing match up for several reasons.

Frazier was head coach at Prairie View A&M (2004-2010) where he won a SWAC championship in 2009. He then took over at N. C. Central (2010-2013). Frazier returned to BSU as special assistant to former head coach Damon Wilson as the Bulldogs won the last three CIAA titles.

Virginia State has not beaten Bowie State during the Bulldogs’ three-peat of north division and CIAA titles, but the games have been close. The rivalry has been made juicier as they will have met at each other’s homecomings in three of the last four seasons. They’ll do it again this year.

The Trojans lost 51-44 last season at Bowie as the teams combined for over 1,000 yards of offense. The score was tied at 44 midway thru the fourth quarter.

VSU fell 24-14 at its 2019 homecoming in Ettrick. It was one of only two losses for VSU (the other to Norfolk State of the MEAC) during a 9-2 campaign. BSU led that game 17-14 entering the fourth quarter.

In 2018, VSU fought back from a 20-2 deficit before falling 20-15 at Bowie State’s homecoming. VSU’s attempt at a game-winning drive was halted at midfield in the final minute. The CIAA did not play during the COVID-marred 2020 season.

VSU last beat BSU in 2017, 47-35 behind running back Trenton Cannon’s 234 rushing yards en route to winning the N. Div. and CIAA titles. Cannon is now in his fifth season in the NFL with the Tennessee Titans.

So far this season, VSU lost its season-opener to nationally-ranked Lenoir-Rhyne, 38-19. L-RU (4-1) is currently ranked 14th in the Coaches (AFCA) Div. II poll with its only loss to Div. II No. 1 and defending national champion Ferris State (27-5 on Sept. 10).

Bowie State’s loss was at S. Div. contender Shaw on a last-minute touchdown, 17-14.

After a record 469-yard, four-TD passing performance in a 69-0 win against St. Augustine’s last week, Golatt is second in the conference in passing yardage at 276.8 yards per game. He leads the CIAA with ten passing touchdowns.

VSU senior running back Darius Hagans is second in CIAA rushing. Hagans averages 116.0 rushing yards per game and 6.0 yards per carry. He has scored three rushing touchdowns. Five-eleven, 210-pound junior Jordan Davis is the VSU quarterback. He has thrown for 738 yards (147.5 ypg.) with six touchdowns and two interceptions thru five games.

Give the passing edge to Bowie State and the rushing edge to Virginia State. Both defenses are solid.