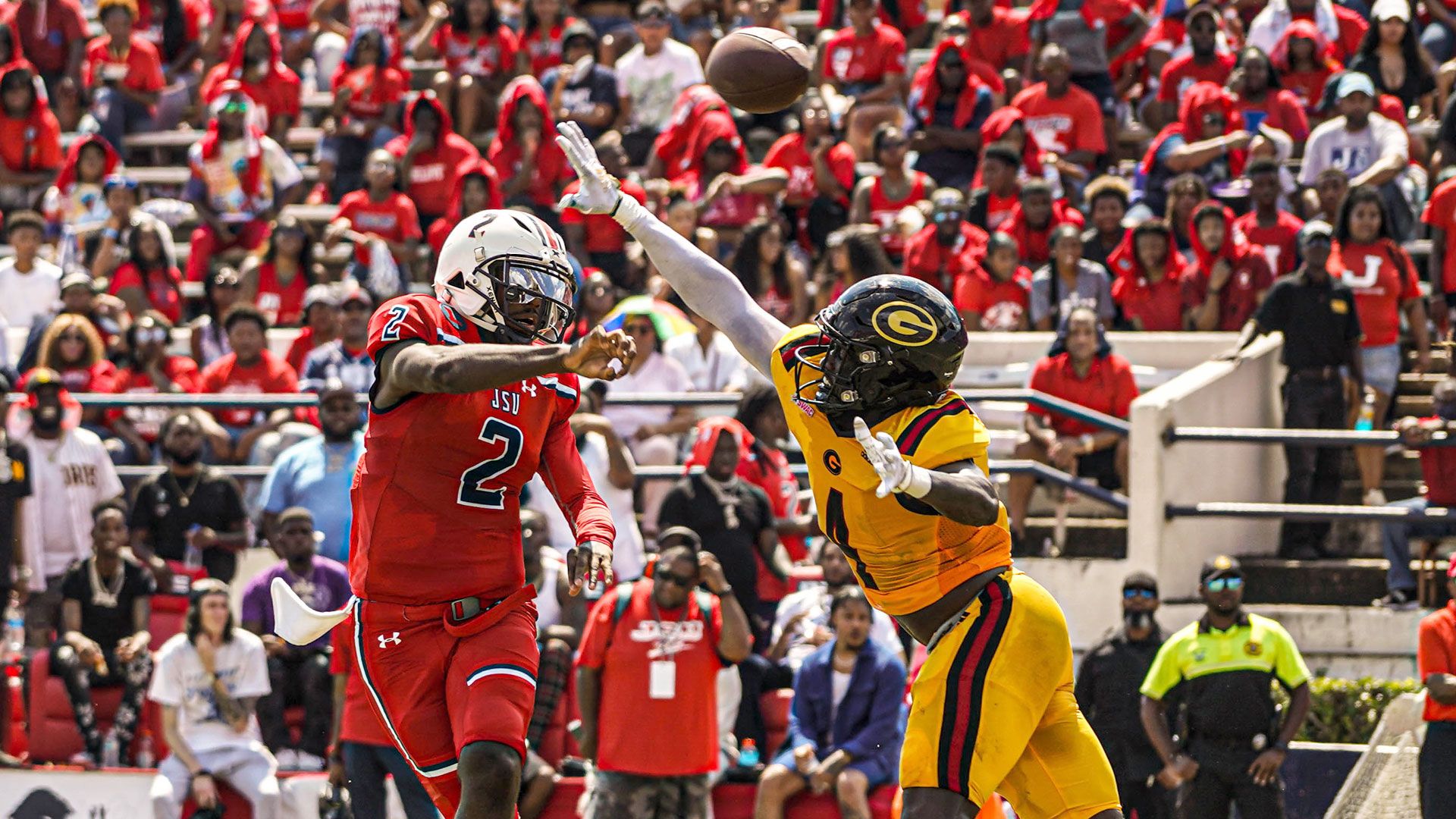 Jackson State is now in the top ten in the two major polls while Virginia Union is steadily rising.

It’s been a long time coming, but Jackson State is now in the FCS top 10 in multiple polls.

The reigning SWAC Champions improved to 4-0 on Saturday with a 49-7 win over rival Mississippi Valley State. Jackson State was awarded for its performance by vaulting up to no. 8 in the FCS Coaches Poll after being placed at no. 11 the previous week. It took a two-spot jump in the STATS FCS poll, going from no. 11 to no.9.

Meanwhile, North Carolina Central dropped out of the STATS FCS poll one week after making its debut. NCCU had moved up to the no. 25 spot following its win over New Hampshire. A week later it has dropped off despite a 59-14 win over Virginia University of Lynchburg. NCCU did get 43 votes in the FCS poll, while Florida A&M received three votes following its win over Alabama A&M.

Jackson State and NCCU are the top-ranked FCS teams in the HBCU Gameday Staff poll, with Alcorn State, Hampton and SC State rounding out the top five.

Meanwhile, Virginia Union keeps rising at the Division II level. After making its debut in the AFCA Coaches Poll at 22 last week, it jumped up to no. 20 following its gritty win over Fayetteville State. Albany State actually dropped one spot in the poll, falling to no. 21 after a decisive win over Clark Atlanta on Saturday. Benedict (5) and Fort Valley (4) both picked up votes in that poll.

Here is our D2 staff poll heading into Week Five.