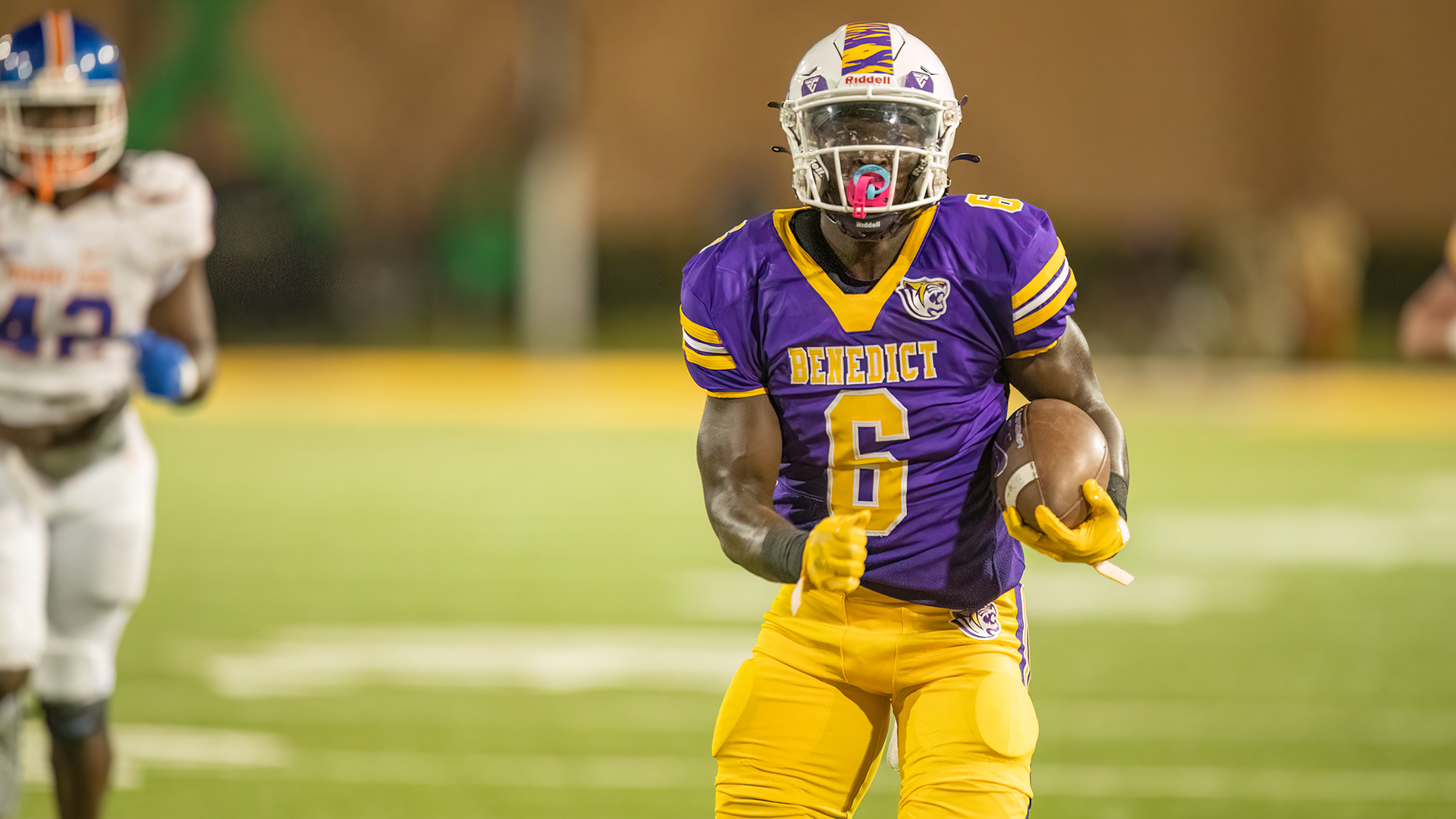 Redshirt freshman running back Noah Zaire Scotland (#6) rambles for some of his 122 rushing yards during Benedict’s win Thursday night over Savannah State. The Tigers are 3-0 for the first time since resuming football in 1995 and the first HBCU to reach 3-0 this season.

COLUMBIA, S.C. – Benedict broke from a scoreless first half Thursday evening, outscoring Savannah State 24-6 in the second half to improve to 3-0. It is the best start for the Tigers and second-year head coach Chennis Berry since resuming their football program in 1995.

Records and scores prior to 1966, when Benedict ended its football program for 28 years, are incomplete, but there is no historical record of a Benedict football team ever starting the season 3-0.

The game was played in front of a national ESPNU television audience.

Noah Zaire Scotland rushed for 122 yards and a TD while Benedict quarterbacks Eric Phoenix (10 of 14) and John Lampley (4 of 6) completed 14 passes to 12 different receivers including one score as the Tigers pulled away.

Defensive end Loobert Denelus had three sacks, one a strip sack of Savannah State quarterback JT Hartage. It gave Benedict the ball after it scored to open the second half on a 35-yard John Diaz field goal. Eight rushing plays, later Scotland busted into the end zone from the 1-yard line. Diaz added the extra point to give Benedict a 10-0 lead.

Savannah State scored on an 11-yard run by Jadon Adams with 12:18 left in the game. Denelus, last week’s SIAC defensive player of the week, blocked the extra point.

Benedict added its score through the air on an 11-yard pass from Lampley to Christopher Williams with 9:19 left. It capped off a nine-play, 83-yard drive. The Tigers took advantage of several penalties by Savannah State, and an 18-yard run by Tayven Grice on that drive.

Deondra Duehart added an insurance touchdown for the Tigers with 5:01 left in the game on an 11-yard run.