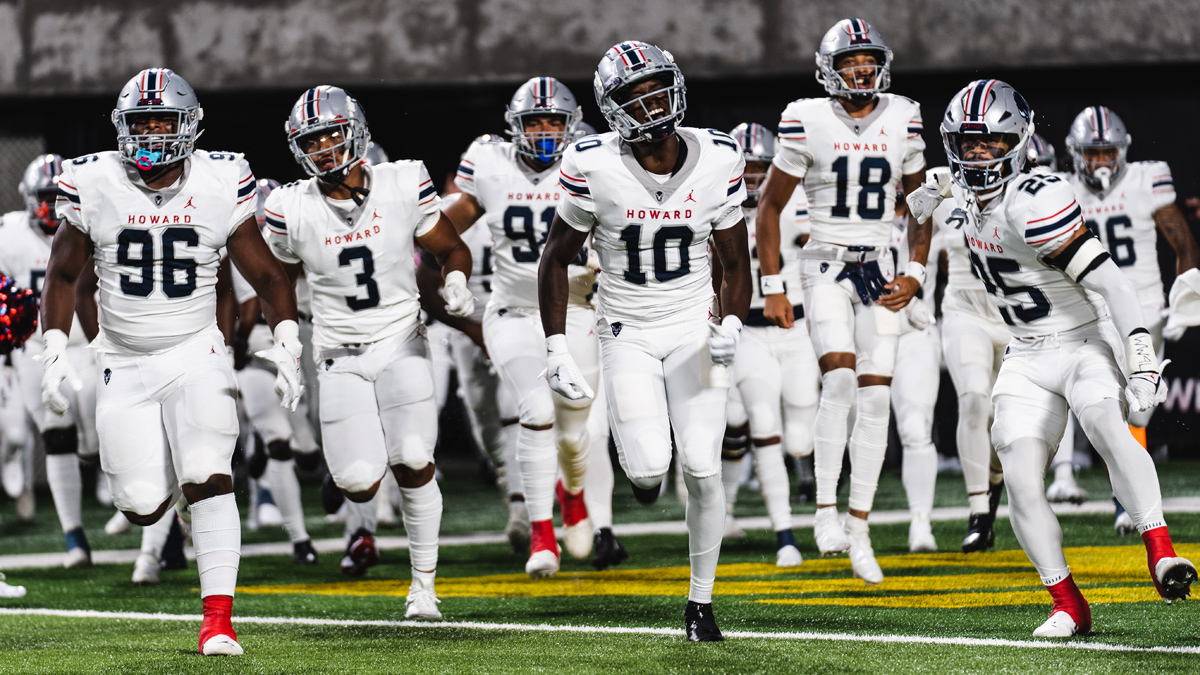 MEAC football teams have a full-slate of games as Week Two kicks off across college football.

NORFOLK, Va., Sept. 7, 2022 – This Saturday will see a new batch of six Mid-Eastern Athletic Conference (MEAC) contests, with North Carolina Central coming home for the first time in 2022 and Delaware State taking on an in-state rival in search of its first-ever win in the series.

Here is a look at each game in Week 2.

The Spartans will return to the Commonwealth of Virginia after opening the season with a 55-3 loss to Marshall, and they will be facing their second straight Sun Belt opponent in James Madison. Long an FCS powerhouse, the Dukes are transitioning to FBS and are in their first season in the Sun Belt; James Madison opened its 2022 campaign this past weekend with a 44-7 win over Middle Tennessee, and this weekend’s contest will be the program’s second straight at home. The Dukes lead the all-time series with Norfolk State 2-0, having faced off in 2017 and 2018. The 2018 contest was cut short by weather, with the Dukes up 17-0.

Former conference foes will meet in non-conference action for the second straight season – this time in Daytona Beach, Fla. Both South Carolina State and Bethune-Cookman opened their respective seasons this past week against FBS opponents; the Bulldogs fell 56-10 at Central Florida, while the Wildcats fell 70-13 to Miami. The two teams met in Orangeburg, S.C. in 2021, with the Bulldogs winning 42-35 for their first win of the season. Dating back to 1959, South Carolina State is 33-24-1 all-time against Bethune-Cookman, and the Bulldogs have won each of the last two meetings and three of the last five.

The First State rivalry ignites again this week, as Delaware State will head north on Route 1 to take on the Delaware Blue Hens. Delaware leads the all-time series 10-0, including a 34-14 win over the Hornets last season. Delaware State won its opener, 34-0 over Lincoln (Pa.) last week, as three different Hornets found the endzone on the ground. Delaware, out of the CAA, is coming off a 14-7 win over the United States Naval Academy. It was Delaware’s eighth win all-time over the Midshipmen and its 16th win all-time over an FBS opponent. The Blue Hens, ranked No. 10 in the STATS FCS Top 25 poll and No. 13 in the FCS Coaches Poll, were picked to finish second in the CAA in 2022 and boast five Preseason All-CAA honorees.

Fresh off a 28-13 win over rival North Carolina A&T State in the Duke’s Mayo Classic, North Carolina Central will have its 2022 home opener on Saturday in search of its first 2-0 start since 2006. The Eagles swept the MEAC weekly honors, including Offensive Player of the Week Davius Richard, who accounted for all four touchdowns against the Aggies (two throwing, two rushing). Winston-Salem State opened its season with a 41-21 loss to Central State in the Black College Hall of Fame Game in Canton, Ohio. North Carolina Central faced Winston-Salem State last season, escaping with a 20-13 win.

Howard’s comeback attempt at rival Hampton came up short this past weekend, despite four touchdown passes from quarterback Quinton Williams, as the Bison fell 31-28 in the Battle of the Real HU. The Bison will be back on the road again this weekend, taking on an FBS opponent in the Bulls of South Florida. This will be the first-ever meeting between the two teams, and the Bulls will be coming into the contest after falling 50-21 to BYU at home this past weekend. This is head coach Jeff Scott’s second season as head coach at South Florida, and he is one of the youngest head coaches in the nation.

Morgan State will be on the road, but close to home, this weekend, heading to Johnny Unitas Stadium for the Battle for Greater Baltimore against Towson. The Tigers, coming off a 14-13 overtime win over Bucknell this past weekend, is 20-6 all-time against the Bears and has won each of the last four meetings (including 31-0 last year). Morgan State’s last win in the series came in 2009, when the Bears won at home 12-9. Morgan State, meanwhile, is coming off a 59-7 loss to Georgia Southern this past weekend in head coach Damon Wilson’s debut – though the Bears did have a highlight in Jordan Toles’ 50-yard interception return for a touchdown.