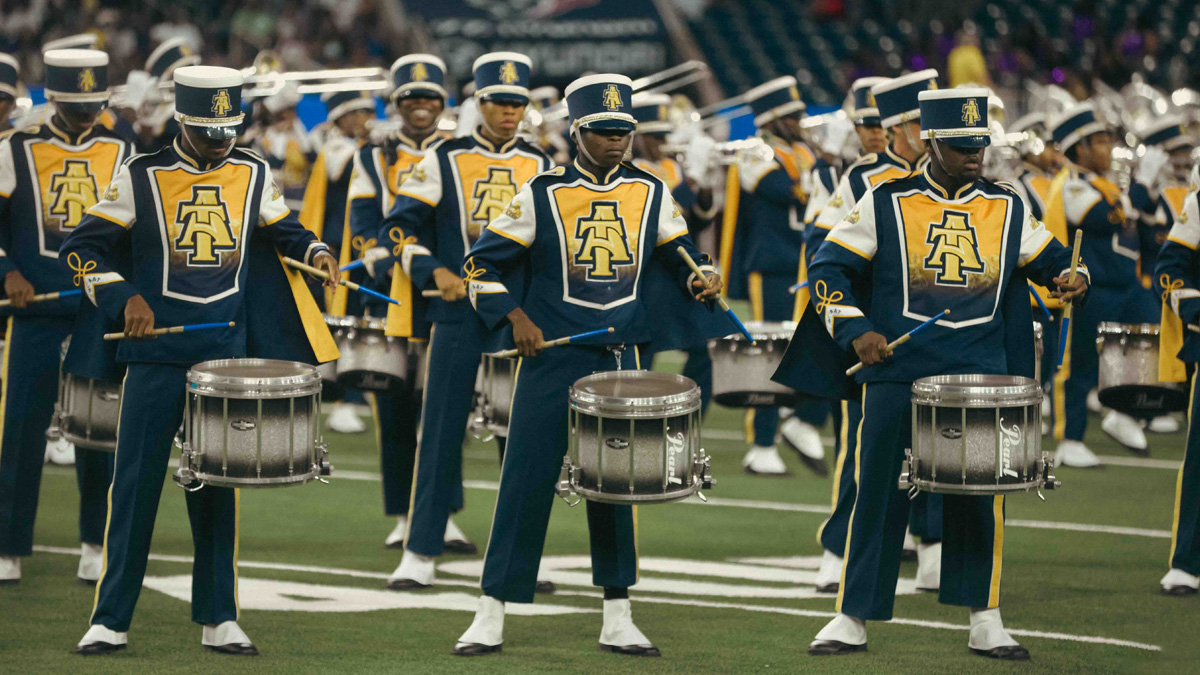 NC A&T band to play at halftime of Detroit Lions

The NC A&T Blue and Gold Marching Machine will be in Detroit to perform when the Lions take on the Philadelphia Eagles.

The Detroit Lions football program is largely run by an NC A&T alumnus. Now NC A&T’s band — the Blue and Gold Marching Machine — is heading to the Motor City to put on a show for its fans this regular season.

The Blue and Gold Marching Machine is set to perform at halftime of the Detroit Lions season opener against the Philadelphia Eagles. The game will take place at Ford Field on Sept. 11.  Lions general manager and NC A&T alumnus Brad Holmes delivered the news to the band via video after being introduced by director of bands Kenneth Ruff.

“You’re coming to Detroit. I know you’re going to put on a show for Detroit and make us all proud. Our passionate fan base is “One Pride” and I can’t wait for them to see “Aggie Pride.”

The NC A&T Blue and Gold Marching Machine should be warmed up by then after having competed at the Pepsi National Battle of the Bands last week and the Duke’s Mayo Classic this week in Charlotte.

The A&T alumnus spent his entire NFL career with the Rams before being hired by the Detroit Lions in 2021. He started as an intern in 2003, then went into scouting. He was named the Rams’ director of college scouting in 2013. Holmes made the transition from St. Louis to Los Angeles, and was vital in selecting many of the key players that helped fuel the Rams’ rise to NFC contendership.

Holmes was part of the 1999 NC A&T football team that won the MEAC Championship and defeated a top-ranked Tennessee State program in the FCS Playoffs.He was also a part of the brain trust that drafted Jackson State edge rusher James Houston last spring.

NC A&T band to play at halftime of Detroit Lions