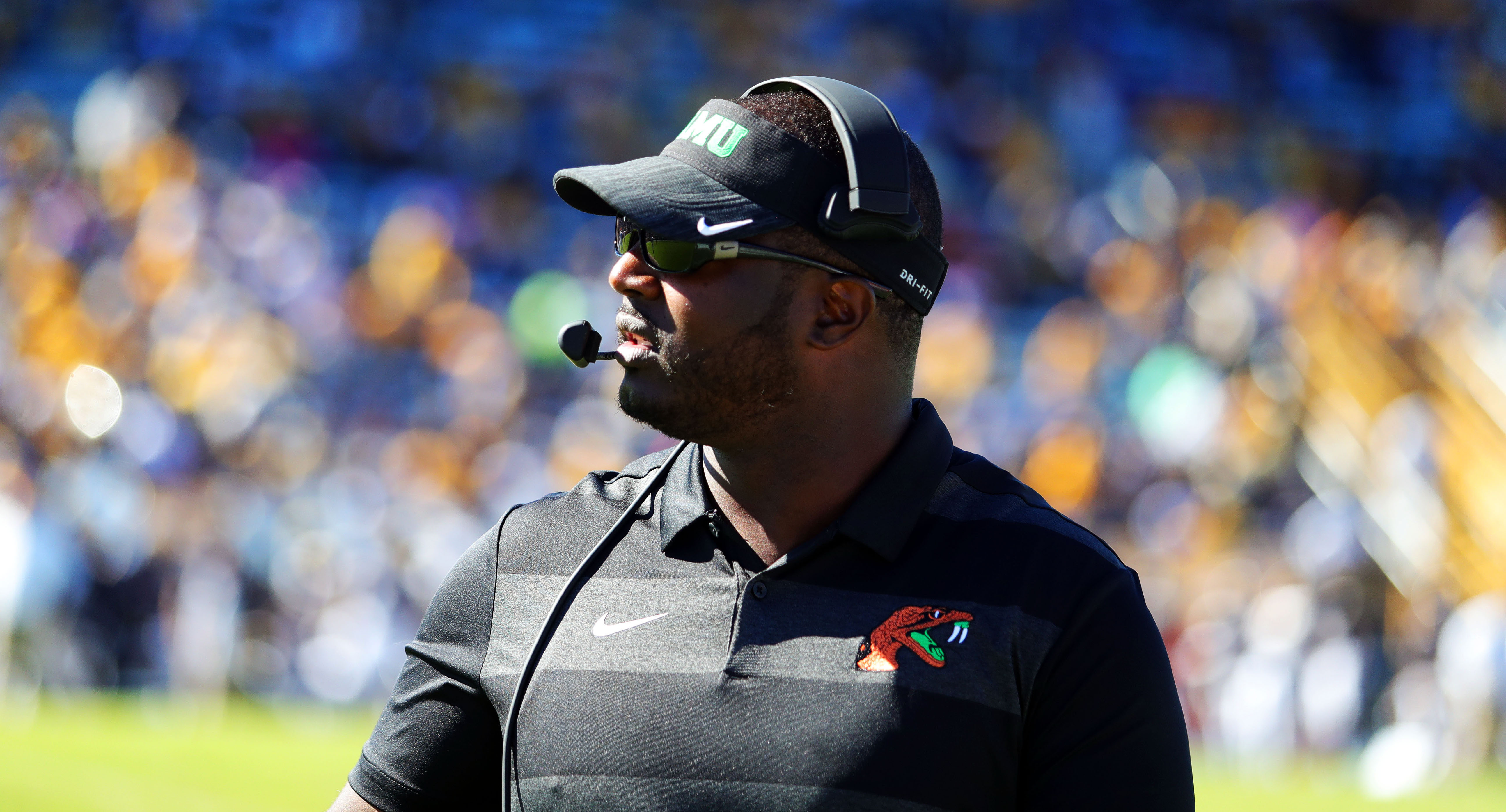 Willie Simmons knows what his FAMU players are going through

FAMU head coach Willie Simmons is all too familiar with how it feels to lose eligibility at a moment’s notice.

Chapel Hill, NC–With 20 of his players ruled ineligible for Saturday’s game against the University of North Carolina, including reigning FCS Defensive Player of the Year Isiah Land, Willie Simmons is reliving the same nightmare twice.

In the late Summer of 2003, then FAMU President Fred Gainous and Board of Trustees chairman Jim Corbin had decided that FAMU should move to the highest level of football.  They brought in Robert E. Lee Jr., a descendant of a FAMU president as director of athletics.  The concept was great.  It made total sense.  The NCAA approved the move to FBS (Division I-A).  The problem was FAMU’s infrastructure was not ready for the move.

A lone journalist from the back of the room asked the critical question.

“When will that make us ineligible for the I-AA Championship?”  That journalist was Roosevelt Wilson, a former athletic director, who owned the Capital Outlook, a black newspaper in Tallahassee.  The answer Lee gave would rock Lee Hall Auditorium where the press conference was held.  “Immediately.”

Billy Joe, FAMU’s Hall of Fame head football coach was blindsided.  The move immediately made his FBS players who had transferred in ineligible to play the season for FAMU.  Willie Simmons had worked out all summer at FAMU after graduating from Clemson and Joe was excited about the team he was about to field.  He would have been FAMU’s starting quarterback with a running back and a linebacker who had transferred in from the University of Miami.

The feeling has never left Simmons

Willie Simmons sometimes relives the nightmare that his opportunity to be a Rattler and play at home was gone in an instant.

“I remember sitting across from Billy Joe in what is now my office and hearing him tell me that I could not play for FAMU.  It was one of the most unbelievable things that I carry with me today,” Simmons said.

He would be a late transfer into the Citadel, where he would light up the Southern Conference.  He made First Team All-Southern Conference after leading the Bulldogs to a 6–6 record (the first non-losing season in 10 years). They also defeated Furman, Appalachian State, and Georgia Southern in that same season.

Fast forward to this weekend. Attributed largely to personnel and transition in the FAMU Athletics compliance department, Rattler players were up to this week getting certified.  In the fray, several players are thought to have been deemed ineligible through the initial certification process.  Anyone close to NCAA athletics knows there are always appeals and adjustments to be made, but none could be done in time for this week’s game.

The other side of the desk

Simmons would have to sit on the other side of the desk as he was in 2003 and inform some players that they would not be making the trip to Chapel Hill, NC.  It was a tough pill to swallow as the Rattlers were loaded with transfers due to the rules allowed by the NCAA Transfer Portal process.  The Rattlers were preparing to make a run at the rebuilding North Carolina Tar Heels and coach Mack Brown.

The day was defined by swirls of information, some accurate and some not so much.  In the end, Simmons and the Rattlers boarded their chartered flight hours late and are now in Chapel Hill for the game against the Tar Heels. With a sold out stadium, the Marching “100” performing with the UNC band and a celebration of HBCUs on hand, we can be thankful we even have a game to look forward to.

Willie Simmons knows what his FAMU players are going through