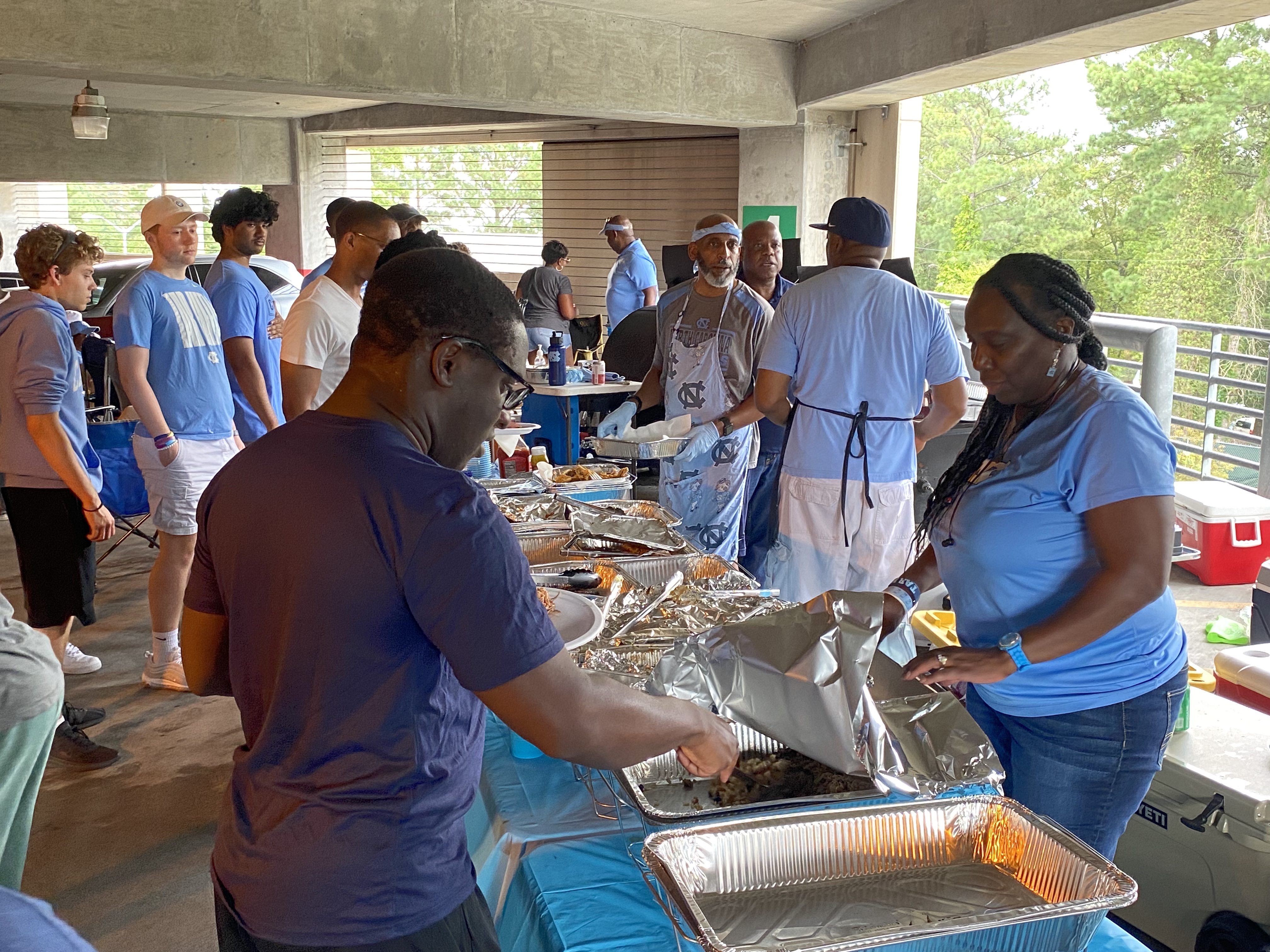 In the corner of the third level of a parking deck near Kenan Stadium on the University of North Carolina campus, a substantial group of the school’s Black alums gathered for food, drink and reminiscing. And they were celebrating the fact that their school had invited Florida A&M to be their opening-night opponent.

Florida A&M, mired in last-minute troubles that decimated its roster, still mustered the numbers to travel to Chapel Hill to participate in the HBCU Celebration Game against the Tar Heels. Before the Rattlers, North Carolina A&T played UNC in 2015, the first HBCU to play UNC.

“It means a lot because it was a different time back them,” says Ralph Mensah, a Chapel Hill native and a 2002 graduate. “It’s very clear that we are starting to see diversity, equity and inclusivity actually show and form on campus.”

Mensah noted that the school made some controversial decisions about faculty, a reference to Nikole Hannah-Jones, who ultimately shunned UNC in an extended dispute over tenure and joined Howard University.

Asked if he would want to see other HBCU teams play the Tar Heels, Mensah didn’t hesitate.

“Absolutely,” he said. “Any way that we can show that we are becoming a more diverse university should be welcomed on our campus.”

Nearby, Rick McDougal was taking pictures with friends. The Fuquay-Varina, North Carolina, native is a 1988 UNC grad. His wife, son and daughter-in-law and his sister-in-law went to North Carolina A&T. His father went to Fayetteville State, as did some aunts and uncles. He was the first family member to attend a predominantly white institution, he says.

“I wish every first game was an HBCU,” he said.

When he heard the Florida A&M game had been scheduled, McDougal said he called everyone he could to make sure they came to his tailgate “because I need them to know that we support them.”