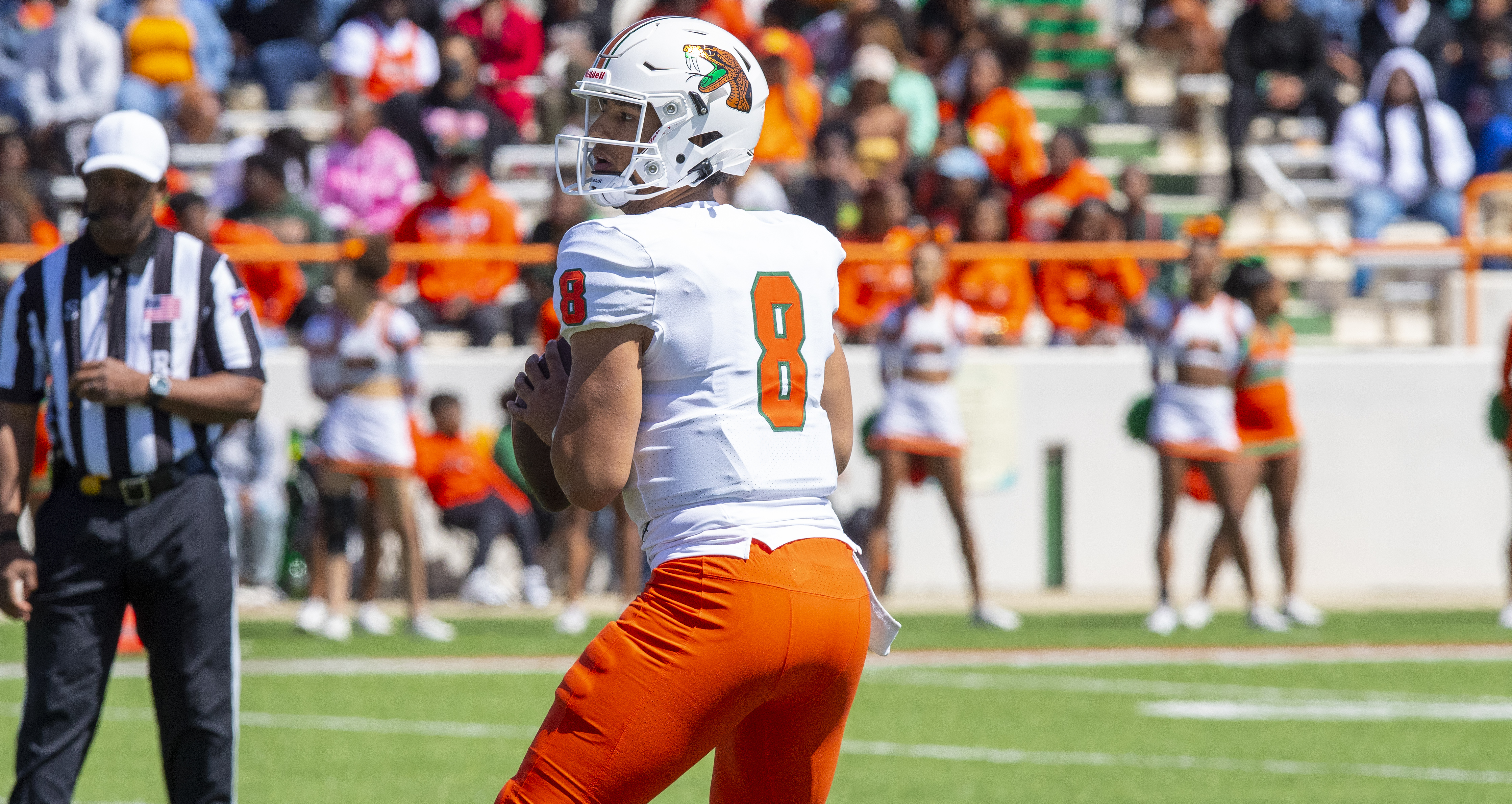 FAMU head coach Willie Simmons was non-committal on a starting quarterback for the FAMU vs UNC Week Zero game in an interview with HBCU Gameday just a day earlier.  Just 24 hours later, speaking to the 220 Quarterback Club, a support organization for FAMU Athletics, he emphatically announced that Jeremy Moussa would take the first snaps for the Rattlers against the Tar Heels.  He said it was a decision that the coaches had made overnight.

Simmons often affords the supporters with information first as a reward for their loyal support.

“We’ve made a decision on our starting quarterback for Saturday and we’re going to go with Jeremy (Moussa),” Simmons told the crowd. “Jeremy will start the game.  The plan is to play them both and we’ll have a plan for when that time will be.  So, Jeremy will start the game off at quarterback and Rasean (McKay) will be coming in at some point.  We’ll play them by drives and kinda see how that goes and as the game flows in a normal fashion we’ll stick with that plan and obviously if one is playing extremely well and the other is not we’ll go with the hot hand.”

Moussa is a Vanderbilt Transfer

Moussa is a graduate transfer from Vanderbilt.  He hails from Chino Hills, Ca., where he played junior college at San Bernardino Valley College, leading them to a 9-2 season in 2019 and the conference title.  He would earn co-offensive player of the year for that effort.

Since arriving on campus, his ideal quarterback frame of 6-3, 225 lbs has made him an intriguing possibility at quarterback.  With a solid arm and feet to avoid situations, Moussa is an ideal addition to the Rattlers’ quarterback room.  It comes as no surprise to no one around the program that he was named QB1.

Simmons is still expecting McKay to play a vital role in the Rattler offense this year and has not by any means ruled out McKay as starter for the Rattlers in other games.  With nine wins last season and a steadiness down the stretch that utilized all available targets at his disposal, McKay emerged from the shadows of FAMU passing leader Ryan Stanley and is now forging his own legacy.

McKay certainly not out of FAMU QB race

Simmons emphasized he has not named Moussa starting quarterback for the season.

The 220 Quarterback Club is the support group in partnership with the Rattler Boosters, who purchased the Boudreaux Cooling Chamber for the Rattlers to use during training camp.  They have supported the Rattlers with their nutrition fund and several other campaigns since their existence.

FAMU will take on the University of North Carolina at 8:20 PM on Saturday in Chapel Hill, NC at Keenan Stadium.  The game will be televised on the ACC Network.