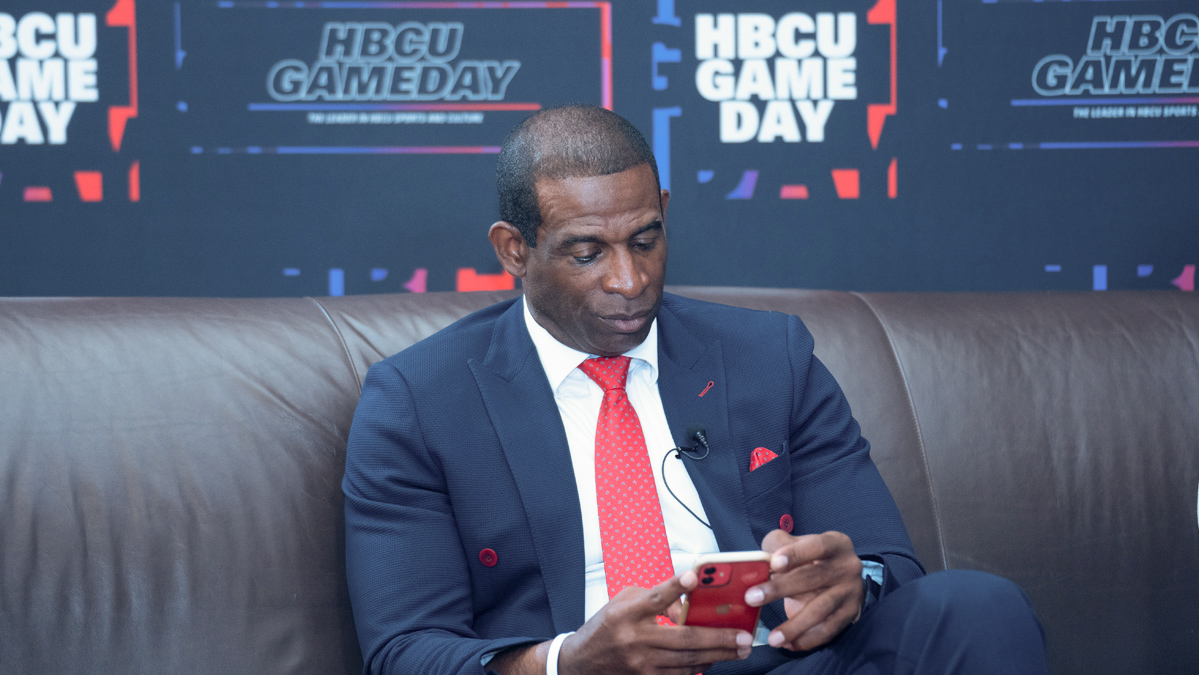 Deion Sanders and Nick Saban appeared on Sportscenter where the Jackson State coach talked about the reality of playing Alabama.

Deion Sanders and Nick Saban just keep popping up with each other.

The two head coaches appeared with each other on Sportscenter on Wednesday. Sage Steele asked Coach Prime what he thought it would take for his Jackson State to compete with the top football programs in the country — including SEC teams like Georgia and Nick Saban’s Alabama.

“We don’t have the resources and the rosters that they entail,” Deion Sanders said. “I think it’s 22 more scholarships that they are allowed to have then what we would have. So matching up with Coach Saban’s guys is absurd right now until we get that interior to even think about it to even fathom that matchup.”

Sanders was asked a similar question at SWAC Media Day, where he again admitted that his program isn’t ready for the Power Five program.

Steele mentioned the infamous NIL issue and alluded to Nick Saban speaking on Jackson State “buying” a player, but the two coaches didn’t discuss it.

“We got to learn how to win. Last year we won the SWAC Championship — cool. But everybody was so celebratory that I think we forgot that we had the championship game in Atlanta,” Sanders said. “I think I’m going chain all the doors when we make it back this year I’m not going to let anyone out of that hotel to make sure that we are locked in and focused.”