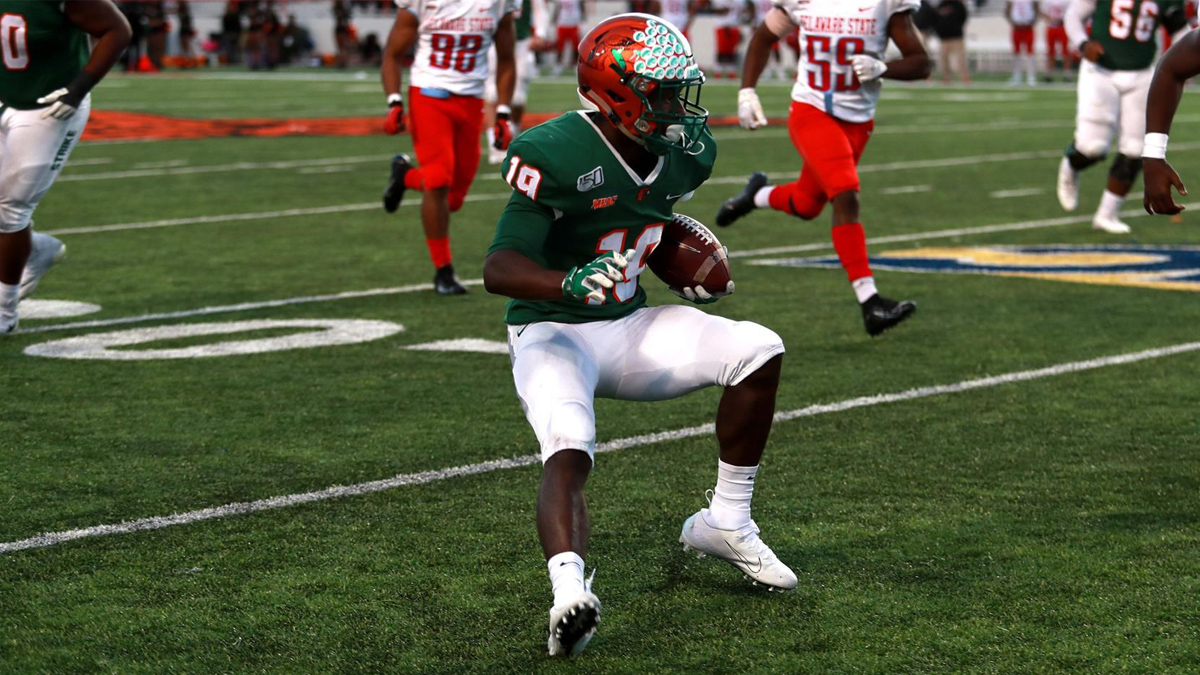 UNC matchup is a “get money game” for FAMU players

Florida A&M will be out-gunned when it takes on UNC on Saturday, but besides being a “money game” for the school, it could also be one for pro prospects.

When Florida A&M shows up to Chapel Hill to take on UNC on Saturday night, it will do so at a disadvantage.

As an FCS football program, FAMU is capped at 63 scholarships while North Carolina can currently carry 85 scholarship players. It is a scenario that is often played out in college football called a “money game.” That’s where a program from a higher NCAA Division level takes on one from a lower level and pays them —  quite well at the Power Five level — with the expectation that it will be an easy win.

FAMU head coach Willie Simmons knows all about this. He started his career at Clemson in the early 2000s and coached in several of them at Prairie View A&M and Florida A&M as a program leader. He knows his team isn’t expected to win Saturday’s game for which it will collect a $450k check, but he sees the opportunity for his players even with the odds stacked against them.

“A great opportunity,” Simmons said of facing the ACC squad. “That’s a televised game and we’ve told our guys, this isn’t a quote-unquote “money game” — this is a “get money game.“

What exactly does Simmons mean by that?

“For guys like (edge) Isiaiah Land, guys like (receiver) Xavier Smith, (punter) Chris Faddoul, (defensive back) Kendall Bohler, (linebacker) Darius Fagan  — this gives them a great opportunity to show NFL scouts, personnel that they can quote-unquote “play with the big boys,” Simmons said. “And so this is something that these guys are looking forward to.”

That may sound like a coach trying to rally his troops, but it is also a good possibility.

Several current NFL players from HBCUs have found their NFL Draft stock rising after a big performance against a Power Five opponent like UNC. Darius Leonard put on a tackling clinic at South Carolina State in a blowout loss to Clemson a couple of years back, and now he’s the top inside linebacker in the NFL. So did Decobie Durant last fall and now he’s an NFL Draft pick looking like he’ll get a chance to play a lot early in the NFL. Former Alabama State offensive tackle was impressive against Auburn a few years back and he eventually became a first round draft pick.

Land is the reigning Buck Buchanan Award winner, claiming the award given to the best FCS defender in the country after he had 19.5 sacks during the 2021 season. Xavier Smith is on the watch list for the Walter Payton Award, given to the top offensive player in the FCS. Faddoul is one of the premier punters at the FCS level.

All those players will get the chance to show what they can do against UNC when the game kicks off at 8 P.M. in Kenan Stadium.

UNC matchup is a “get money game” for FAMU players