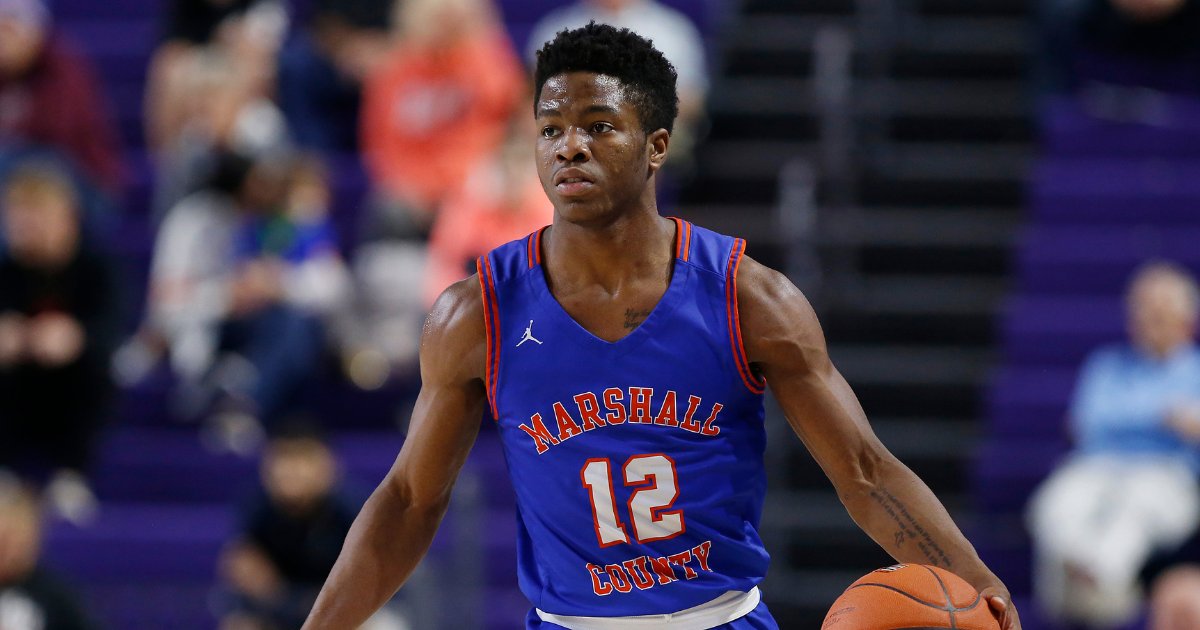 DAYTONA BEACH, Fla. – Bethune-Cookman men’s basketball made its biggest splash of the offseason as Wildcats head coach Reggie Theus announced today that Zion Harmon has transferred into the Wildcat program. Harmon immediately becomes the highest-ranking recruit in the Division I history of the B-CU program.

Zion Harmon, a 5-11 guard, comes to B-CU from Western Kentucky after being one of the nation’s top recruits, a consensus four star. The No. 1 recruit in the state of Kentucky was ranked 50th by ESPN, 58th by Rivals and 63rd by 24/7 sports. In addition to Western Kentucky, Harmon was also being recruited by Kansas, Kentucky, Louisville, LSU, Seton Hall, and Murray State, among others.

“Zion is truly a player that has all levels of basketball covered,” Theus said. “He’s a big-time scorer. He sees the floor. He puts pressure on the defense. His accolades speak for themselves.”

As a junior at Marshall County (Ky.) , Harmon averaged 25.4 points and five rebounds per game. In his senior season, he averaged 22.3 points, earning all-state honors from The Louisville Courier-Journal for the fourth time. He became one of only 26 players in Kentucky High School Athletic Association History to surpass 1,000 points in a season.

Harmon brings playing experience against some of the top prospects in the country, having played for the Nike EYBL League and AAU’s Boo Williams Summer League. Harmon starred at Hoophall West’s Bella Vista Prep, outdueling 2020-21 NBA Rookie of the Year LaMelo Ball in 2019’s championship game. Harmon was named MVP of the game after scoring 23 points with nine rebounds and six assists.

Zion Harmon also represented the United States at the 2017 FIBA Under-16 Americas Championship in Argentina. As a starter for Team USA, Harmon averaged 11.4 points and 3.2 assists per game, leading his team win a gold medal.

“Zion has already played as a very high level, and he’s put up great numbers doing it,” Theus continued. “He plays the position I played, and I’m excited to teach him everything that it takes to succeed beyond the physical gifts. It’s going to be fun to watch.”

Theus was quick to acknowledge the team effort that it took to bring Harmon to Daytona Beach.

“It’s a credit to the great staff that we’ve built here,” Theus said. “My associate head coach Chris Pompey did great job building a relationship with Zion over time. With Zion, There’s a real level of trust that we’ve built with him and his family.”

“For a player of Zion’s caliber to choose B-CU, I think it shows the confidence that people around the country have in our program and where the program can go,” Theus continued. “We’re incredibly happy that his family has the confidence in us to send their son here to play for me. We’re building something special, and I’m excited for the future of this program.”

Theus and the Wildcats will have a chance to continue to build that program as they are set to begin their second season in the Southwestern Athletic Conference.