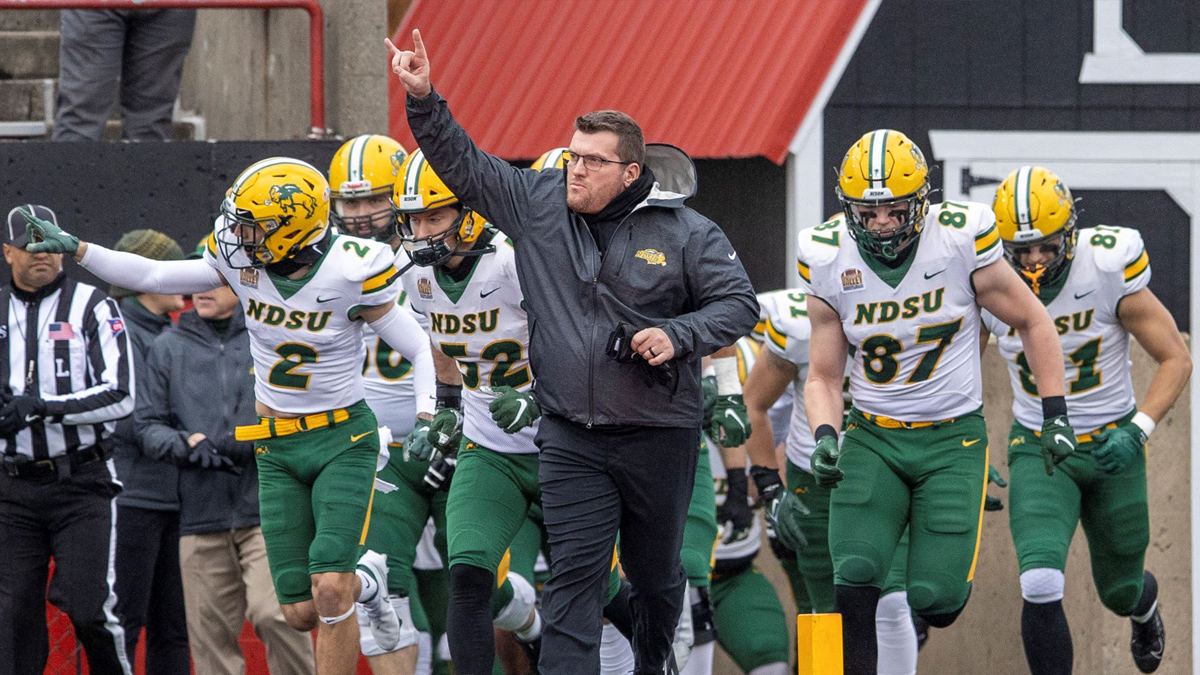 North Dakota State says it has reached out to Jackson State but it wasn’t interested. But another HBCU is in its sights.

North Dakota State is the on-the-field champion in the FCS, while Jackson State under Deion Sanders has become the most publicized football team in the subdivision.

So will we see NDSU and JSU take to the field any time soon? According to North Dakota State Director of Athletics Matt Larsen said he reached out to Jackson State, but the interest wasn’t mutual.

“We’ve had some conversation with them and at this point there wasn’t interest from their end,” Larsen told the Blue Bloods. “And again, every school has different philosophies in terms of scheduling and sometimes, do the dates matchup up?”

NDSU has won a total of nine FCS national championships since 2011, beating FBS programs and producing NFL talent. Jackson State has a proud history with Pro Football Hall of Famers and now a force of nature in Deion Sanders as its head football coach. It has also garnered higher-rated recruiting classes than NDSU since Sanders arrived, and achieved a level of national notoriety that everyone has taken note of — including fan bases.

“I know fan bases want things to happen, it just doesn’t always match up with when we’re open and when they are open,” Larsen said.

“We had reached out, because again, I think Coach Sanders is building a great program down there. There’s been a lot of hype and publicity, and they had great success last year. We like to go out and schedule teams that are really competitive and play at a high level, and they’re certainly are one. Again, we’ve reached out but at this point that’s not a direction they wanted to go and we certainly respect that.”

North Dakota State is hosting an HBCU this season, taking on Big South/CAA member North Carolina A&T in a game that was scheduled to happen in 2020. It is currently in talks with Tennessee State of the Ohio Valley Conference to potentially play a home-and-home series in Nashville as well as at the famed Fargo Dome in North Dakota which seats nearly 19,000 fans.

Larsen said playing TSU is attractive for multiple reasons, including location and the notoriety that the program has received since hiring Eddie George in 2021.