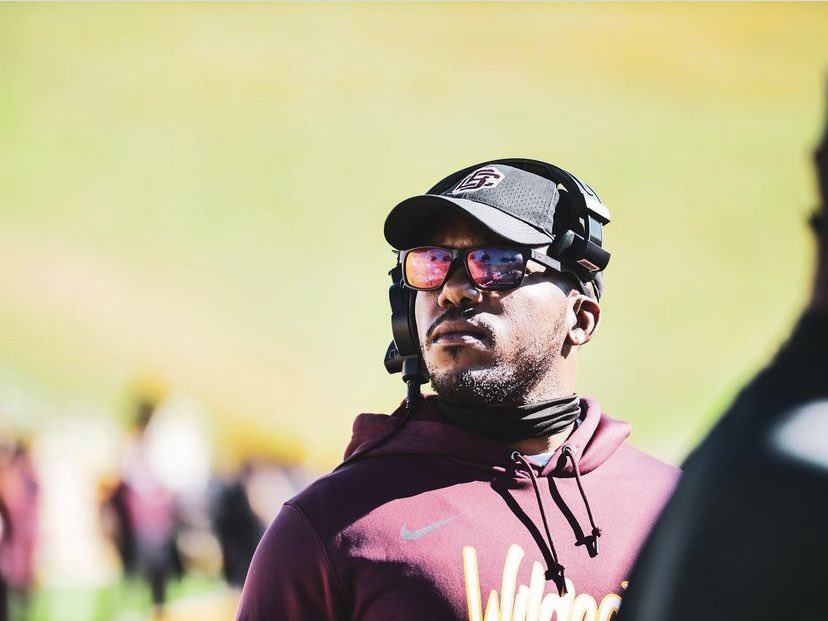 Lewis came to ASU from Bethune-Cookman, where he served as the Special Teams Coordinator/Linebackers coach after serving as Associate Head Coach/Defensive Coordinator at Edward Waters College.

He also served as the Defensive Quality Control Coach and assisted with the linebackers at BC before taking over the special teams.

As a graduate assistant coach, Lewis worked directly with standout Tavarus Dantzler, who finished his senior season with 80 tackles and would go on to sign a free agent contract with the Green Bay Packers. Also Ralph Williams, Jr. would lead the Wildcats with 101 total tackles, adding 14 behind the line with two sacks and three pass breakups and earn all-conference first team honors.

He returned to the Wildcats just prior to the beginning of the 2014 season after spending two years in camps on the professional level, including the Miami Dolphins.

One of BCU’s most noted players of the decade, Lewis was recognized as MEAC Preseason Player of The Year and one of the Top 10 linebackers by The Sports Network, and named a Preseason Second Team FCS All-American in 2011. He finished his senior season with 42 tackles, including 10.5 for loss and a team-high tying four interceptions and five deflections. He also forced three fumbles on the campaign.

In 2010, Lewis was a captain of a defense that ranked fourth nationally in pass efficiency defense (93.97), 15th in scoring defense (19.0 PPG), 25th in pass defense (174.9 YPG) and aided the team in ranking first overall in turnover margin (+2.25) from week one forward. Lewis’ stingy defensive play proved key in BCU’s 10-1 regular season record, leading the Wildcats to the MEAC crown and first NCAA FCS Playoff appearance since 2003. . He finished a stellar career at BCU top ten in school history for interceptions (10).

Lewis started 10 games, leading the ‘Cats in tackles (81), including 44 solo stops. He produced 17 tackles for loss (team high) with five quarterback sacks. He would record four hurries, three pass breakups and four forced fumbles (team high) throughout the year. Two of his fumble recoveries went for a touchdown, while he also registered four interceptions and a total of 3 defensive touchdowns (team high) – one going for touchdown. At the end of the season, Lewis garnered All-MEAC First Team honors and BASN HBCU All-America accolades.