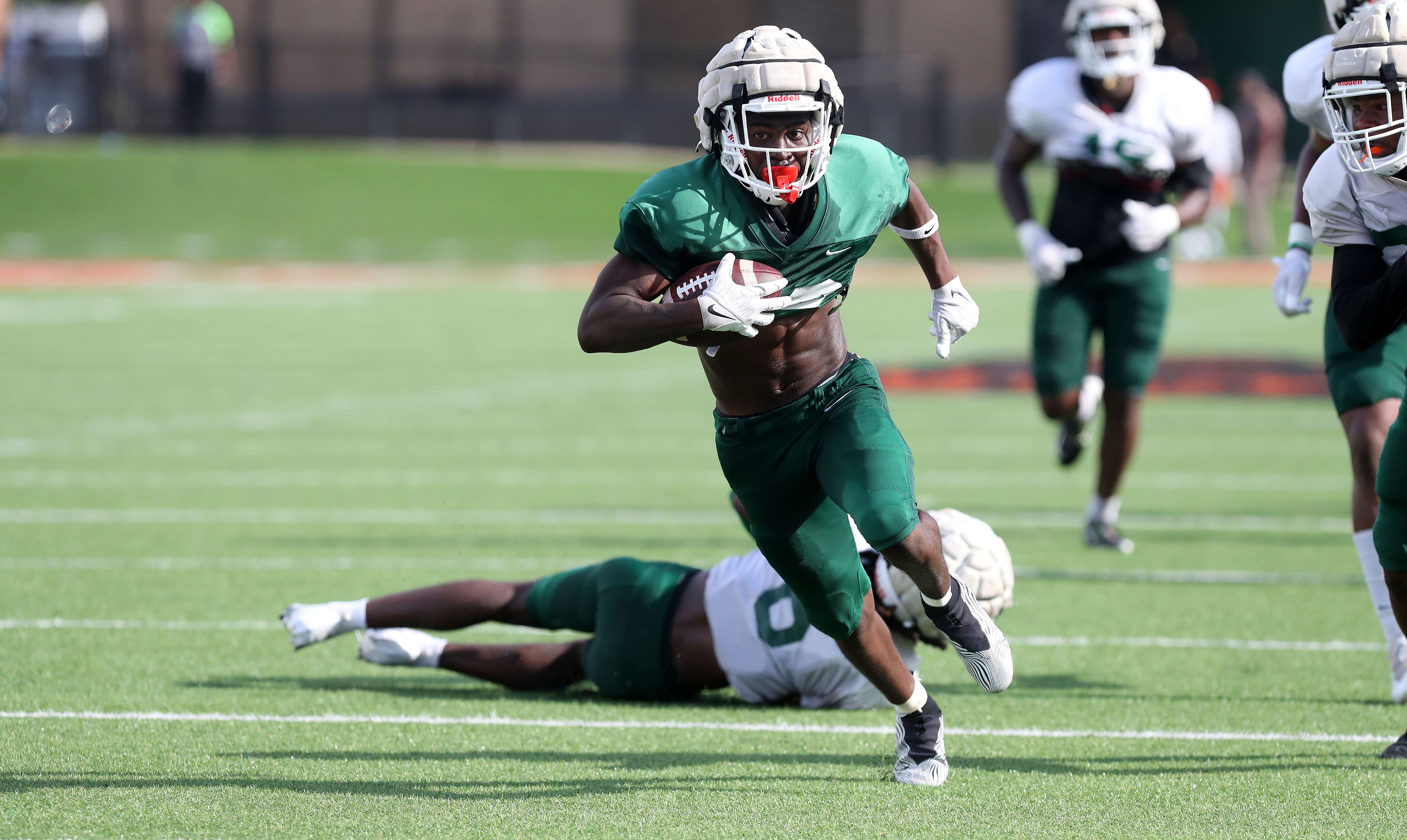 FAMU is attempting to start off the 2022 season the way it finished the 2021  season. FAMU played its first game in the Orange Blossom Classic last season, as it will this year. After 600-plus days off with the pandemic canceling the 2020 season, the Rattlers weren’t even able to muster a touchdown against the Jackson State Tigers; the only time that happened last season.

FAMU finished the regular season with a season-defining 46-21 win over rival Bethune-Cookman in the Florida Blue Florida Classic.

FAMU would like to start the season with more offensive production for their first opponent of the season, the University of North Carolina on Aug. 27 in Chapel Hill, NC.

The spirited first scrimmage of Fall started off much like last season, with a stagnant offense.  In some cases, the team was getting in its own way as the new pieces are still learning the nuances of working together.

Head coach Willie Simmons was pleased overall pleased with the scrimmage, but was disturbed by the penalties.

“We’ve got to work on our discipline.  Too many pre-snap penalties and a couple of unsportsmanlikes.  These are little things we’ve got to clean up to be a disciplined football team.  Other than that, we’ve got a lot to build off of and a lot to watch on film to make adjustments.  Overall, I am pleased with the way we flew around and made plays and that’s a good foundation to build off of,” Simmons said.

FAMU’s quarterbacks got action all up and down the depth chart.  Incumbent starter Rasean McKay got the first team snaps at the beginning of the practice, but Jeremy  Moussa also took several snaps with the first team.  McKay does look comfortable in the offense and if he can retain his efficiency from last season, he has a slew of playmakers to distribute the ball too.

McKay does feel the pressure of being QB1.

“I don’t have space to mess up.  Only I can lose my spot and our quarterback room… we’re stacked. We got players…anybody can play on the field.  It motivates me, it makes me go harder,” McKay said.

“Defense executed a lot.  We’ve just got to get rid of the pre-snap penalties.  Between the whistles we played with good effort and executed on defense.  This first scrimmage was to get a lot of the rust knocked out and get back in that playing mode,” said Land.

FAMU will hold about 20 more practices, including one more scrimmage before their season opener.

Simmons calling on the ancestors

Head coach Willie Simmons is a very methodical man.  He has to have his specific chewing gum before a game, he doesn’t shave before camp ends and now he wears a Jake Gaither t-shirt during practice. The shirt was a gift from FAMU professor and author Dr. Yanela McLeod, who was also editor of “Agile, Mobile, Hostile,” a biography of the legendary coach written by Prof. Roosevelt Wilson.  Simmons wears the shirt with intention.

“I’m trying to bring a little of that Jake Gaither magic to the program,” Simmons said.  “I’m paying homage to the G.O.A.T.  He was a man that meant so much not only to FAMU and the Tallahassee community, but HBCUs and college football in general.”