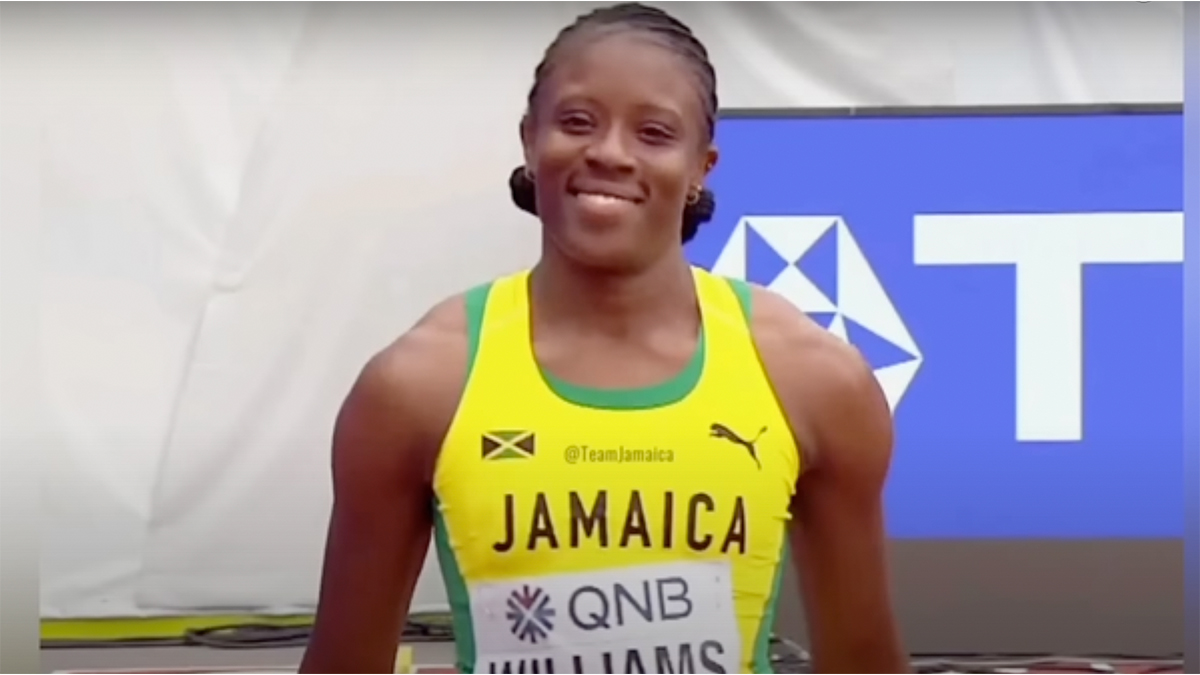 Former JC Smith hurdler Danielle Williams became the first HBCU athlete to make the finals of an event on the final day at the World Track & Field Championships in Eugene, Oregon.

It was Sunday’s last day of the July 15-24 World Track & Field Championships before an HBCU athlete – former JC Smith hurdler Danielle Williams – reached the finals of an event.

The 29-year old, highly decorated veteran hurdler runs for her native Jamaica. She earned a place in Sunday’s women’s 100 meters hurdles final at Hayward Field at the University of Oregon.

World record set in the event

Williams came in ranked eighth in the event and ran well to make her way into the final. But she was competing against someone who blew away the field.

Nigerian Tobi Amuson, who broke the world record in the event with a 12.12 clocking in the semifinals early Sunday, came back to win the event and set what was believed to be another world record of 12.06 in winning the final. It was initially announced as a world record but later ruled ineligible as the wind speed exceeded the legal limit.

Williams finished sixth in the final at 12.44 seconds.

With her 12.12 second clocking in the semis, Amuson broke American Kendra Harrison’s world record of 12.20. Harrison finished second in the heat in her season’s best of 12.27. Williams was third in that semifinal with a season’s best time of 12.41 and advanced on time. The top two advanced in each of the three semifinal heats plus the two next fastest times.

Williams finished second behind Amuson in a first round heat in a time in 12.87. Amuson set a new African record in winning that heat in 12.40.

Six other HBCU athletes had competed in Eugene. Three made it to a semifinal round. NC A&T freshman Grace Nwokocha running for Nigeria made the women’s 100 and 200 meter semifinals. Howard’s Jessika Gbai, competing for the Ivory Coast, also made the women’s 200 semis. Shawn Rowe, who attended Saint Augustine’s and runs for his native Jamaica, made the 400 meter hurdles semifinals.

Mu ran 1:56.30  to hold off 20-year Brit Kelly Hodginson (1:56.38) down the stretch to win the event Sunday. Manning, who cheered on Mu in this video as she won the Tokyo Olympic gold, was on hand in Eugene and cheered Mu to the win. Manning, now Dr. Madeline Manning Mims, was the first African-American to compete in the 800.