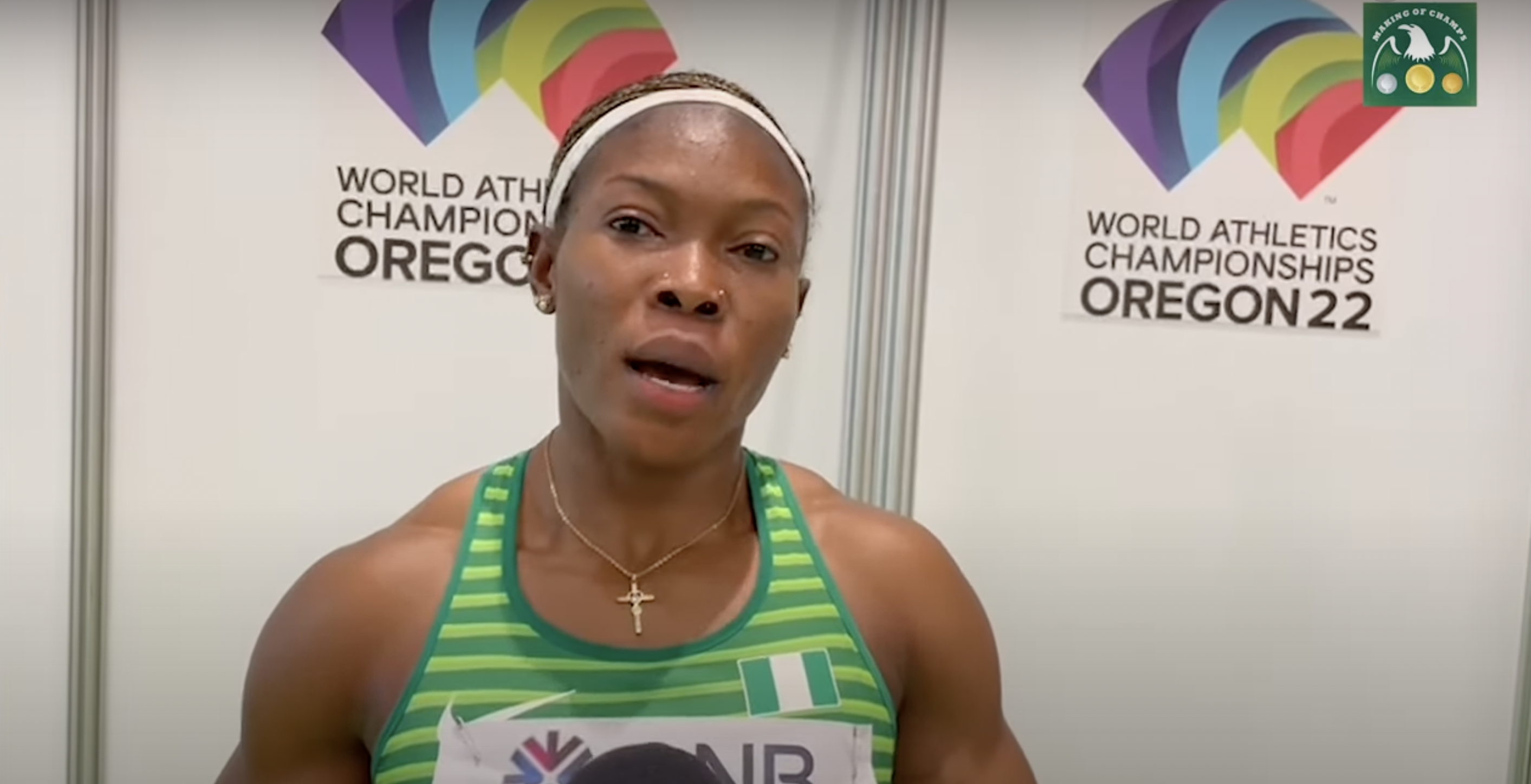 NC A&T freshman Grace Nwokocha, running for her native Nigeria, made the semifinals in both the 100 and 200 meters. That’s as far as any of the HBCU athletes have gotten so far.

The seven current and former HBCU athletes competing at the World Track & Field Championships (July 15-24) in Eugene, Oregon have not made it into the finals of any event.

The last hope is former Johnson C. Smith hurdler Danielle Williams. The highly decorated and former world 100 meter hurdles world champion (2015) is competing for her home country Jamaica. She competes in the first round of her event at 11:20 p.m. (ET) on Saturday. The semifinals (8:10 p.m. ET) and finals (10 p.m. ET) are set for Sunday, the final day of competition.

North Carolina A&T freshman Nzubechi Grace Nwokocha of Nigeria, finished second in 11.16 seconds in her first round women’s 100 meters heat Saturday. She advanced to the semifinals.

Nwokocha then ran in the first round of the 200 meters on Monday. She ran 22.61 to finish third and move thru to Tuesday’s semifinals. Howard’s Jessika Gbai, running for Ivory Coast, finished fifth in her first round 200 meters Monday heat in 22.89. She also made the semis. In the semis, Nowkocha’s ran 22.49 for fifth, just ahead of Gbai, sixth in 22.84. Neither advanced to the finals.

Former Lincoln (Mo.) hurdler Yanique Haye-Smith ran 57.99 to finish eighth in her heat of the 400 meters hurdles Tuesday. She did not advance.

Jamaica’s Shawn Rowe, who ran at Saint Augustine’s, finished fifth in 49.51 in the first round Saturday of the 400 meters hurdles. He advanced to Sunday’s semifinals. He ran 49.80 in the semis to finish eighth and miss the finals.

Joseph Amoah, formerly of Coppin State and running for Ghana, ran 20.40, a season’s best in the 200 meters first round on Monday. His time did not make the semifinals.

North Carolina A&T junior Randolph Ross Jr. was the most likely to make into the finals of his event, the 400 meters. But he was disqualified by the Athlete Integrity Unit (AIU) before the competition began. Ross had won back-to-back NCAA Div. I outdoor 400 titles.