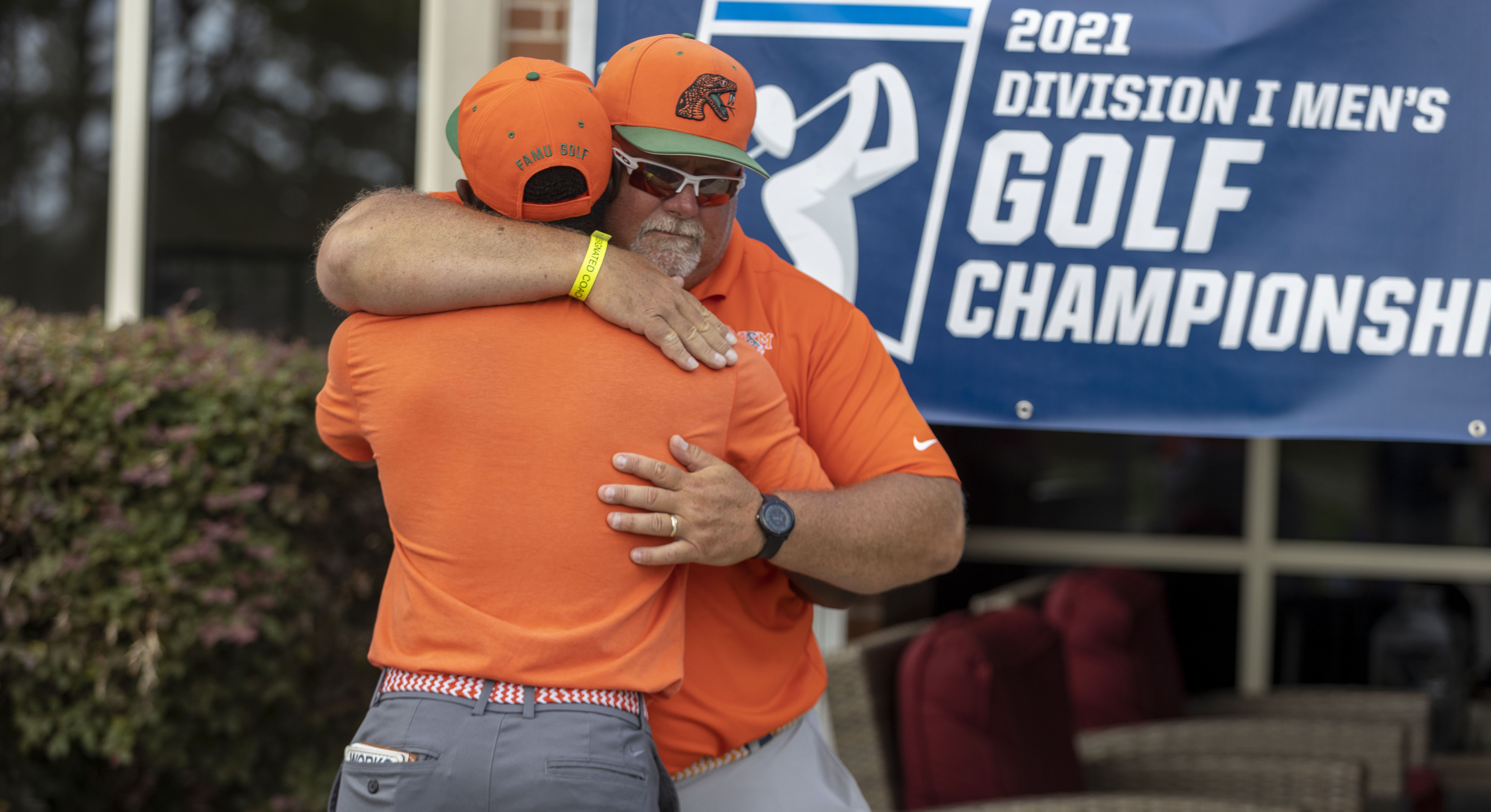 FAMU men’s golf coach Mike “JD” Rice has reportedly resigned as head coach.  Rice, a FAMU alum, is regarded as one of the best golf coaches in the country.  He had a stellar career as a Rattler, leading the team to the PGA Minority National Championship.

Sources indicate it is “highly likely” he’ll end up at another SWAC golf program.

After serving as an assistant coach for several years at FAMU, he was given the reigns as former FAMU golf coach Marvin Green stepped away from the university to take a position with the Florida Sports Foundation.

A men’s golfer extraordinaire, Mike Rice was a four-time All-America, who was also a three-time FAMU team MVP, and two-year team captain. He was the linchpin for the Rattlers’ 2000 National Minority Championship Team, finishing that event as the Top Individual Medalist, shooting a FAMU school record 10 under par 278.

As golf coach, he led the Rattlers to the 2021 MEAC title and a berth in the 2021 NCAA Tournament, a first for both feats.  He would also make history as the 2021 team would earn the No.1 ranking in the first-ever PGA Minority Collegiate rankings sanctioned by the PGA of America.  Rattlers would hold four of the top five positions in the ranking.

With those rankings, Mulbe Dillard, Mahindra Lutchman, Cameron Riley and Prince Cunningham all earned positions on the APGA Tour.  All four turned professional two weeks after playing their last tournament for FAMU and earned winnings in their first tournament, the Billy Hoerschel Invitational at the TPC Sawgrass in Ponte Vedra Beach, FL.

Mike Rice is a sought-after coach who has been enticed by other colleges along the way.  It will be interesting to see where he ends up.