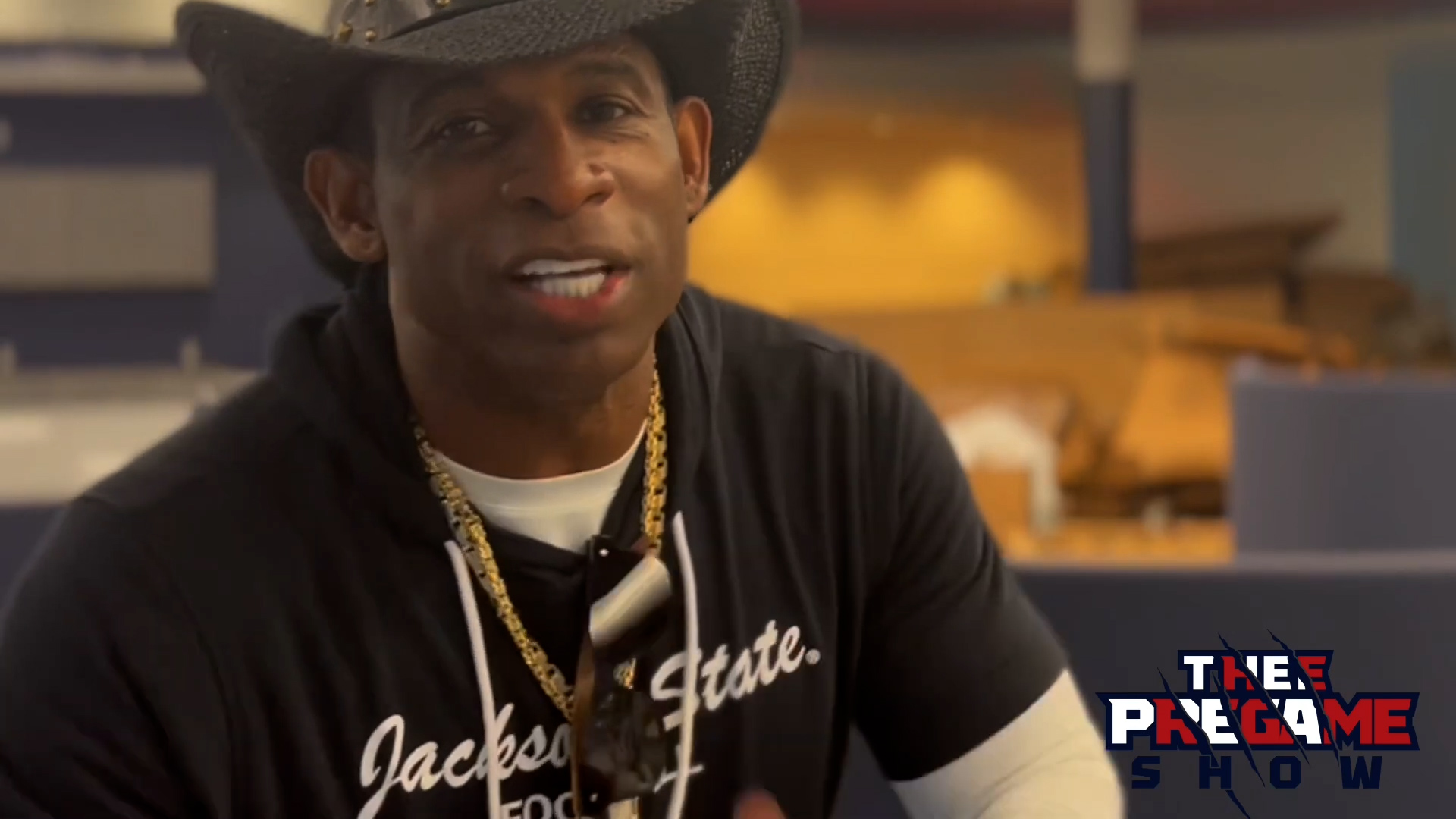 Deion Sanders will donate half of salary to finish football facility

With football camp roughly two weeks away, Sanders is ready to come out of his own pocket to finish construction.

Deion Sanders has pledged half of his $300,000 salary to expedite the remodeling of the football operations facility at Jackson State University. He wants the construction to be finished in time for fall camp so the players can enjoy the facility this season. Football camp begins on August 5.

Sanders made the commitment in a video that was recorded on Saturday July 16, just before the beginning of the XFL HBCU Showcase at Jackson State. The video is posted on the YouTube Channel of Thee Pregame Show.

Appearing in the video alongside Sanders is Constance Schwartz -Morini, the business manager for Deion Sanders. She is the cofounder of SMAC Entertainment which is the longtime representation for Sanders.

Sanders is giving Schwartz-Morini a tour of the lounge pointing out where video game consoles and barbershop chairs will be placed. He also acknowledges that Schwartz-Morini’s husband has agreed to purchase the video game systems for the area. Sanders describes her husband as a “very successful” businessman.

Short timeline is a huge hurdle

The two discuss the challenges of the short timeline based on the remaining construction needed and the fact that the school budget is currently exhausted. It’s then that Schwartz-Morini offers a point blank recommendation as a solution.

“I think you’re going to have to give up some of your salary to do this,” she said.

“Don’t forget, part of your salary is part of my salary so we’re a team. I think we give up a quarter of your salary,” she continued. Later she added, “this is your legacy we’re talking about.”

In his typical showman persona, Sanders mulls the idea before turning directly to the camera and doubling down, or up, the suggestion of Schwartz-Morini.

“I put more than that on it, to get this done for these kids,” Sanders says while clapping his hands for emphasis.”

“I’ll put half on it, to get this done. If you don’t believe me then check me. Check me. I will send you the receipts,” the coach continued.

Schwartz-Morini playfully, and probably seriously, points out that she’ll have to make that money back in other ways for Sanders. A point that he whole heartedly agreed with.

Overtime is on the menu

The donation from Sanders means that he will pump in $150,000 to fast track the remainder of the construction. On the video they discuss the notion of crews having to work double time and overtime to meet the date.

This isn’t the first time that Deion Sanders has donated his own money to the program. He has spent an undisclosed amount of his personal funds already on projects related to the football operations facility.

The new locker room was presented earlier this year but the team hasn’t been able to use the locker room yet as the rest of the center’s renovations remain incomplete.

When the team does move into the newly designed facility, its current space in the TB Ellis Athletic Annex will be made available to other teams on campus.

Deion Sanders will donate half of salary to finish football facility