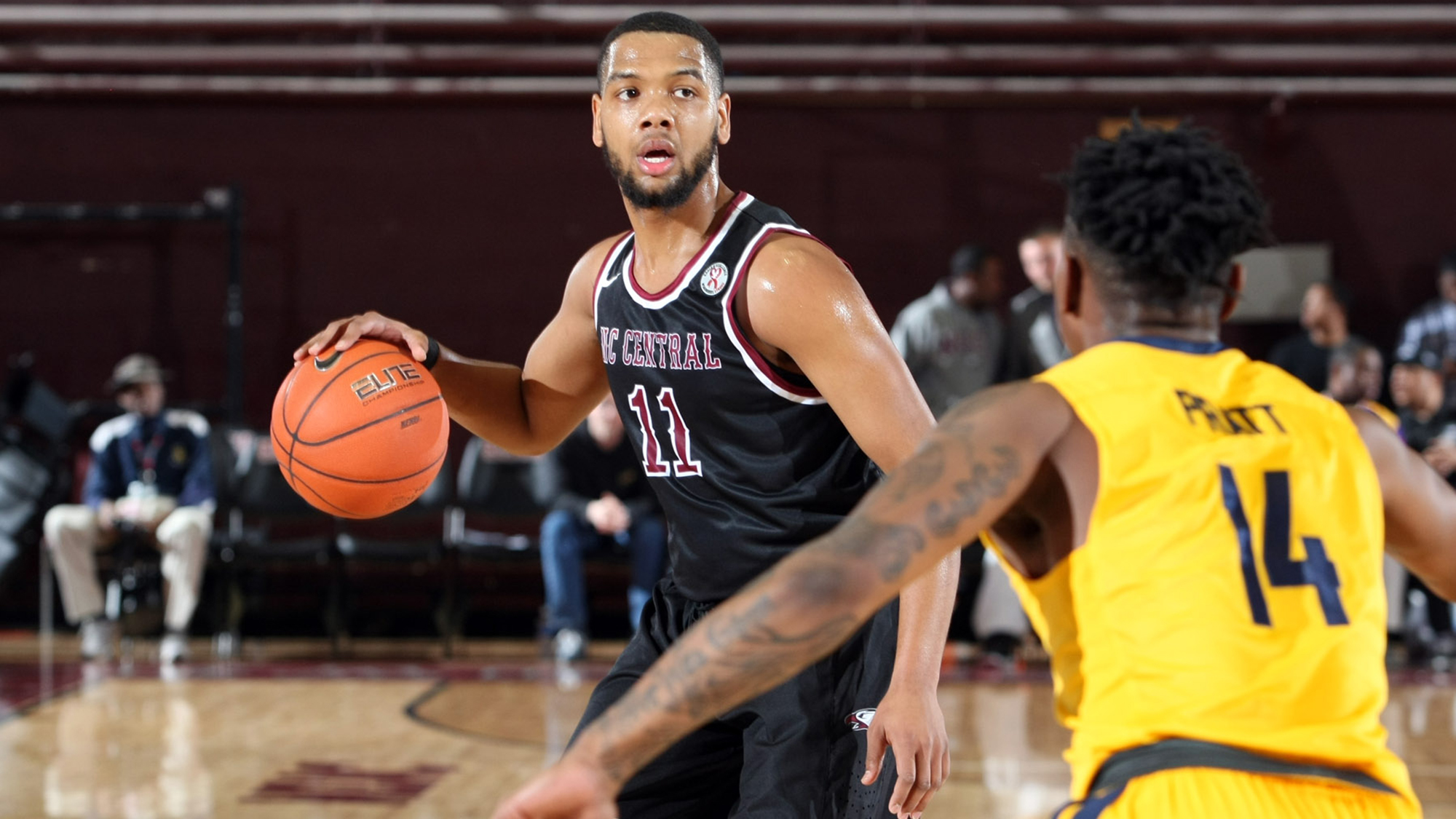 Patrick Cole headed back to NCCU to assist Levelle Moton

LeVelle Moton is filling a need on his NC Central staff with one of his former players — Patrick Cole.

Moton announced via Twitter on Friday that Cole will become his new director of player development.

“These words can’t describe how appreciative I really am of this opportunity!” Cole tweeted following the announcement. “Thank you for life Coach.”

Cole has spent the past few seasons coaching in the high school ranks, most recently at Good, Better Best Academy in Durham. He took over as head coach the past season after serving under former UNC star and NBA All-Star Rasheed Wallace.

Patrick Cole is a Newark, NJ native who started his career at Coppin State University under head coach Ronald “Fang” Mitchell. He spent one year in Baltimore before transferring to Siena. Cole would then transfer to NC Central (NCCU). After sitting out the 2014-15 season in Durham he became an impact player for head coach LeVelle Moton.

His senior season was one to remember. He led NCCU to a 25-9 record, including regular season and tournament titles. A preseason second-team All-MEAC projection, Cole averaged 19.6 points and 5.8 assists per game that season en route to winning MEAC Player of The Year honors.

Cole would go on to play professionally overseas, with stops in Bosnia, Kosovo and Hungary. He then joined Wallace’s staff at Durham’s Jordan High School in 2019. He also coached on the AAU circuit for the Sheed Wallace Select team. When Wallace moved to NC GBB Academy, Cole followed suit.

Now Pat Cole is back at his alma mater, which is looking to get back to championship form after being the dominant program in MEAC basketball during the 2010s.

Patrick Cole headed back to NCCU to assist Levelle Moton

696
The Latest in HBCU Sports and Culture