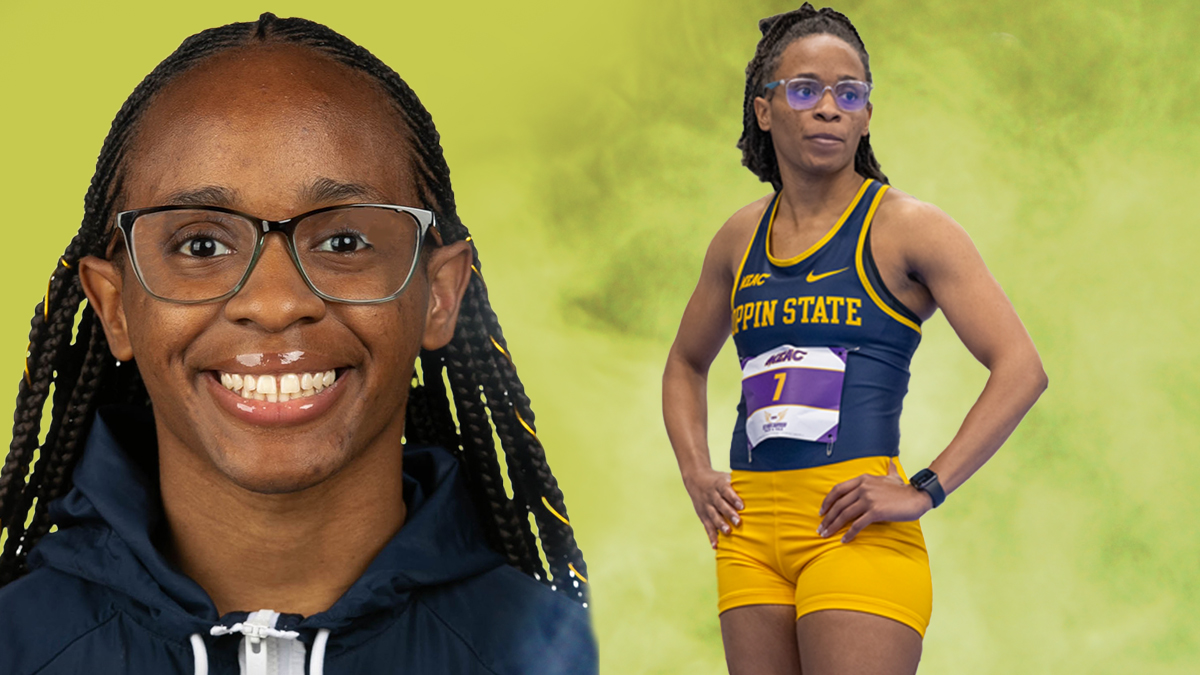 Coppin State sprinter Cathryn Lane has been named the 2022 MEAC Woman of The Year, the conference announced on Friday.

The Mid-Eastern Athletic Conference (MEAC) has named Cathryn Lane from Coppin State University as the 2022 Woman of the Year, the conference office announced.

The award, selected annually by the MEAC Senior Woman Administrators, celebrates the achievements of senior female student-athletes who have excelled in academics, athletics, service and leadership. This is the second-straight year that a CSU student-athlete received the MEAC’s Woman of the Year award with former volleyball player Salma Gonzalez taking the honor in 2021.

“It is my honor to congratulate Cathryn Lane as the first MEAC Woman of the Year during my tenure as commissioner,” MEAC Commissioner Sonja Stills said. “Cathryn has had a spectacular career, not just on the track, but also in the classroom and the community. She is the embodiment of the term ‘student-athlete,’ and I want to thank Coppin State’s coaches, athletics staff and academic support personnel, as well as Cathryn’s family, for their part in her success.”

The 2021-22 campaign saw Lane earn All-Region honors with the 4×400-meter relay team, which competed in the NCAA East Preliminary and ran a season-best 3:38.73. She also earned Second Team All-MEAC honors this past season in the outdoor 4×100-meter relay and the indoor 4×400-meter relay – and during the MEAC Indoor Championships, she set personal bests in the 200 and 400 meters.

Lane helped the Eagles win gold in the 4×400-meter relay this past April in the Norfolk State Invitational, running a 3:39.00 (which was a season best prior to the NCAA East Preliminary race).

A three-time MEAC Commissioner’s All-Academic Team honoree, Lane was a member of the National League for Nursing Leadership in 2021-22, and 2022 also saw her named a Mercy Hospital Alumnae Scholar by the Nursing Foundation of Maryland and the Deb Moss Foundation’s Jackie Robinson Award.

Lane was equally active in the community. In 2021, she participated in the Walk to End Alzheimer’s, helping raise funds and awareness for a breakthrough in the fight against Alzheimer’s and other types of dementia. She also coordinated the recruitmenmt of 35 student-athlete volunteers for the First Lady Wellness Challenge, and 2021 also saw Lane volunteer at the Waxter Senior Center, leading aerobics classes and educating seniors on cardiovascular health, nutrition and disease prevention.

In 2022, Lane gave a presentation for Red Dress Sunday, educating the community of cardiovascular diseases risk factors and methods of prevention.

Lane is now a candidate for the NCAA Woman of the Year award, which will be named in the fall.