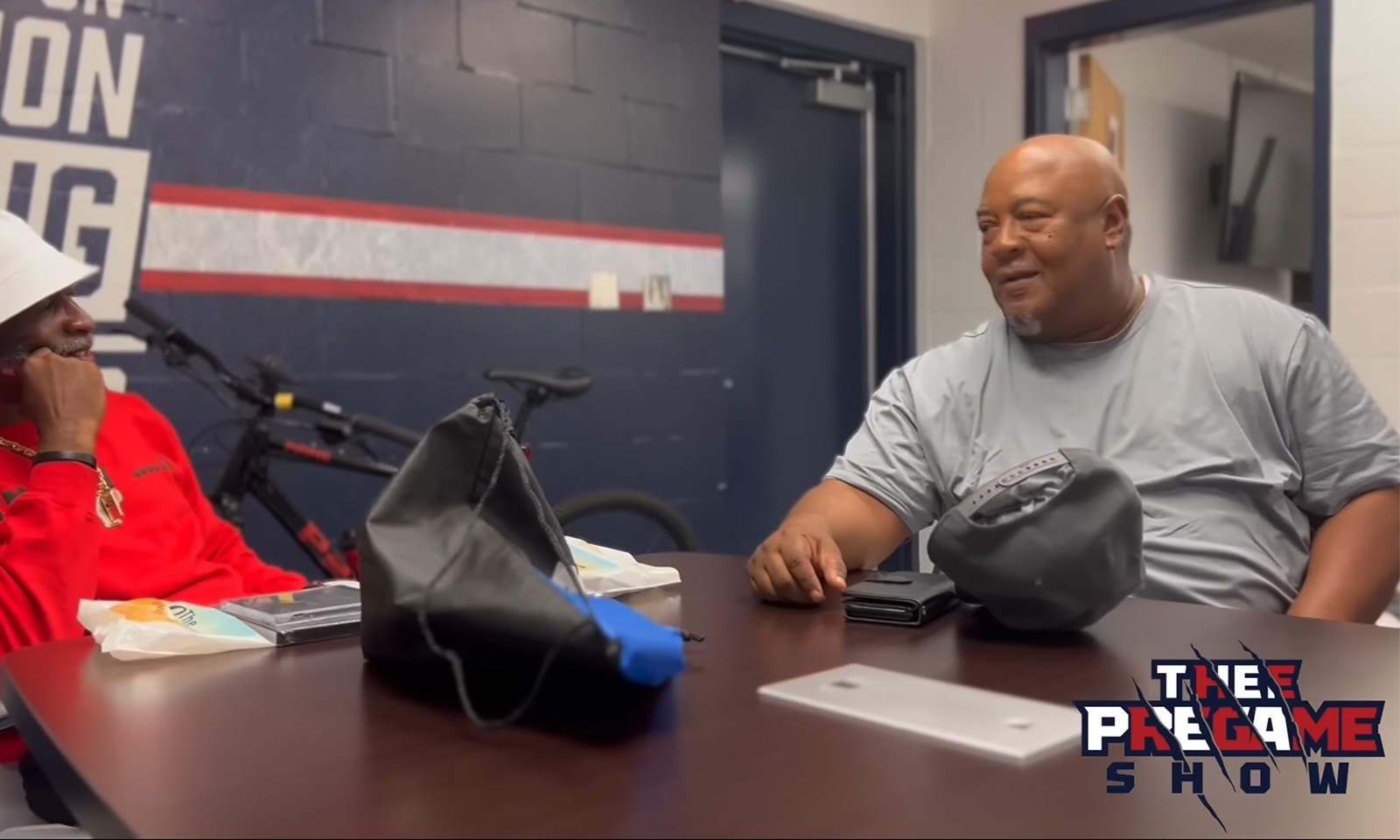 Thee Pregame Show has exclusive coverage of the meeting you can see here.

A Mutual Honor to Meet

“Well y’all have got me through many trials and tribulations,” Sanders said.

“Well praise the Lord,” Watkins said. “I like that.”

While Watkins time with the Canton Spirituals has given us one of the most unique voices of all time in gospel music, he also once tried his hand at football. He quickly realized that singing might be a better option.

“I played football and a dude hit me so hard, I quit,” Watkins said as Sanders laughed.

“That wasn’t for me but it was definitely for you,” Watkins said. “It’s amazing how a man can take one football, can lead to all of this. But not for everybody.”

Deion Sanders, a Blessing to Jackson

“I appreciate that,” Sanders said. “I take that serious.”

“You are,” Watkins said. “And Jackson needs some blessing. I take my hat off to you. If you can deal with these people, you’re a man.”

“You preaching now,” Sanders said. “You gonna make me get the organ up in here.”

Deion Sanders often jokingly requests for an organ sound effect to be added to his videos when he or someone else makes a good point. Christopher Neely from Thee Pregame Show has been known to oblige him on a few occasions.

Sanders maybe should consider adding an organ to his office décor as he has been known to quote a bible verse in conversation.

“We’re not only trying, we’re succeeding, brother,” Sanders said. “I always tell them and they’ve heard me say this a million times, the Bible says, thy rod and thy staff they comfort me. I have a tremendous staff that provides so much comfort and they have integrity and they’re good people.”

“You’re gonna always have that,” Watkins said. “Because when the Lord co-signs something, he’s gonna pay for it. And He’s the reason you’re down here. When he sends you somewhere, he’s going to surround you with the perfect people.”

“The devil going to do his job too,” Sanders added.

“You know what, he’s a bad boy, but he can’t play all positions,” Watkins said. “He just can do what he do. He don’t change nothing, he got the same strategy he’s been had since the garden.”

God is Gonna Have His Way

Sanders who often listens to gospel music in his office at Jackson State is a fan of the Canton Spirituals. But as one of the top players to ever play football, even famous people can get star struck around Deion Sanders.

“I’ve seen a lot of people, been a lot of places, but I’m actually excited about meeting you because I’m really proud of you, for real” Watkins said.

“You’re going to do it,” Watkins said.

“There’s one thing I do know,” Watkins said. “What you’re doing for these kids, the Lord loves it. You’ll be unstoppable. Because these kids, they need people like you.”

“We can talk around it all we want to, but these new kids, there’s just so many people that they’re gonna look up to,” Watkins said. “They’re different from us. You think so?”