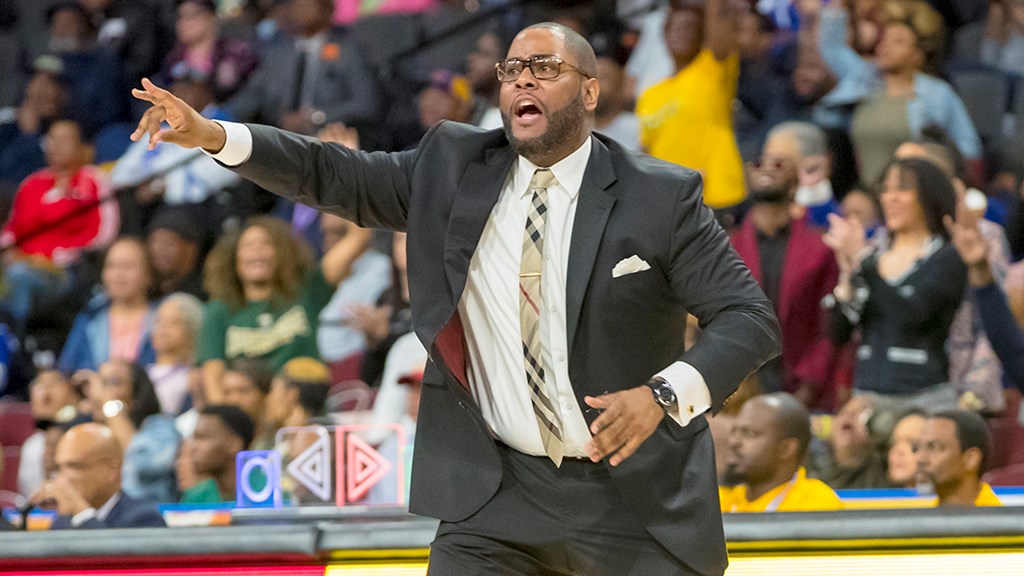 Robert Jones is excited to coach the team and return to his hometown for the opening round.

NORFOLK, Va. – Most Norfolk State fans are used to seeing head men’s basketball coach Robert Jones on the bench inside Echols Hall during a game. However, this summer NSU supporters can see him on a different court, one that is a bit closer to his roots. Jones will lead the HBCUnited squad as one of the participating teams in The Basketball Tournament. Sixty-four total teams make up the field of teams from all over the country with the winners receiving $1 million.

“It was an honor to be asked to coach the HBCUnited TBT team,” said Jones, “I have watched this tournament for years and it definitely has an exciting March Madness-type feel.”

Jones’ squad will begin the tournament in a place he knows very well.

Returning to the Rucker

As a Queens, New York native, Jones returns home for his opening round contests at Rucker Park in Harlem. Many consider Rucker Park as instrumental in kick-starting the careers of many legendary players. The courts will serve as one of the eight regional host sites for TBT, which is in its ninth-year of competition. Last year, Boeheim’s Army won the event defeating Team 23 in the championship. Over the course of the history of the tournament more than 400 games have been played and over $10 million in total prize money has been awarded. Only one team has won more than one championship with Overseas Elite winning four-straight titles from 2015 to 2018.

“For the event to be in the most legendary outdoor basketball venue in the world, Rucker Park, in my hometown of NYC adds extra excitement. I cannot wait to go back home!” added Jones.

HBCUnited will feature several players familiar to Spartan fans with former players like Devante Carter, Derrik Jamerson, and Steven Whitley all taking the court. Their first game will be taking on a team named Skip To My Lou, coached by former NBA player and fellow Queens native Rafer Alston. The game between No. 4 seed HBCUnited and No. 5 seed Skip To My Lou can be seen on ESPN3 on Saturday, July 16 at approximately 8 p.m.

“As a current HBCU coach, this gives another platform for our student-athletes to be showcased to the world. I look forward to putting forth the best effort for these young men to increase their profiles and HBCU athletes in general in such a national platform.”