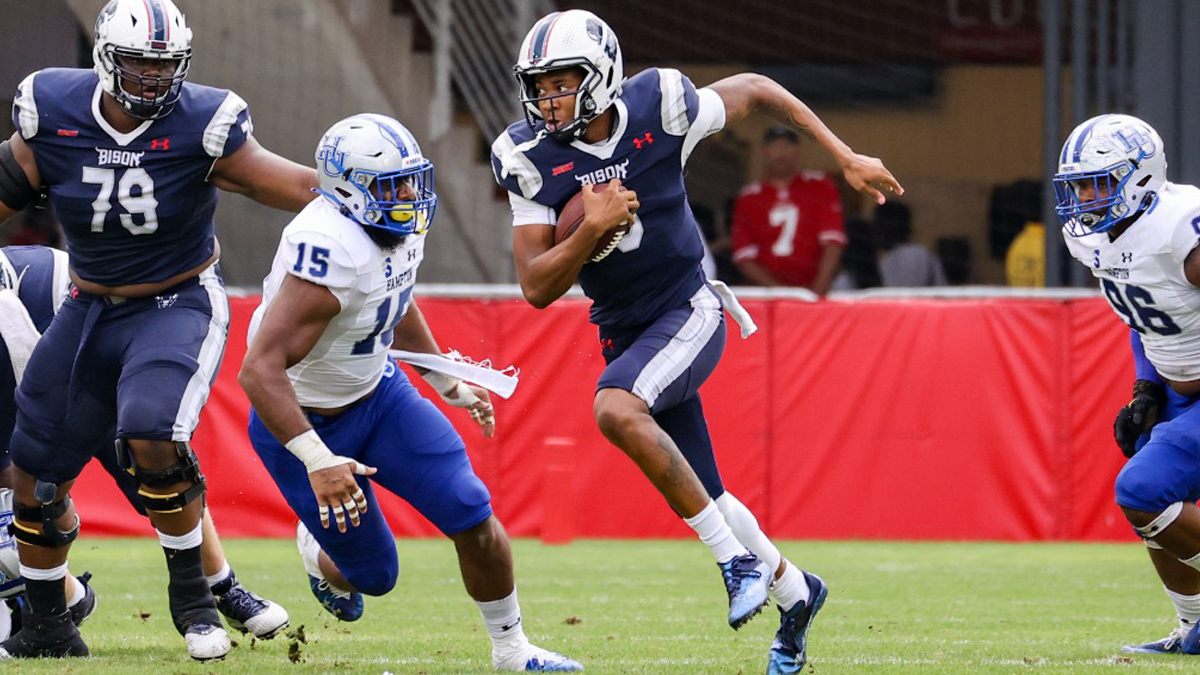 Howard University in summer crunch to prepare for MEAC/SWAC Challenge

Howard University is preparing to take on Alabama State University in the MEAC/SWAC Challenge, which means its summer is cut a bit short.

Howard University head coach Larry Scott is well aware that his program will be one of the first to play when it matches up with Alabama State in the MEAC/SWAC Challenge.

The August 27, game is a part of “Week Zero,” which is the official kick off to the 2022 college football season.

“It’s an exciting time, but I think what it brings to the fruition is that we got to have a sense of urgency about where we’re at and what we’re doing each day and in our response to everything that we’re doing, we have to be very intentional in how we do things,” Scott told HBCU Gameday at the MEAC/SWAC Challenge Press Conference. “And every day is just as important as the other day.”

While fans may be excited about seeing Howard University and Alabama State square off early in Week Zero, it adds a degree of difficulty for coaches in Scott’s eyes.

“It’s just like every down in football, as important as the last down. So I think just getting our young people to understand that sense of urgency that we have to have, be smart with their choices and their decisions, really just really make this time a focal time of getting ready, to get rid of self-distractions and doing all those type of things is critical for us, especially since we have a — somewhat, moderate  — late start that we get, we don’t work with the same amount of weeks that a lot of people get to work with it.”

Coming off a 3-8 football season in 2021, Scott and Howard are hoping to take a step forward in 2022 starting with the MEAC/SWAC Challenge in Atlanta against Alabama State. The program brings back several key players — including starting quarterback Quinton Williams — as well as a solid crop of newcomers, including Eden James. James was a three-star running back and is the son of Pro Football Hall of Famer Edgerrin James.

Howard University in summer crunch to prepare for MEAC/SWAC Challenge