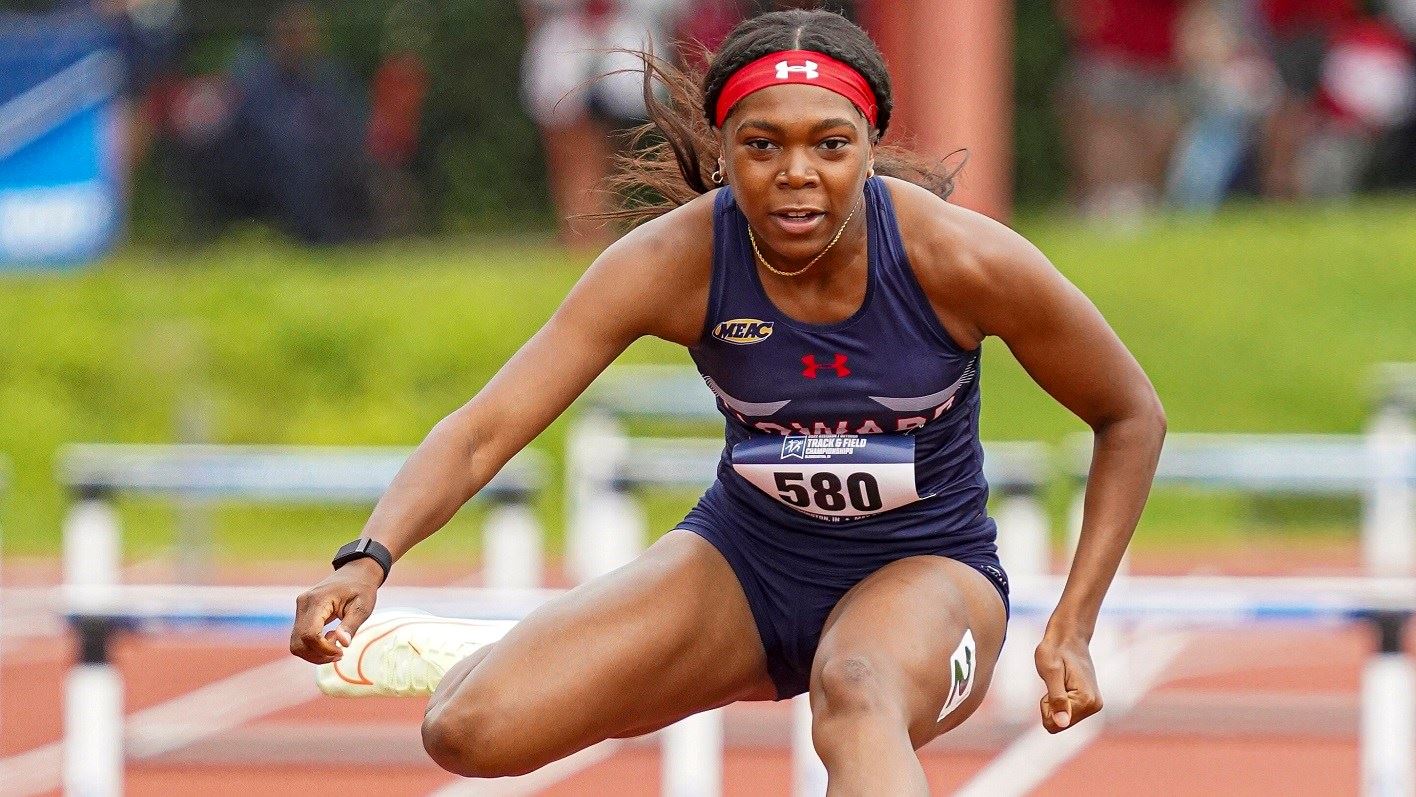 A quartet from Howard University will head to the NCAA Championships at Eugene Oregon, including its 4x400m relay.

BLOOMINGTON, Ind. (May 28, 2022) – Howard University women’s track & field program wrapped up the final day of the NCAA East Preliminary Round with four Bison punching their tickets to Eugene for the 2022 NCAA Outdoor Championships.

Individually, Gbai secured a spot in the 200-meter dash after producing an AQ mark of 22.77 (school record). The Philadelphia native also took part in the 100-meter dash, falling just short of qualifying (11.51).

Wright competed in the 400-meter hurdles, winning her heat with a time of 57.26 while moving on to Eugene.

Scott participated in the 400-meter dash but came up short of advancing as an individual (52.91).

Howard University sophomore Kaya-Rae Dunbar (Burtonsville, Md.) saw her season come to an end in the 100-meter hurdles, clocking in at 13.53.