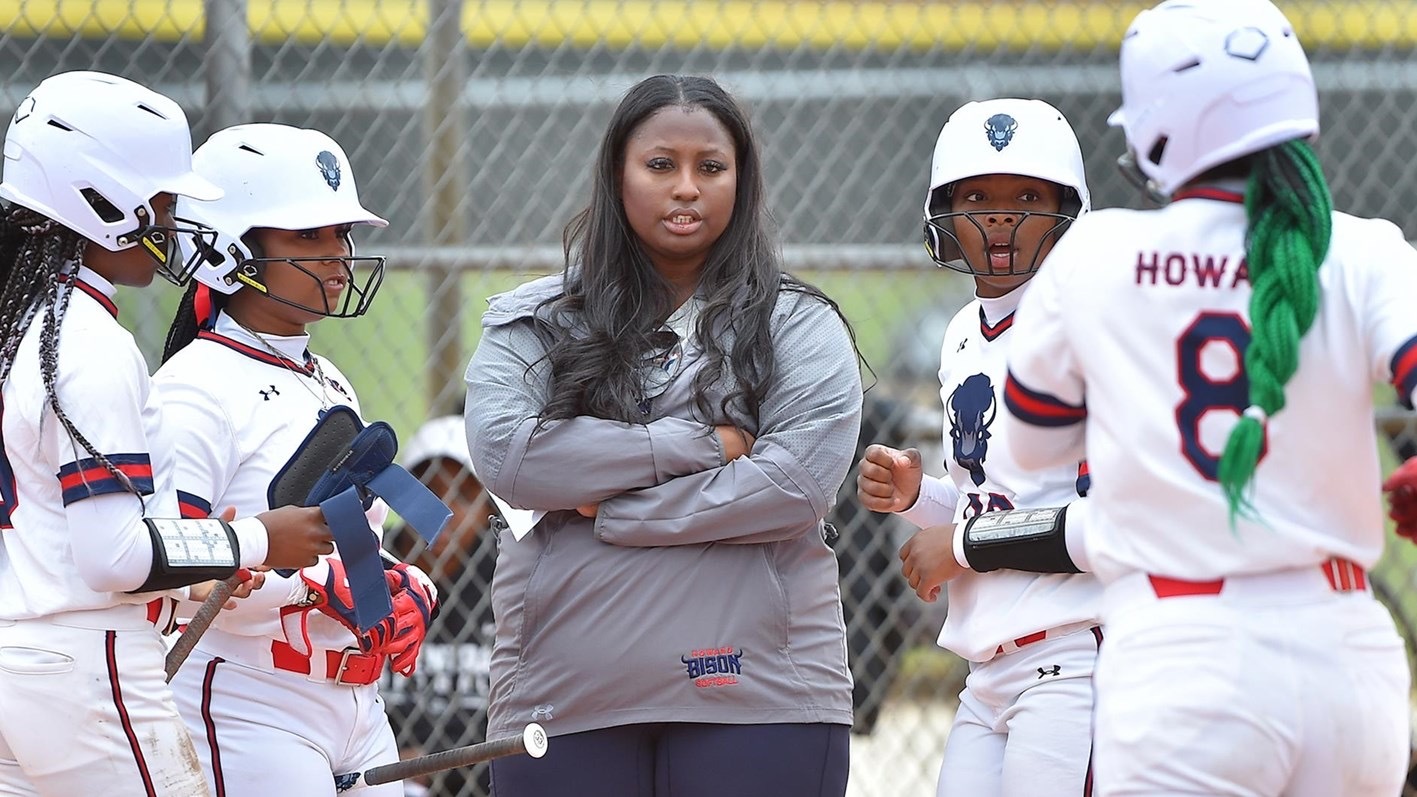 Despite the outcome, Howard produced more hits than the Bulldogs, including senior outfielder Kalita Dennis delivering a two-run blast.

Despite the outcome, HU (31-24) produced more hits than the Bulldogs, 7-6, including senior outfielder Kalita Dennis (Elk Grove, Calif.) delivering a two-run blast over the left field wall. For her efforts, the California native scored the Bison’s first two runs in program history during the NCAA Tournament.

Fellow classmate Camille Navarro (Los Angeles) also registered a hit, along with a walk and run scored in the loss.

MSU (34-25) scored five unearned runs on one hit during the first three innings of play, capitalizing on three Bison errors.

Top six, senior Tracy Mosley (Jonesboro, Ga.) provided a spark for the Bison in her final hurrah, tossing 1.2 innings with a pair of strikeouts.

Navarro opened the bottom six with a leadoff double to left center and put HU in prime position to get on the board. With one away, Dennis delivered the historic two-run moonshot and pulled the Bison within four, 6-2.

The rally continued with a hit-by-pitch walk by newcomer Sidney Fletcher (Whittier, Calif.), followed by a two-out single from fellow rookie Shalon McNeal (Lima, Ohio); thus, putting runners on the corners. Next, HU utilized aggressive base running to bring home Fletcher and cut the margin to three after six innings, 6-3.

Next inning, MSU’s Aspen Wesley sat down HU in order and advanced Mississippi State to the next round where they will face South Florida in another elimination match.

In their four years together, the senior class produced 70 victories, including back-to-back winning seasons (2021 & 2022), while earning the program’s second MEAC Championship a week ago.

Howard softball wrapped up its fourth year under Coach Tyson, highlighted by a program-best 31 wins in a single season. Next season, HU looks to defend its MEAC crown and return to the NCAA Tournament.