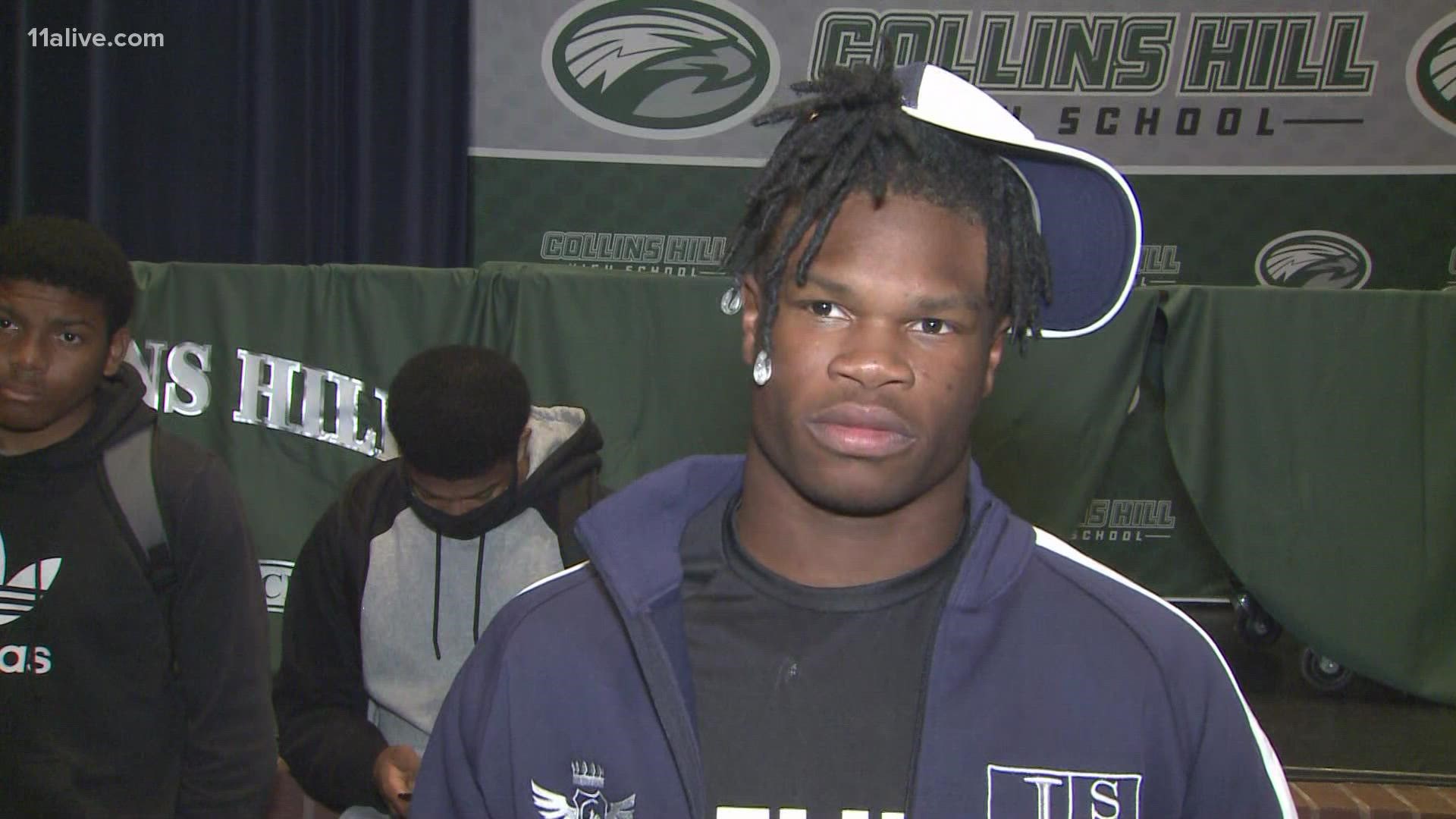 Travis Hunter responds to accusations that he received a million dollar endorsement deal to sign at Jackson State.

Ever since Travis Hunter picked up the Jackson State hat back in the early signing day in December, the rumors swirled he was getting a million dollars to come play at JSU. Alabama head coach Nick Saban recently repeated the rumor in an interview and now Hunter is speaking out.

“Jackson State paid a guy a million dollars last year that was a really good Division I player to come to school,” Saban said in a recent speech. “It was in the paper. They bragged about it. Nobody did anything about it.”

While Saban didn’t name Hunter directly, he might as well have put up a photo with his power point as the rumor was widely circulated.

Travis Hunter — the subject of the rumor — addressed it head on Thursday via Twitter.

“I got a mil (million dollars)? But my mom still stay in a three bedroom house with five kids,” he tweeted with a laughing emoji.

It was no laughing matter to Hunter’s coach. Jackson State head Coach Deion Sanders immediately called Saban’s remarks a “lie” and promising a response. A few hours later he issued a tweet that appeared to reference the situation.

“Trust starts with Self !,” he tweeted. “It’s extremely hard to trust someone when u don’t trust yourself! What you’re saying is if u had that same opportunity u would do wrong. Therefore u must build Trust in u & trust GOD then your trust of others would register stronger than ever. #CoachPrime“.

Travis Hunter was considered the top prospect in the 2022 recruiting class by most experts and was expected to play at Florida State. He flipped his commitment from FSU to JSU, signing with the HBCU squad and shocking the world. And the rumors began. Sanders addressed them once back in December.

“A million and a half? I heard a million in a half. I heard Dave Portnoy from Barstool. That’s the biggest lie I’ve ever heard,” Sanders said. “You know what that is? That means we kicked you butt, we took what was ours, and now you’ve got to make up an excuse why. Ain’t nobody getting no million and a half. I wouldn’t pay my son a million and a half in NIL. How am I going to coach a guy making more than me?”

Hunter has previously stated that he has only one NIL deal at the moment. That deal is with J-5 Cafee — a black owned coffee company based in Mississippi.