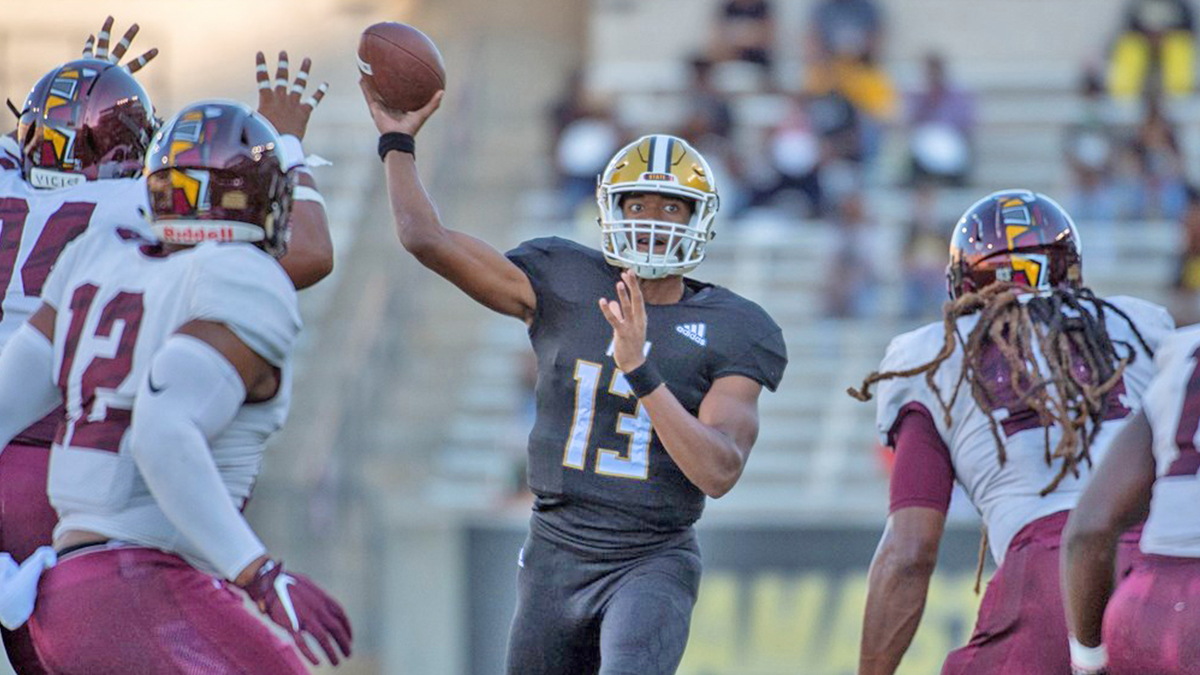 Ryan Nettles, the SWAC Freshman of the Year last spring, has decided to part ways with Alabama State.

Ryan Nettles looked like quarterback of the present and the future for Alabama State football after the 2021 spring season. Now he’s looking for a new football home.

The 2021 Spring SWAC Freshman of the Year officially hit the transfer portal this week. The 6’4 quarterback out of Evergreen Alabama has three years of eligibility remaining.

Nettles came on strong during the abbreviated spring season when he was named the SWAC Newcomer of the Week four times and the SWAC Offensive Player of the Week once. He also finished the season with 917 yards through the air on 85-for-144 passing and eight touchdowns, with a 59.0 completion percentage and was one of the top five quarterbacks in every statistical category.

It was an impressive start for a young man who hadn’t played football in years prior to Feb. 2021. After leading Hillcrest High to a state championship as a junior, Nettles was ready for a big senior year. But adversity struck in the form a torn ACL and meniscus early that season, ending his high school career. He had to pick between Alabama State and Alcorn State, ultimately choosing to stay in his home state. His recovery was so slow that at one point, he considered giving up the game.

“It was tough. It was a mental thing,” Nettles told HBCU Gameday last spring. “I knew I’d be able to get back on the field, but it was about me getting myself back where I needed to be and even better.  I wanted to be better than I was before.

Nettles and ASU arrived in the fall with hopes of taking steps forward, but the quarterback and the team got off to a slow start. The offense sputtered and through the first two months of the season Nettles had just two touchdown passes to three interceptions. Nettles had some solid games against Alabama A&M and Prairie view near the end of the season, but by then Donald Hill-Ely was let go and the program was officially in transition.

Alabama State hired Eddie Robinson Jr. as its new head coach following the season, and he’s brought an influx of talent with him via the transfer portal. One of those players is former Auburn quarterback Dematrius Davis. In comes Davis, a player who committed to an SEC program and out goes Nettles, a player that got his chance from HBCUs after being hurt. The saying goes — the transfer portal giveth and the transfer portal taketh. Now Nettles will taketh his talent to another program and look to compete.