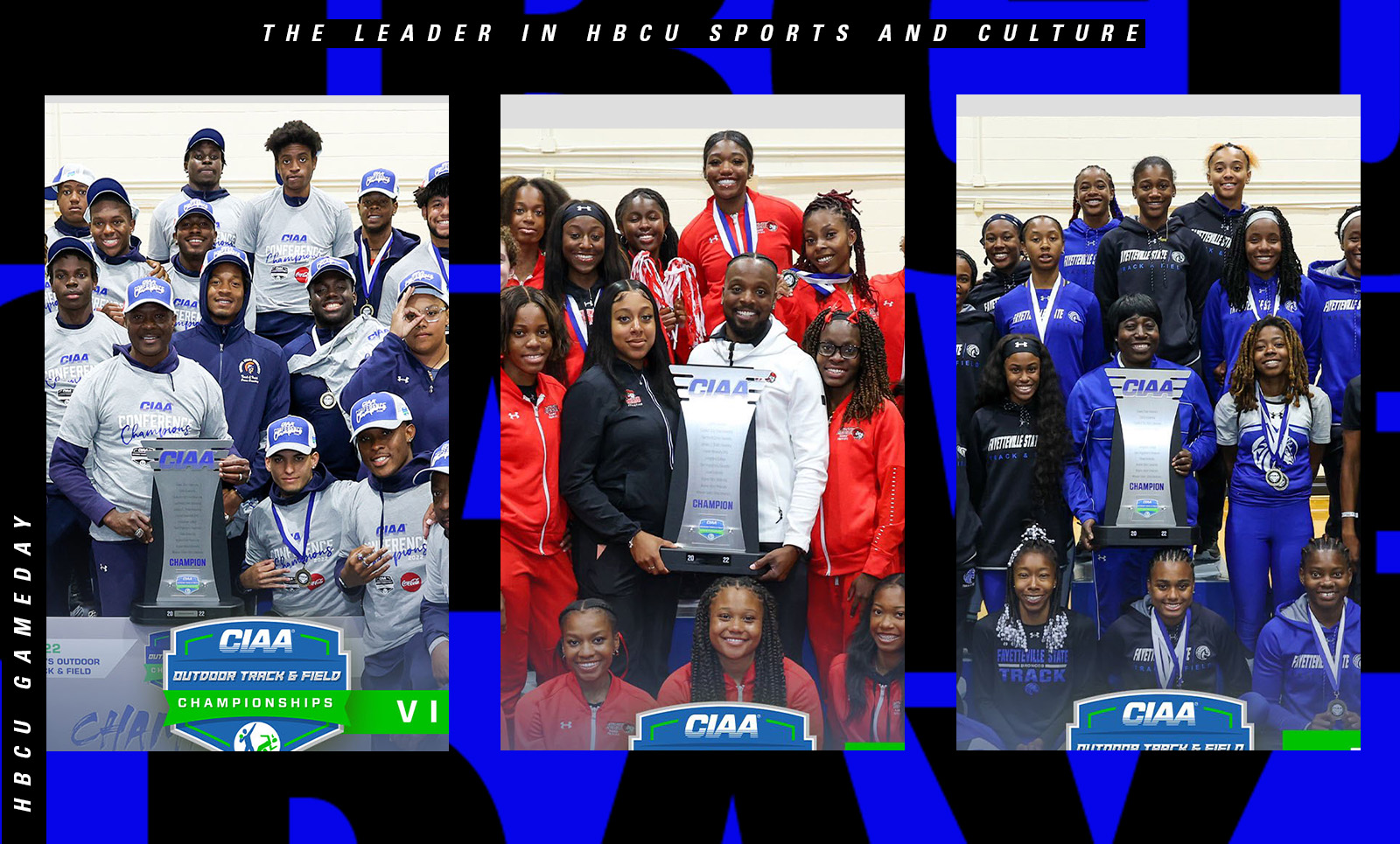 Virginia State cruised to the men’s title while Fayetteville State and Winston-Salem State were crowned women’s co-champions after battling to a tie in the 2022 CIAA Outdoor Track & Field Championships at Bowie State on Saturday.

Led by Jalen Brownlee, Virginia State coasted to victory during a rainy two days for its seventh men’s outdoor title, its first since 1981. In winning their latest crown, the Trojans snapped Saint Augustine’s 22-year hold on the men’s championship.

The Trojans, also the CIAA men’s indoor champ this winter, scored 190 points. Johnson C. Smith was the runner-up with 116 points and Livingstone placed third with 99 points.

The CIAA women’s title came down to the last event – the 4×400 relay. Fayetteville State won the race but Winston-Salem State placed third as both teams finished the meet with 149.5 points. Johnson C. Smith was third with 124 points.

Brownlee of VSU dominated the long distance events, winning the men’s 800, 1500 and 5,000 races to earn Men’s Track MVP. Isaiah Ramadene was victorious in the discus throw and Devonte Moore was the shot put winner while Emmanuel Oguntoye placed first in the triple jump for the Trojans.

In the women’s division, Winston-Salem State led most of the meet but Fayetteville State mounted a furious rally on Saturday. The Broncos trailed the Rams by 22 points after eight events but came back to take a three-point lead after 14 events.

Vanessa Jones put the Rams back ahead by four points after winning the women’s 3,000 run, setting up a showdown in the 4×400 relay. The Broncos’ foursome of Teanna Bell, Mya Johnson, Shania Ingram and Queen Burnett crossed the finish line first and the Rams’ quartet of Tamia McLean, Wynter Stample, Imani Tatum and Tinasia Davis placed third as both teams ended the meet tied for first in the women’s standings.

The women’s outdoor title was the first for Fayetteville State, but the Broncos have claimed three conference championships (2 indoor, 1 outdoor) in three seasons as a university-sponsored track and field program, including this year’s indoor title. The Rams captured their third league outdoor crown in six seasons, but the championship meet was canceled the last two years due to the COVID-19 pandemic.

Virginia State swept the individual track awards as Kyera Frank was named Women’s Track MVP. She won the 1,500 run and placed second in the 800 and 3,000 runs.

The Field MVP Awards went to Zaria Nelson of Claflin (women) and Glen Butler of Lincoln (Pa.) (men). Nelson won the women’s shot put and placed second in the discus throw. Butler was a double winner as he claimed the men’s long jump and high jump.

Inez Turner of Fayetteville State and Antonio Wells of Winston-Salem State were chosen CIAA Women’s Co-Coaches of the Year. Wilbert Johnson of Virginia State was named CIAA Men’s Coach of the Year.