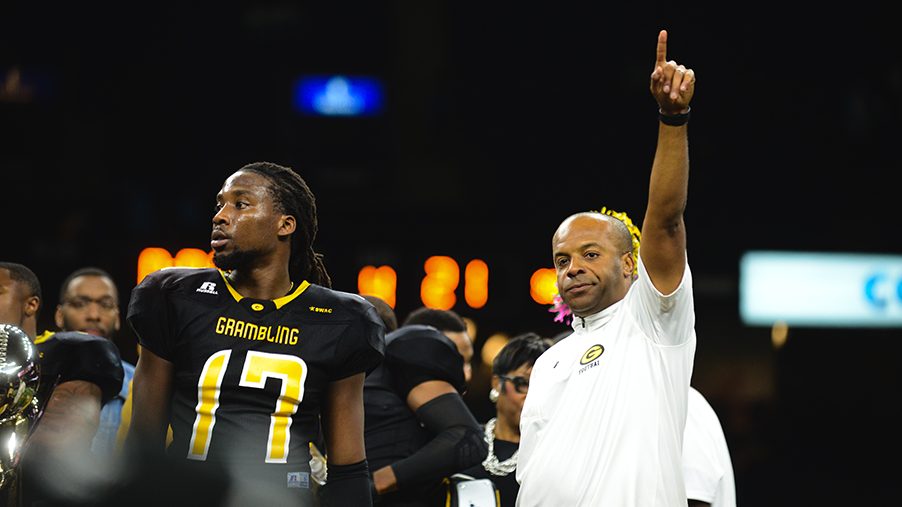 Broderick Fobbs back in the coaching game

Former Grambling State head coach Broderick Fobbs is back in the coaching game, but at the high school level.

Six months after being let go from his alma mater, Broderick Fobbs is back in the coaching game.

The former SWAC Champion and Celebration Bowl winning coach has been hired at Ruston (LA) High School. He will serve as running backs coach under Jerrod Baugh at RHS.

“That’s a big deal,”  Baugh said. “I think everybody is fully aware about what a big deal it is, especially for the kids. The experiences he’s had, all the places he’s been, and just the great guy he’s been for our kids and the coaching staff – he’s going to be a lot of help for me. Not just for coaching the running backs, but helping on the offense overall. He’ll be a lot of help.”

Coaching is in Fobbs’ blood as his father, Lee Fobbs, coached at several schools including North Carolina A&T. Before Fobbs coached at Grambling State he played running back for the legendary Eddie Robinson back in the 1990s. He took over the program in 2014 with the program at rock-bottom following player-led protests that included refusing to get on a bus to play Jackson State.

Fobbs was relieved of his duties prior to the Bayou Classic last fall. He appears to be taking it all in stride.

“We’ve been through a lot as a family,” Fobbs said. “There’s a lot of change going on in my family. My daughter is going into high school as a ninth grader, and my younger daughter is coming up right there behind her. It was one of those things where we just wanted to stay put and see what happens.

“It’s really been about being around here and going to all the practices and games and being able to really support my own kids for a change. I’ve pulled into so many other people’s kids for years, that now I’m doing that with my own children.”

Broderick Fobbs back in the coaching game