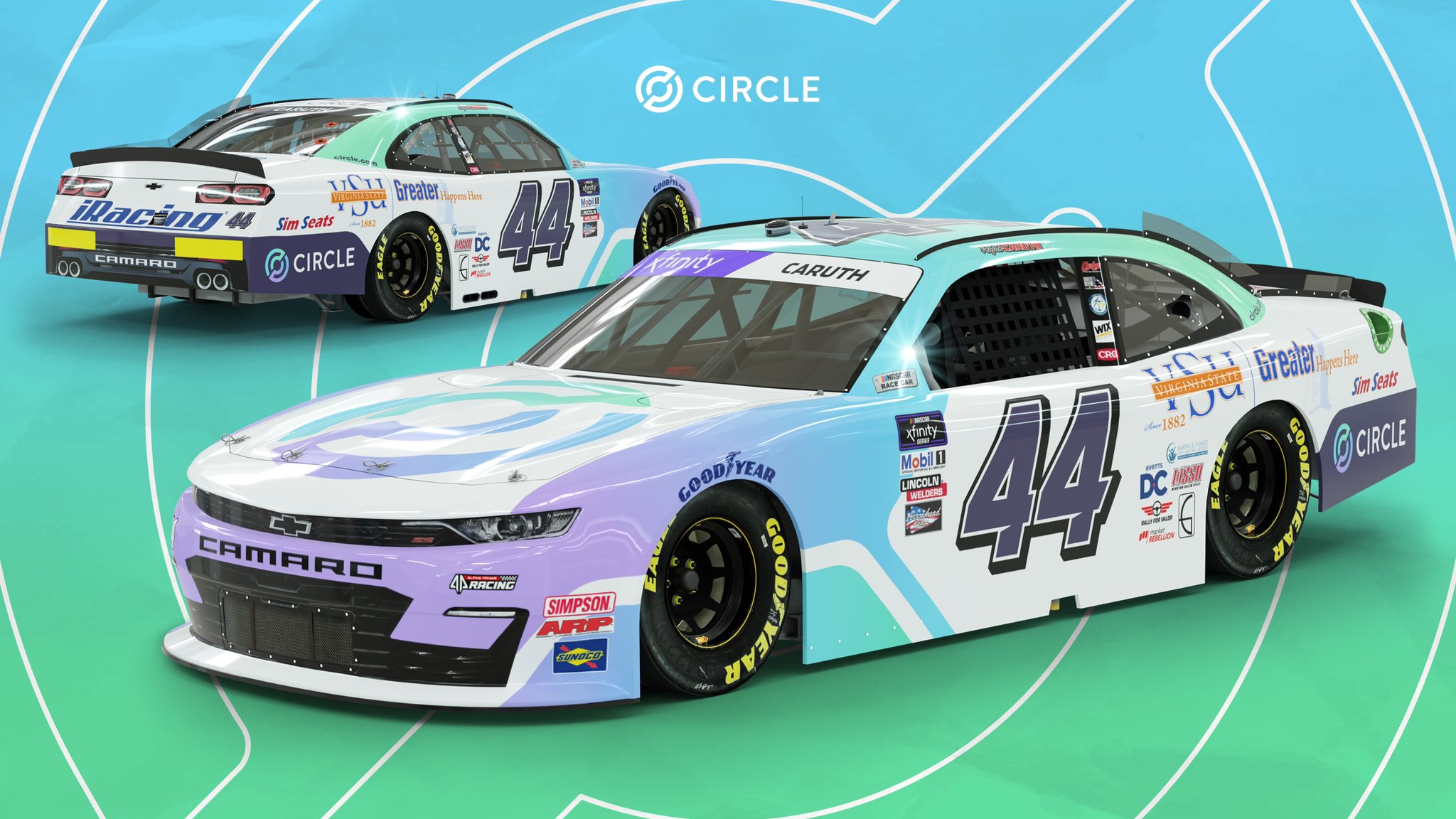 The WSSU student will be back on TV racing this weekend.

It’s been one heck of a week so far for WSSU student and professional race car driver Rajah Caruth. He’s currently the points leader in the Menards ARCA racing series after a solid run at Talladega. Maybe more importantly he’s secured another sponsorship partner for his budding career in NASCAR’s Xfinity Series.

Caruth announced on social media Monday his race team’s new partnership with Circlepay. The company’s website describes itself as a global financial technology firm that’s at the center of digital currency innovation and open financial infrastructure.

“I’m ecstatic about building this relationship with Circle for years to come!!” Caruth wrote on social media while showing a full mockup of the car and its color scheme.

This is the first foray into auto racing for Circle, and its CEO seems to be all in on the opportunity. Rajah Caruth is where the sport is headed according to Jeremy Allaire.

“@rajahcaruth_ is going to be the future of @NASCAR — breaking new ground on so many levels,” Allaire wrote on Twitter.

The No. 44 car will be in the field at the Dover race on Saturday, the concrete track better known as “The Monster Mile” It will be the second Xfinity series race for Caruth who drove in the Richmond race earlier this month. Caruth will drive six races for Team Alpha Prime in the Xfinity series this year.

Caruth will also race in the ARCA East series at Dover this weekend, which will give him double duty on Friday and Saturday.

You can watch the Dover race on Saturday on FS1 beginning at 1:30pm EST.