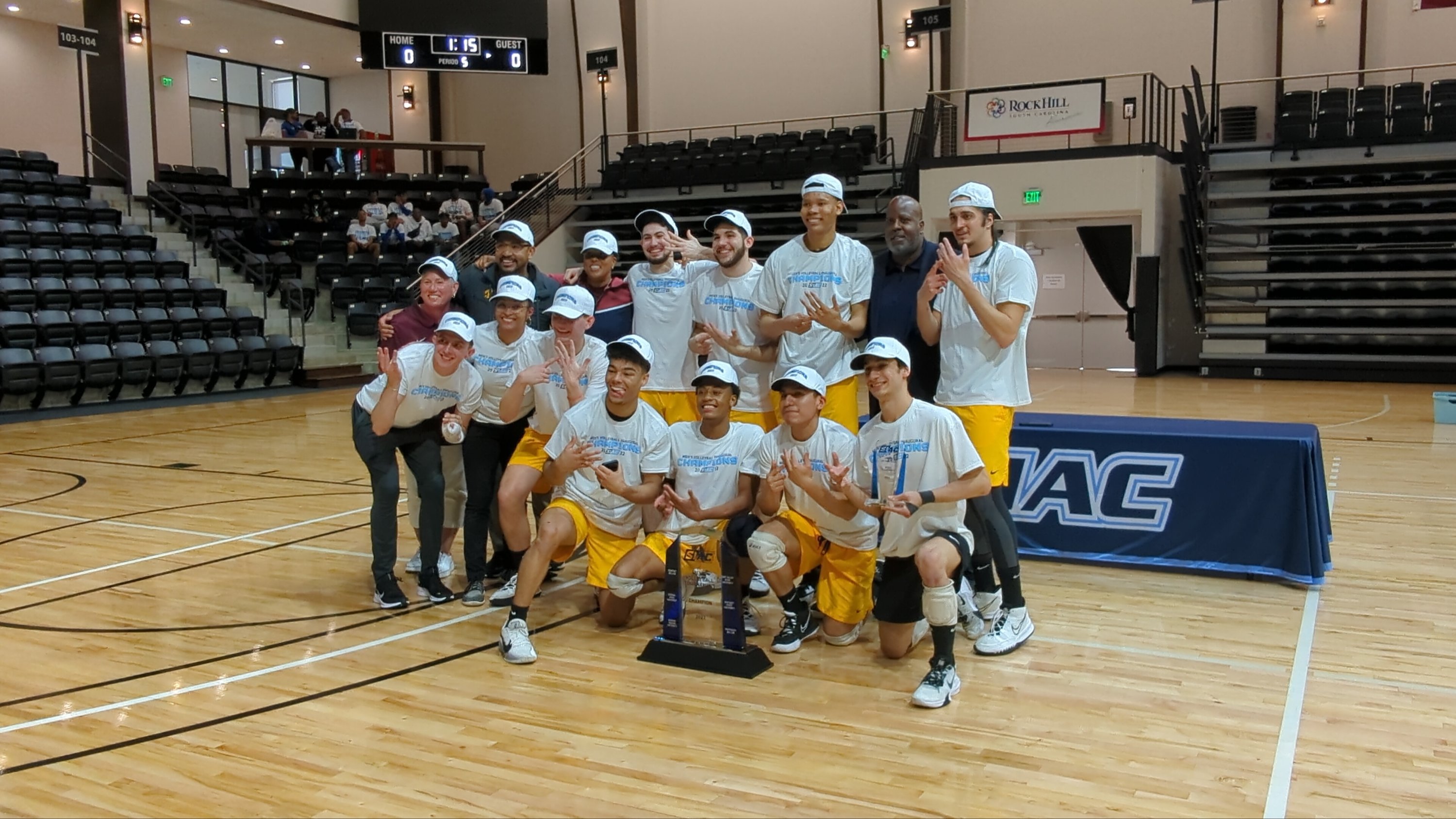 ROCK HILL, S.C. – A historic week is in the books after the Central State Marauders won the first ever SIAC Men’s Volleyball Championship. They defeated Edward Waters 3-2 Thursday afternoon at the Rock Hill Sports and Event Center.

CSU head coach Ray Lewis was ecstatic not just about the win, but what the tournament means for HBCUs going forward.

“It’s incredible for HBCUs. I was sitting up there at one point I saw a young black athlete sitting with his dad watching men’s volleyball,” he said. “And to see him to be able to sit there and watch and feel encouraged and know other people that look like you play this game and they’re champions and they do it at a high level it means a lot. I’m excited to see what it’s gonna do for HBCUs.”

It was a closely contested battle with CSU taking a 2-1 lead after three sets. EWU fought back to win the fourth set 25-14 and hung tough in the fifth. The Marauders would take control in the fifth, winning 15-11 and avoided having to play another game in the double-elimination tournament.

The Marauders made it through the double-elimination tournament unscathed and Lewis said that was a testament to the fight his team has shown all season.

“It was a phenomenal season I mean we went through a lot of adversity,” he said. “[We had] injuries, you know people being here, people not being here, so it’s just awesome to be at the end of it and to know that they stuck true to our game plan and that they were bought in all year. To finish it out with the championship, these guys deserve the world.”

While CSU will get to celebrate bringing back the first ever SIAC volleyball championship trophy to Wilberforce, Ohio, SIAC commissioner Gregory Moore said everyone involved in the tournament has something to be proud of.

He noted how proud he was of the conference for leading the way on this endeavor.

“We are an example for young people and nothing is more powerful than an image,” he said. “We cannot overstate the importance of young people watching other young people that look like them playing the sport of men’s volleyball.”